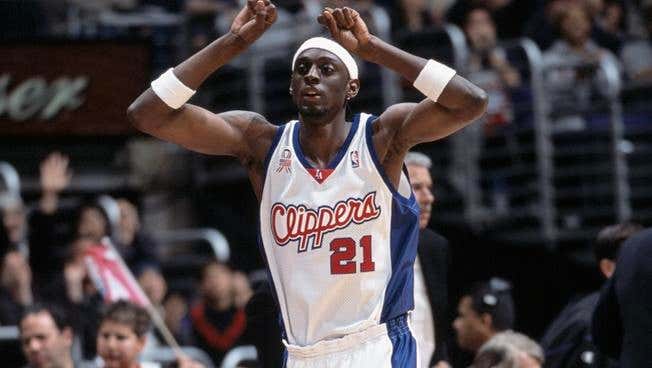 [Players Tribune] - I’m about to tell you how I almost died at Alonzo Mourning’s crib in the year 2000 on some dumb shit.

For those who don’t know, Zo’s Summer Groove is legendary. Actors, singers, ballplayers. It’s like a whole week of camps for the kids, and cookouts, and parties. Iverson’s gonna be down there. Marbury. Gary Payton. Lenny Kravitz. Tommy from Martin. We got to hang out at Zo’s house, and Zo is the man. Zo is the best guy on earth. So Zo being Zo, he’s like, “You guys should go out on the WaveRunners!”

Now, what you gotta know is ? there were all these boats docked in the marina. But one of them was real low in the water, like a speedboat or something. You could barely see it. So there was this little red flag sticking up out of the water. Before we went out, I remember Zo saying something about this little red flag. “Watch out for that little red flag,” and such and such.

I hit the edge of that boat with the Jet Ski and I flipped ? I’m talking flipped that bitch. And now I’m upside down, flying through the air. And I can just see the newspapers flashing in my mind, like, NBA ROOKIE DIES IN DAMN JET SKI ACCIDENT IN SOUTH BEACH.

So I do a little tuck-and-roll or whatever, and I hit the water. Ploosh. Go under. Now, you might not know this about me, but I can really swim. I’m like the black Michael Phelps. That’s no problem. But the thing about me is, I don’t do ocean water. Too murky, man. If I can’t see underneath me, I’m out.

No joke, this was the best thing I’ve read in a long, long time. I mean Darius Miles was absolutely hilarious and open all at once in this article. It’s a must-read, I’m not even lying. He starts with the story of how he almost died flipping a jet ski at Alonzo Mourning’s house. That’s not even the best thing about that story. He calls himself the black Michael Phelps! That’s just the perfect line to lead into ‘but I don’t do ocean water.’

But, then he gets into growing up in East St. Louis and how crazy that is. Arguably more importantly though he gets into the young Clippers team. The one that was centered around him, Q Richardson, Lamar Odom, Corey Maggettee and Keyon Dooling. That team would be the most viral team if they came 15 years later. I love the image of them rolling in 5 deep everywhere they went. But, think about how young that core was and how much Donald Sterling and the Clippers fucked it up. That’s a group of guys that made the game cool. If you are old enough, you 100% did the double tap on the head while playing some hoops. Everyone did that and you’re lying if you didn’t. So simple. So awesome.

Unfortunately it’s not all a great story though. He gets into how depressed he got after his mom died and essentially watching her die in front of him. He opens up about his battle of depression and how he didn’t leave his moms house for a year after she died. What does warm my heart though is the fact that he moved down the street from Q. These guys have been boys forever and as someone who loved that old school Clippers team, it’s good to see them getting through shit together.