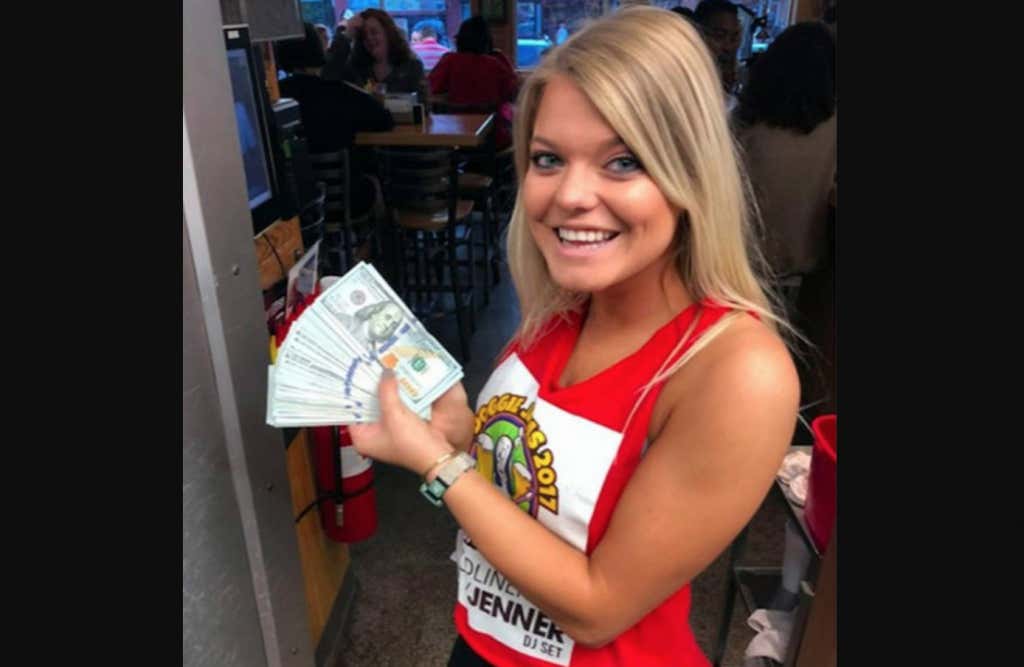 He had a few sips, then left $10,000 in cash on a table, with a note that said “thanks for the delicious water,” Sup Dogs owner Brett Oliverio told The News & Observer in an interview. This was no ordinary generous customer.

“They just told me about their YouTube channel and how they were going around blessing servers’ days,” she said. Then, Mr. Beast and the other man returned to rejoin their crew and Custer said she “hugged them all.”

“I was so blessed to have that money,” she said. “I mean, most of us that work at Sup Dogs are broke college kids and that’s going to help me out so much. We got to all split it up, which will help a lot of people.”

Mr. Beast is a North Carolina YouTuber named Jimmy, with more than 8.8 million subscribers who has done multiple videos featuring large donations, such as $30,000 to his favorite Twitch streamer, dropping $20,000 from a drone, tipping a pizza delivery person $10,000 in cash and more.

So YouTube superstars have all the money. All of it. It’s no joke. I had never heard of this guy Mr. Beast before, and as it turns out, he has close to 9 million YouTube subscribers and his videos regularly get millions upon millions of views. I mean he makes videos about anything, sometimes money giveaways, sometimes random other shit, and I guess they are very good because look at these numbers:

I think people want to hate on this Mr. Beast fella but I can’t do such thing. He has the recipe down to a science. He’s the Heisenberg of YouTube, and he doesn’t seem as obnoxious as Logan Paul, so that’s a plus. Plus, leaving $10,000 in cash is probably nothing compared to the publicity his YouTube channel gets as a result. Just a drop in the bucket in exchange for another 5 million views on a video and an article in the local newspaper and this here smut blog.

And plus, Sup Dogs is awesome. Shout out Bret. If you’re ever down at ECU or UNC stop by. Tell em Natey Boy sent you. It won’t actually get you anything but you can still say it.