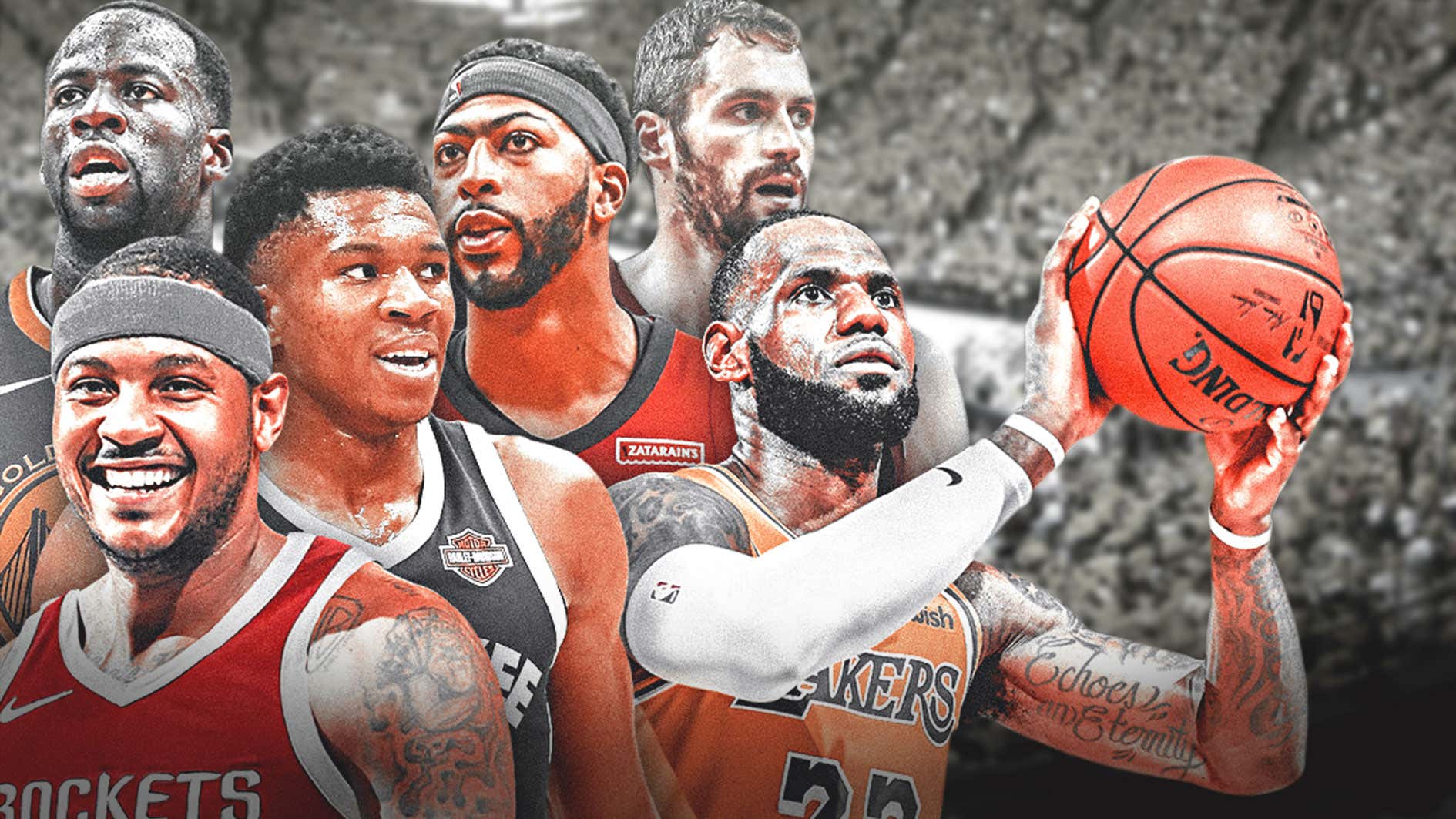 Today is the start of the NBA season, which means get ready for even more blogs by Greenie and I. We’re here to bring basketball to Barstool Sports and there’s nothing you can do to stop us, I think. So with that in mind, let’s get right into the storylines that you should be following in the NBA this season. We’ll start with an obvious one.

1. Can anyone compete with the Warriors? – This is the one that everyone wants to look at and yell about. People are already just calling the Warriors NBA champs and I get it. They are absolutely loaded and that’s not even taking into account the possibility of a healthy DeMarcus Cousins in the playoffs. But, we saw the Rockets take them to game 7 last year despite missing Chris Paul. Are we sure the Rockets can’t beat them this year? The Jazz and Nuggets are both improved. The Lakers have LeBron. I’m not saying the Warriors won’t win, but I think it’s closer than most are thinking.

2. Are the Celtics as good as Boston fans want them to be? – While everyone is talking about the Warriors, out East we’re hearing all about the Celtics. People are pretty much putting them in to the NBA Finals and for the same reason I get it. They were in the ECF last year despite not having Kyrie and Gordon Hayward. But, at the same time, not having them let Jayson Tatum and Jaylen Brown make big time jumps as well as Terry Rozier. With a deeper bench now, it will take some time to get adjusted to new roles. They are the favorites in the East, but will they actually win?

3. New country, new face – Kawhi Leonard was the story of last year in the playoffs. His will he play, won’t he play, will he show up, won’t he show up, was talked about way too much. So the Raptors did the smart thing and brought him in, even it’s just for one year. The Raptors had to do something to switch up their team and opted to trade DeMar DeRozan for Kawhi. Remember, the Raptors were the No. 1 seed last year in the East. Kawhi is better than DeRozan, so should we be talking about the Raptors as the favorite out East?

4. Trae Young vs Luka Doncic – It’s the typical rookie head to head argument that we see every few years. The two were ultimately traded for each other which means they’ll always be compared to each other. I feel a bit bad for Trae Young. He was destroyed during Draft season by those who only watched a month of college basketball and had no idea how good he was. Now, he’s traded for the darling in Luka Doncic and is stuck on a bad Hawks team.

6. The Lakers personalities – The Lakers are one of the most entertaining teams in the league. You have the big time franchise name. You have LeBron. But, then you have Lonzo Ball and Kyle Kuzma, who were hilarious last year and also made Magic Johnson tell them to stop rapping about each other. You have Lance Stephenson, Rajon Rondo, JaVale McGee. There’s going to be a fight or argument at some point and it’s going to be must-watch.

7. A whole new franchise – No, the Spurs are not a new franchise, but we might as well talk about them as such. Gone is the core of Tim Duncan, Tony Parker and Manu Ginobili. Hell, even Danny Green who was a staple in the Spurs lineup is gone. The only people left are Patty Mills and Pop. That’s rare to see with a franchise, which is arguably the best franchise in all of sports the last 20 years. We know all about the injuries they’ve suffered at the guard position this offseason, but now it’s more about finding a new core for the Spurs to build around. Plus, how much longer do we think Pop has left?

8. Year 2 of the Process having results – Last year the Sixers were one of the big stories in the NBA. The development and health of the stars in Joel Embiid and Ben Simmons helped turn the Sixers into the No. 3 seed in the East. This year it will be Markelle Fultz, who is going to start in game 1 with Redick now coming off the bench. This is the first year that we have expectations for Philly heading into the season in quite some time. How do they handle expectations? Can Fultz live up to the hype of a No. 1 pick?

9. Who will be the surprise team? – Every year there’s a team that makes a jump. Last year it was the Jazz and Sixers. Who will it be this year? Don’t be surprised to see the Nets in the playoffs. Don’t be surprised to possibly see the Clippers in the playoffs. There’s going to be a team that missed the playoffs last year only to make a run this year. It happens every year and then we talk about them as a potential long term franchise.