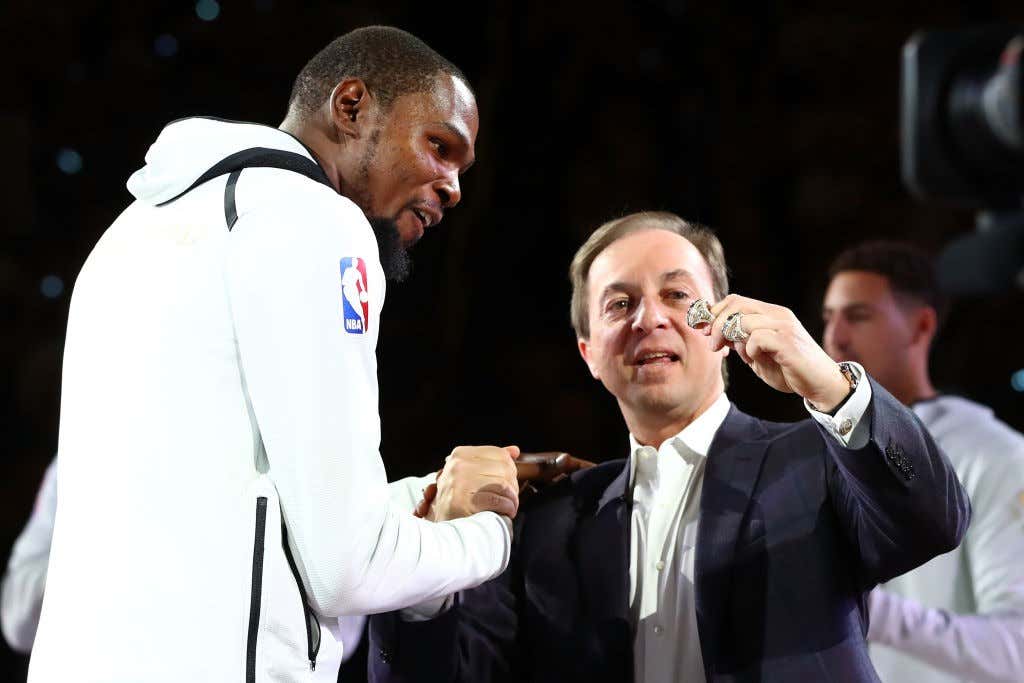 Mercury News- The Warriors think and talk about long-term plans that cover every best-case and worst-case scenario. As the Warriors enter the 2018-19 season, Kevin Durant’s pending free agency next season serves as the most vivid example. Will he re-sign with the Warriors as he has done every summer for the past two years? Or will he decide he is better off pursuing NBA championships, scoring records and business deals elsewhere? “For some reason, everyone thinks this year is different than last,” Warriors majority owner Joe Lacob told Bay Area News Group. “I don’t see that.”

Lacob’s reasoning: Look at the Warriors’ banners. They have three of them in the past four years. Look at the trophies. Durant has collected two consecutive NBA titles and Finals MVPS since joining the Dubs in 2016. Look at the business opportunities. Durant can re-sign with the Warriors next season to a five-year deal worth $219 million, along with maintain and expanding his business portfolio in Silicon Valley.

“It’s not even on my mind,” Lacob said. “There’s no more uncertainty this year than there was last. He’s been on a one-year deal each year. So I don’t really understand what all the hullabaloo is about.”

Oh keeping the best player in basketball isn’t on your mind, Joe Joe? What type of owner disrespects the reigning 2-time NBA Finals MVP like that? Signing Kevin Durant is all I have thought about since Chris B. Haynes said they had a very good shot at landing KD. Trust me, I know that Knicks fans get their hopes up every year only to get their hearts ripped out. But everyone said Haynes was wrong when he announced Gordon Heyward was signing with the Celtics and last I checked, Gordon Heyward is a Celtic. 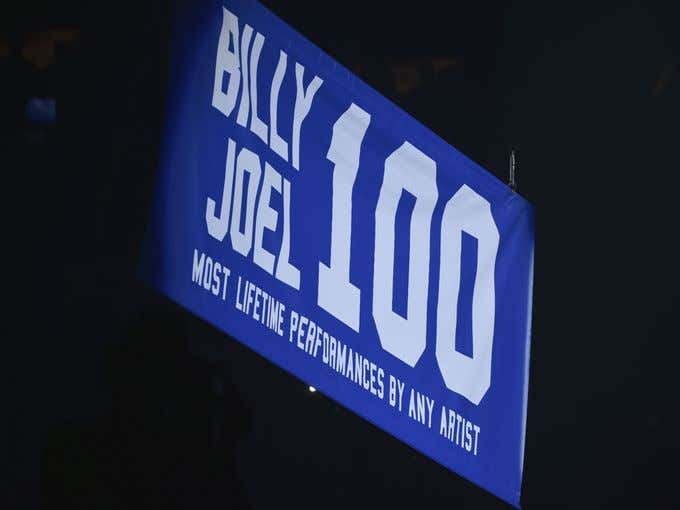 Do they even know who The Piano Man is in Oakland? I doubt it. But I bet Billy was tickling the ivories in the background while you and the rest of the Hamptons Five plotted on becoming the most incredible team I have ever seen in my lifetime. Great work on that by the way. Myself and every other Knicks fan cheered you guys on the entire way and are ready to defend you to the death in real life or on Instagram, Twitter, or any other evil social media sites housed in Silicon Valley that has caused you all those headaches.

Now I know those Knicks championship banners were made before you were born. But banners are banners are banners. And if Kevin Durant wants to expand his business portfolio, why wouldn’t he move to New York City? You ever hear of the Dot Com bubble, Kev? I can call you Kev, right? Silicon Valley is a boom town just waiting to bust. See all those bums sleeping on the street in San Francisco on your way to the arena? How do you think they got there? They are relatives of the 49ers that moved to the Bay Area for the Gold Rush before that went ka-put. Now they are sucking dick for coke. Come to New York where the homeless people perform music for whatever change is in your pocket and the NBA owner cares so much about his team, it literally drives the fans crazy. Joe Lacob may seem like a nice guy, but lets not forget what he said to the definitely not failing New York Times because everything thrives in New York and the streets are paved with gold.

But as Lacob sees it, Curry’s dominance on the court, though essential, is inextricable from everything else he’s done with the franchise over the last few years, from knocking down the office walls to the Ellis trade. “It’s not just Steph Curry,” he told me once. “It’s architecting a team, a style of play, the way they all play together. It’s all extremely thought through.”

WOOF! Everyone knows this next move is your legacy move, Kevin. Which do you think would be better for your legacy? Bringing another championship to Steph Curry’s superteam for an owner that thinks he is bigger than his players or bringing a championship to a team that hasn’t won in decades for an owner nobody on the planet will give credit to?