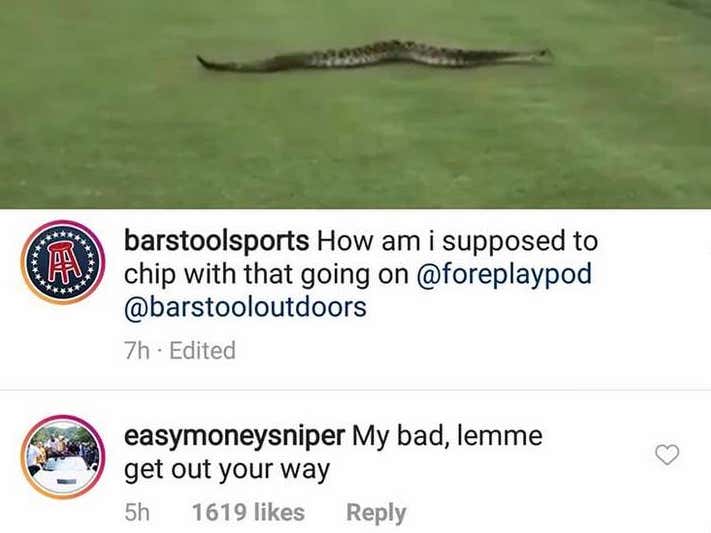 So I figured it was time to use my Journalism degree for a reason here. I had to do some investigative journalism and turn it into some breaking news on this here website. I figured it was the right thing to do, not for me, not for Dave, but for you, the Stoolies.

So here’s the exclusive from Barstool Sports. Kevin Durant finally speaks about leaving Oklahoma City and joining the Warriors. He confirms that he is a snake. I mean look at the size of that monster and look at how easy Durant is about responding. Confirmed, he’s not scared of snakes therefore he is a snake.

It’s the one thing that everyone has said about Durant. He’s a snake for leaving. He should have stayed in Oklahoma City with Russell Westbrook and Steven Adams. He should have made things work. He shouldn’t have played out his contract and then made the best professionally career decision for him. We don’t care about that.

Good to see Durant finally get in on the joke though. It’s weird seeing him act normal. I don’t know how I feel about that. But, what I do know is Kevin Durant is a confirmed snake per Kevin Durant.