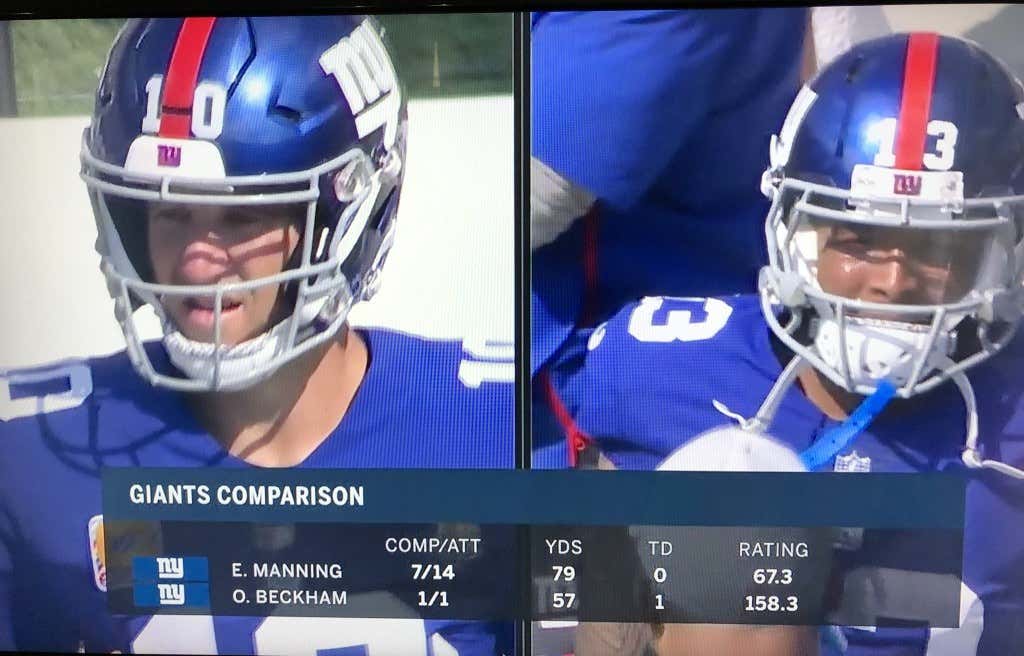 For the record, credit to Eli for making sure that throw was backwards and stayed behind the line of scrimmage. That doesn’t show up in the box score the next day. Unfortunately for Eli, Odell’s quote from earlier today rings out a little louder when Beckham may be the team’s actual answer at quarterback.

I don’t know,” Beckham said when asked if there was an issue at quarterback. “Like I said, I feel like he’s not going to get out the pocket. He’s not — we know Eli’s not running it. But is it a matter of time issue? Can he still throw it, yeah, but it’s been pretty safe and it’s been, you know … cool catching shallow [routes] and trying to take it to the house. But I’m, you know, I want to go over the top of somebody.” 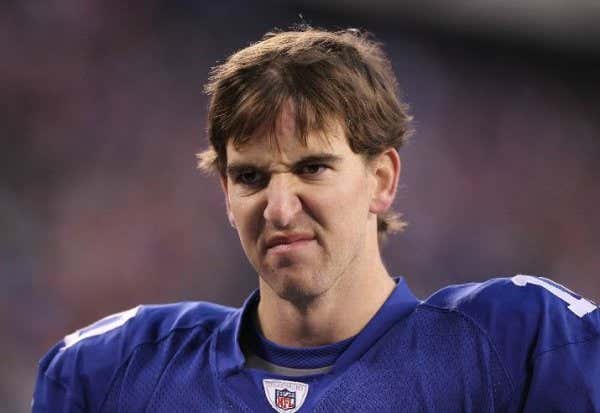 Now we just need Pat Shurmur to figure out a way for Odell to throw to himself, because this guy was born to catch balls.

I instantly regret typing that last sentence, but I refuse to make adjustments, just like my football team.