Awesome. No other way to say it. Just awesome.

This video proves one thing: God still has a score to settle with Penn State.

I was on board with the “awful play call by James Franklin” take immediately. How could you run the ball on 4th-and-5 when you have Trace McSorley as your QB?! Worst play call ever, right?

After talking with Captain Cons (not just a man who served for this country and Zero Blog Thirty podcaster, but a former Army QB and graduate assistant), I changed my mind a bit.

If the blocking was done correctly, this play could have gone for a touchdown. Let me explain.

As we know, Chase Young ran a stunt to get up the middle: 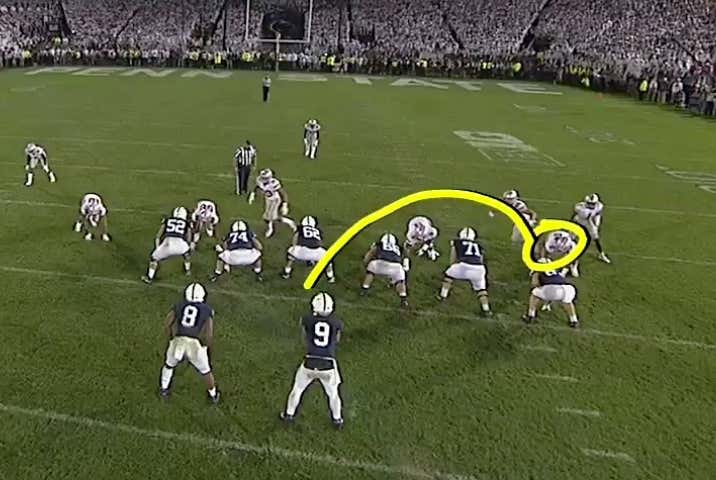 The stunt he ran isn’t that complex. The Penn State offensive line should’ve known this was a potential move by OSU. RG #66 should’ve passed off the guy he was blocking to LT #71 after initially blocking him. 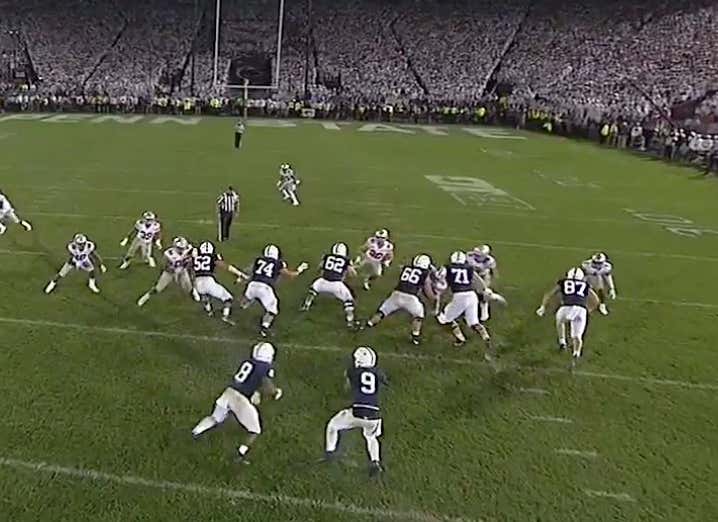 Instead, #71 lunged after Chase Young, which was never going to work: 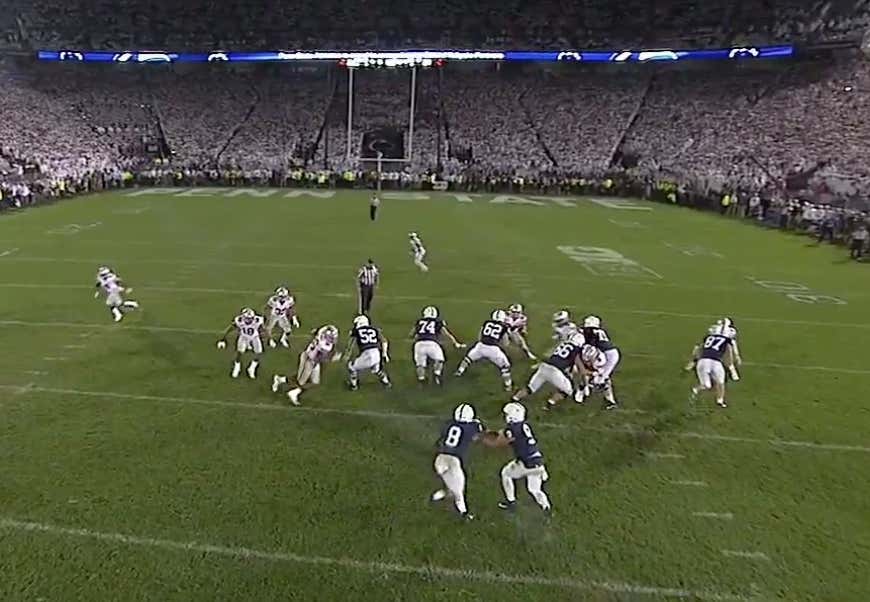 If #66 took Chase Young up the middle and #71 took on OSU’s DT #9 Jashon Cornell, Penn State RB #8 Mark Allen would’ve had a hole up the middle to explode through: 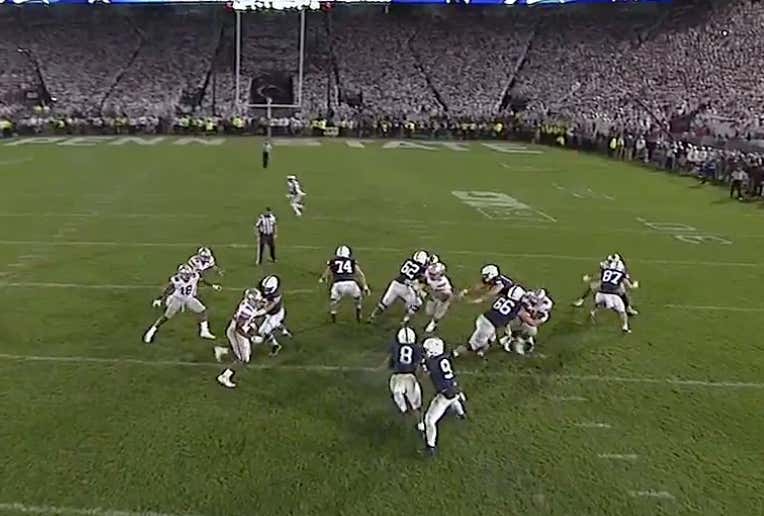 This could’ve easily been a TD. All Mark Allen would have had to beat was the safety at the top of the screen. The safety was moving in the opposite direction of where Mark Allen was going (right side pylon) thanks to the three receivers lined up wide left, forcing him to take a step to his left: 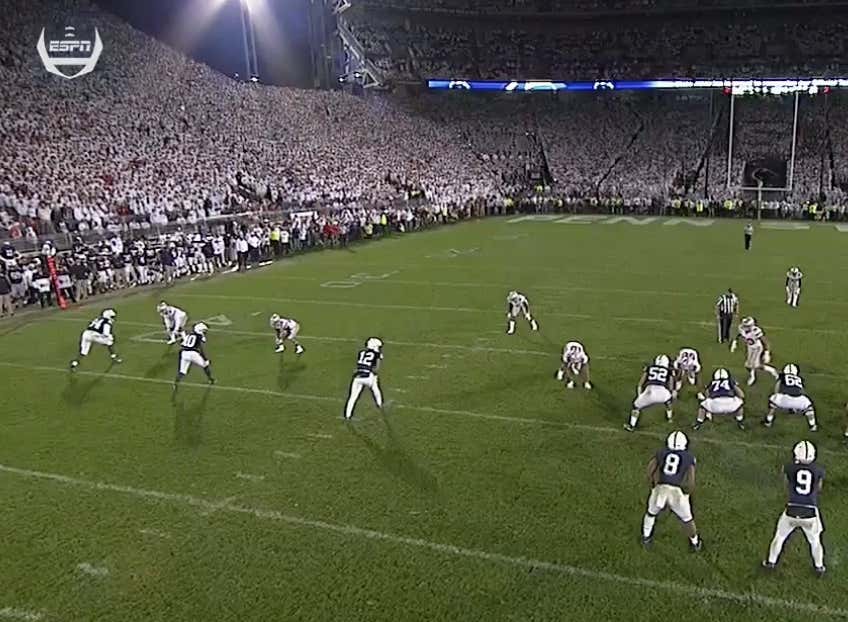 Here’s the craziest part about this play: if blocked correctly, James Franklin would’ve been called a genius thanks to this play call. Every person in the stadium thought he was going to throw the ball. He went contrarian. His offensive line just didn’t deliver.

Does that make this a good play call? Eh, I’m still not a fan of taking the ball out of Trace McSorley’s hands. Trace has been through everything in his 3 years at Penn State. This was the biggest moment of his career. You should live and die with him. James Franklin/Ricky Rahne didn’t.