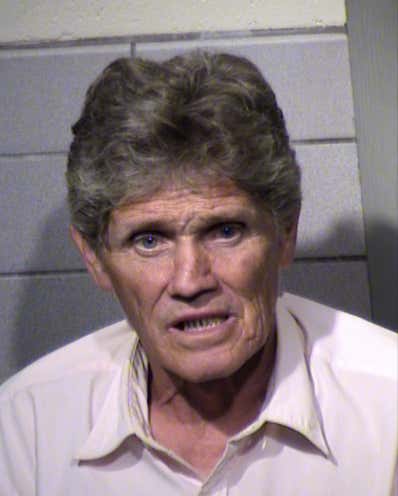 Oregon Live – They slipped by the minivan outfitted with the spring-loaded jaws of animal snares and avoided a circular hot tub turned on its side and designed to roll over trespassers who triggered a tripwire — something reminiscent of “a scene from the movie ‘Indiana Jones.'”

But the FBI special agent and three state police bomb technicians never made it past the empty wheelchair inside the manufactured home they entered on the southern Oregon property, court records say.

With the slightest push, the wheelchair opened fire.

“I’m hit!” the federal agent yelled as blood gushed from his leg, according to a criminal complaint filed in U.S. District Court in Medford.

The law enforcement officers had responded to the home in Williams, a town of 2,200 people in Josephine County, on Sept. 7 at the request of a real estate lawyer tasked with selling off the property, court records show.

Spike strips at the bottom of the driveway. A rat trap rigged to fire a shotgun round when some someone tried to open the door to a detached garage.

Authorities say the makeshift weapons were the handiwork of former owner Gregory Lee Rodvelt, 66, who was forced to forfeit his property as part of an elder abuse case brought against him.

In 2016, Rodvelt’s then 90-year-old mother and her guardian filed a civil lawsuit in Josephine County, which resulted in a $2.1 million judgment, against the son, court records show.

Though an armed standoff outside Phoenix landed him in jail last year, Arizona officials released Rodvelt from custody for two weeks in mid-August so he could tie up loose ends and prepare to turn over his property, according to the federal complaint.

Joseph Charter, the estate’s acting receiver, contacted authorities on Aug. 29 when he discovered a sign posted on Rodvelt’s property that claimed it was now “protected with improvised devices,” according to court records.

Ten days later, the FBI agent and state bomb technicians set out to dismantle the property’s assorted booby traps, including the hot tub that had been placed at the top of a hill near a gate by the entrance of the home.

“Upon closer examination, the technicians discovered that the spa was rigged in such a manner that when the gate was opened it would activate a mechanical trigger that would cause the spa to roll towards the person at the gate,” the complaint reads.

“[It was] much like a scene from the movie ‘Indiana Jones – Raiders of the Lost Ark’ in which actor Harrison Ford is forced to outrun a giant stone boulder that he inadvertently triggered by a booby trap switch.”

After slipping by the hot tub, the bomb squad and FBI agent approached the property’s manufactured home and blasted open its fortified front door, the complaint says.

Inside the home, court records show, they discovered in the hallway a wheelchair that, unbeknownst to them, was outfitted with a fishing line, shotgun ammunition and other items.

Somehow, the wheelchair got pushed and triggered the explosion that wounded the agent.

The agent was rushed to a hospital in Grants Pass, about 15 miles away. An X-ray found a .410-gauge shotgun pellet in the agent’s left leg below the knee.

Rodvelt was questioned by authorities back in Arizona and eventually charged. He faces one felony count of assault on a federal officer.

Records show Rodvelt faces charges of aggravated assault with a deadly weapon, resisting arrest and failure to mark explosives in connection to his arrest stemming from the 2017 standoff.

What a loser. I’ve always thought a real life Home Alone style booby-trap situation would be cool, but it’s way more entertaining when it’s an 8 year old named Kevin McAllister fending off two idiotic bad guys named the Wet Bandits. This guy sucks. He went away to jail for beating up his 90 year old mother, and he was forced to give up his property after the elder abuse case. Instead of realizing how much of a total asshole he is for not only beating women, not only beating an elder woman, but beating his own MOM, he decided to play his own little game of Stay Off My Lawn with actual human lives at stake.

Thoughts and prayers to the FBI agent that was injured in this whole fiasco. Getting shot by a .410 pellet in the leg sucks, but he’s going to make it. It sucks that he was even involved though because he literally had nothing to do with the case nor the sentencing. It would be idiotic one thing to go Law Abiding Citizen on everyone involved in the case, but this guy wanted to take out people just for the fun of it. A shooting wheelchair? Car spikes? Windows and doors reinforced with mounted bars from within? Animal traps with metal teeth in the van blocking the driveway? Some people just want to watch the world burn, I guess.

I mean, this guy got 2 weeks out of jail to “tie up loose ends” and “prepare his property” and he decides to rig his entire estate to shoot at whoever tries to enter? This world needs less crazy people in it. Especially less people that watch movies and think they can make them reality. Remember that freak that pretended to be the Joker and shot up a movie theater in Colorado? Why do these people always have to choose movie scenarios that harm people? It would be way cooler if a 40 year man had to pass pre-school through 12th grade in order to take over his father’s business like Billy Madison did. Or if a bunch of dads started a fraternity to get away from their wives like in Old School. Instead, we get this Indiana Jones wanna-be literally triggering a tripwire to release a rolling hot tub on anyone that entered his land. 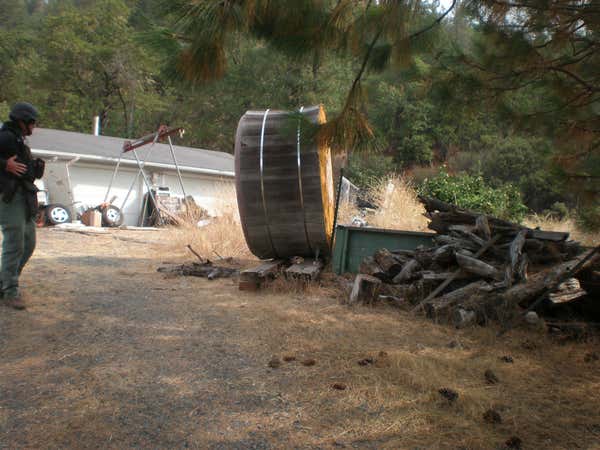 Straight out of the movie.

How about some creativity next time? No one likes a copy cat. Think for yourself. But since this guy loves movie impersonations and mental puzzles so much, I say that instead of 25 years in prison, we just throw him in a real life Saw house. Want to play a game, Mr. Rodvelt? 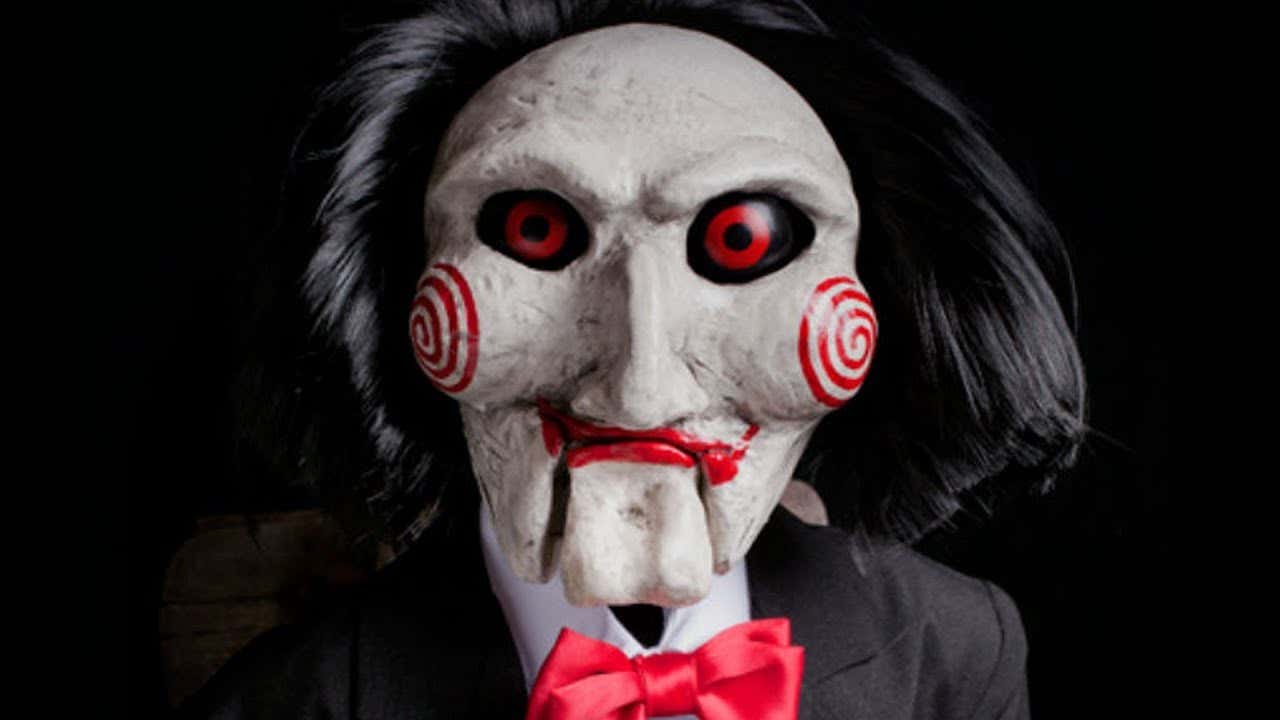