The wheels of war in the Middle East have been rolling along (or spinning in place) for so long now many feel desensitized to any news that comes out about it, and it’s not often we look beyond the big picture & break it down to a personal level. But if you have the time, please take a moment to read about a soldier who went above & beyond for his brothers in arms when everything was going wrong…

In the early morning hours on April 6, 2008, Army medic Ronald J. Shurer II was one of the last U.S. Special Forces soldiers to exit a Chinook helicopter and land in the Shok Valley of eastern Afghanistan. There was a moment of quiet as the soldiers began to scale a steep hill – when suddenly everything around Shurer exploded.

According to a U.S. Army narrative of what happened next, Shurer’s unit took heavy fire, including rocket-propelled grenades, small-arms and machine-gun fire. The forward assault team became pinned down and sustained multiple injuries. That’s when Shurer sprang into action. Disregarding his own safety, Shurer sprinted through the fire to reach the forward team and treat the wounded.

Shurer’s heroic actions, moving through heavy gunfire multiple times to provide aid to the wounded, saved the lives of all the U.S. soldiers injured in the battle. Two Afghan commandos were killed, including the team’s interpreter, Edris Khan. Shurer’s younger son’s middle name is Edris, in honor of the fallen interpreter. 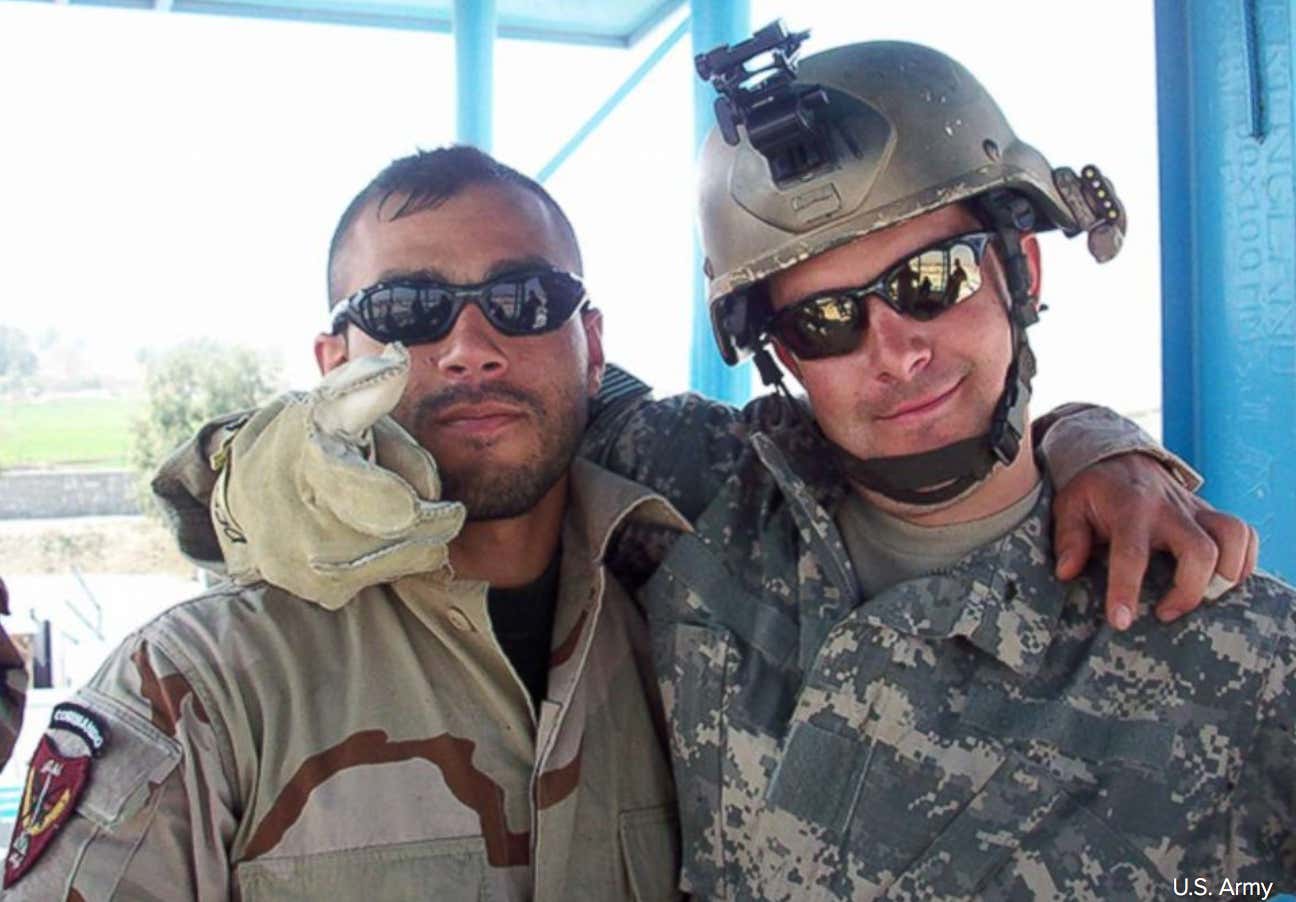 Sprinting hundreds of meters in full gear while taking out the enemy is no small feat. Continuing to do it with wounded U.S. and Afghan soldiers even after your helmet’s been dinged by a bullet is even more impressive. And still repeating those actions despite seeing your brothers bloodied, & in the face of RPG, machine gun & small arms fire are actions I’m in awe of.

Below is the full video of the ceremony. If you want to skip ahead to minute 16:00 you can hear the full read-out of his citation. At 20:00 as the crowd applauds, SSgt. Shurer appears to hold back tears but remains stoic (until a quick, heartwarming moment where he breaks stance to smile at his young children). He’s a husband and father of two and I’m sad to say – has been battling lung cancer for nearly two years now.

Shurer is the 11th U.S. Army soldier to receive the Medal of Honor for actions in Afghanistan and the 15th overall from that war. Wishing the best to him & his family as this hero now fights cancer.