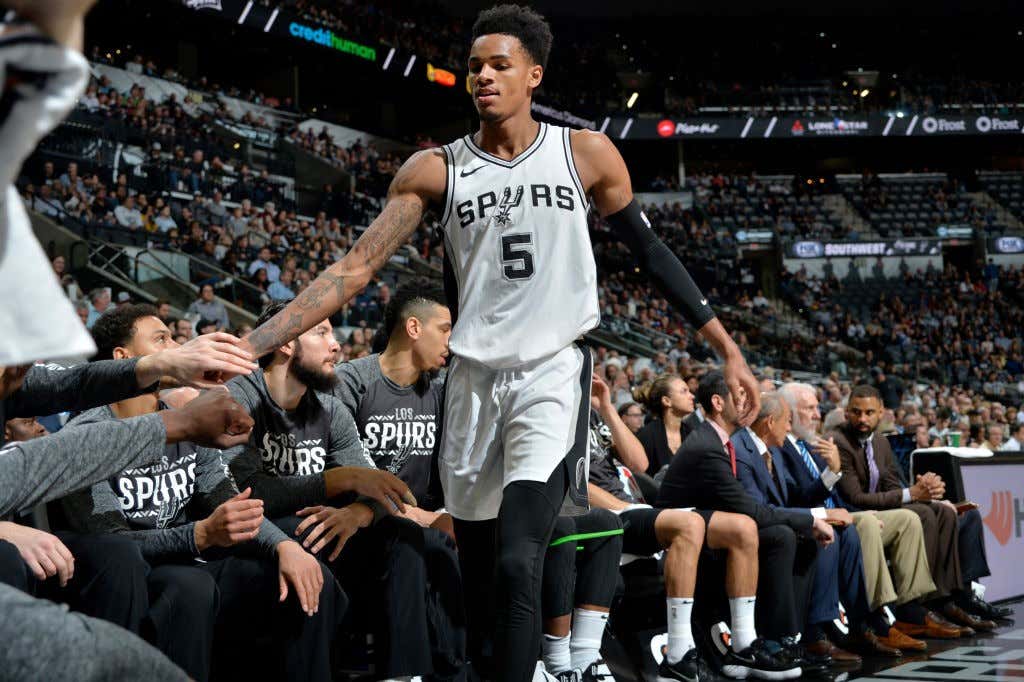 Each season provides a certain level of opportunity. Rosters change, guys get better over the summer, and next thing you know your favorite team has their own Victor Oladipo situation. Normally in the NBA we see two periods where guys tend to take a leap, and that’s in Year 2 and Year 3. In Year 2, now having played a season in the league, young talent tends to feel more comfortable and for the good ones there’s more of an opportunity. It’s here that you get a sense as to whether or not a guy can truly play. In Year 3, that’s when we see guys really take a leap. This is when the stars start to separate themselves and fanbases start to get crazy excited. So as we enter next season, I wanted to look at some guys that I feel like could have a leap of their own. Some are second/third year guys, others maybe have a little more experience but will have more of an opportunity. This isn’t in any sort of order, just who popped into my head as I was digging into this blog.

For me, this is the leader in the clubhouse, and I don’t think I’m alone in that proclamation. Murray is entering his third year in the Spurs system, and now with Tony Parker and Manu gone, it’s finally time for him to take over this team. He started 48 games last year so he has already had some experience being this team’s floor general, but everywhere you look the signs are pointing to a big time season in 2018. Year 2 gave us a big time jump in minutes, from 8 to 21.5 a night. With that we saw Murray’s FG% jump from 43 to 44%, his rebounds multiply by 5x, and offensively his Ortg improved from 91 to 99. While these aren’t super impressive numbers, what solidified it for me was how he looked last postseason. He had a huge jump there shooting the ball, going from 37% to 45% last year with his increase in minutes, and what’s intriguing is we saw this improvement from Murray last year despite a lower usage rate (20%). I can almost guarantee this number will go up this season, and given his skillset and length, things should only be getting better. Another important area that I’m sure Popovich cares about is Murray improved limiting his TOs, with a 16.6 TOV%, down from over 23% the previous year. His PER also nearly doubled, so like I said, this is a no brainer for me.

Technically this upcoming season will be Turner’s 4th in the league, but I’m buying that the Pacers are going to have another breakout player this upcoming season. Maybe part of my reasoning is all the summer workout videos I’ve seen of Turner where he not only looks to be in fantastic shape, but also appears to have a legit three point shot. That combination is what I’m banking on here. For him it just comes down to health, back in 2016 when he played in 81 games he was a legit monster, the only problem is he’s played no more than 65 in his other two years. Last year was the highest Ortg season of his career (110), as well as his highest 3P% (35%). Much like Murray he was pretty dominant in the Pacers playoff run last season, shooting a ridiculous 61/46% while making just under 2.0 3PM a night. To me Myles Turner doesn’t get enough love when talking about the better young big men in the league, but the guy is JUST 21 YEARS OLD and is turning himself into the ideal NBA big for how the game is played today. It wouldn’t shock me if we saw his averages jump to something like 17/7 with 49/38% splits or something along those lines. Factoring in all the attention Oladipo is now going to get, if the can stay healthy Turner is going to feast.

It’s always pretty telling when you’re a second year player and you immediately look way too good for the Summer League. That was the story with the Hawks’ John Collins, and I am buying all his stock for Year 2. A nice 10.5/7.3 on 57/35% splits as a rookie, he started 26 games last season and at just 20 years old is showing all the promise in the world. I would say a 117 Ortg as a rookie is pretty impressive, and I would think he’s going to be living in the 30 minute a night range as opposed to the 24 he played as a rookie. Obviously with more time comes more opportunities, which is why I’m thinking there’s going to be that classic Year 2 leap with Collins. There was a ton of hype surrounding him coming out of Wake Forest, and nothing we’ve seen so far should deter you. A 18.3 PER is no joke, and now that defenses will have to worry about Trae Young and his outside shooting, theoretically there should be more room for Collins to do work. I feel like his rookie season was filled with dunks and shit close to the basket, but if you saw him play this summer you know he’s already starting to expand his game, score off the dribble, all that good stuff. They may not win many games, but Collins is going to be so damn good.

Oh yeah, gigantic Year 3 leap on deck here folks. If Year 2 was any indication, then things are about to be so awesome when it comes to Jaylen I can barely contain my excitement. With a massive jump in minutes, from 17.2 to 30.7 we saw Jaylen have a career year shooting the ball (46/39% splits), a career high rebounding, a career high in assists, a career high in steals, and a career high in blocks. His points went from 6.6 to 14.5. I am NOT one of those people that think adding more talent like Gordon Hayward is going to be a bad thing, in fact, I believe the exact opposite. One of the main reasons I’m anticipating another jump from Jaylen is because defenses are going to have no idea what to do or who to cover. Now that we know that Jaylen can actually shoot, especially from the corners, and that he’s been putting in a ridiculous amount of work this summer, this is a big time season for him and me personally. The Year 3 jump to a “star” level is something almost every NBA star has done, so this will give us a great look at if Jaylen is heading down that path. Like others on this list, it was Jaylen’s playoff performance that really was what has me excited. Many people talk about Tatum’s run, but Jaylen was right there with him. I’m talking 18.0/4.8/1.4 with 46/39% splits and 2.4 3PM a night in 18 postseason games. That’s not a small sample size, and sure he struggled in Game 7, but he was nails in Game 6 of the ECF. Obviously when it comes to everyone on this Celtics roster, they are so balanced the jump may not be reflected in his averages like some other guys simply due to depth, but we’ll know it if we see it.

I chose Isaac simply because I expect a leap solely due to the fact that he’ll actually play. Last year he played in just 27 games and was super raw, so now that he’s had a year to be in the Magic’s system and get a full year of their weight training program, I think we’ll see a much different player this upcoming season. His efficiency wasn’t all that great, just 37/34% splits, but I can’t lie and say I’m not intrigued by the Bamba/Isaac/Gordon trio. We saw Gordon take his leap last year, so I feel like the Magic are at the point where their young talent is going to start taking baby steps in their development. He played around 20 minutes a night as a rookie, so if he were to make a slight jump to like 25 and actually be available during the season, it’s only logical to expect some sort of leap.

Look I couldn’t have Lakers fans in my mentions all day if I didn’t include someone from their roster, and while they for sure have a few guys to choose from, I’m going Ingram as the player that takes the biggest leap for them this upcoming season. Obviously first and foremost playing next to LeBron will make him better by default. That happens wherever LeBron goes. But that shouldn’t discredit the Year 2 jump we saw from Ingram last year because the truth is after an iffy rookie season, he was a lot better in his 59 games. His shooting took a MAJOR jump, from 40/29% to 47/39%. That should be enough to convince you right there. His Year 2 was very similar to Jaylen’s in a sense that he seemed to start to be putting everything together, having a career year shooting, rebounding, passing, defending, and scoring. Also just like Jaylen, Ingram struggled from the ling (68%), but he did see this improve from 62% in his rookie year, so that’s promising as well and usually an indication that a guy is figuring out his shot. On the other end, Ingram showed progress there as well. His Drtg dropped from 115 to 109, which is going to be pretty important given all the damn talent currently in the West, especially if the Lakers are thinking playoffs. Much like Jaylen, you nay not see a huge jump in his numbers now that LeBron is there, but it’ll be a situation where you’ll know it when you see it. Lakers fans want Ingram to be a stud moving forward, well Year 3 is about to tell us a lot.

These are just six guys who I feel like could be taking a big time leap next year given their situations/roles for their respective franchises. I could have made this blog another 2,000 words so include more, but figured I should instead turn to the stoolies. Is there a guy not mentioned here that you think is about to take a leap and break out? Tell me who ya got in the comments and let’s have a civil basketball discussion on this fine Wednesday.