MIAMI (AP) — U.S. House candidate Bettina Rodriguez Aguilera has a long list of accomplishments to bolster her campaign in Florida. But she is perhaps best known for claiming that she was abducted by space aliens as a child.

Rodriguez Aguilera is a longshot in the race for the Miami-area seat being vacated by retiring Republican Rep. Ileana Ros-Lehtinen. Yet last weekend, the Miami Herald endorsed her for the GOP nomination in the Tuesday primary out of a field of nine candidates.

In an interview, Rodriguez Aguilera said she is grateful for the endorsement and that her tale of kidnapping by aliens does not define her.

Rodriguez Aguilera says she was taken aboard a spaceship as a young girl by blond extraterrestrials who resembled the Christ the Redeemer statue in Rio de Janeiro. She says they told her that the “center of the world’s energy is Africa” and that thousands of non-human skulls were once discovered in a cave on the Mediterranean island of Malta.

She has said she witnessed paranormal activity since then and saw a UFO at age 17. She also said she has been in touch with the aliens telepathically long after the abduction.

Even if it’s hard to believe there’s a starman waiting in the sky, Rodriguez Aguilera won’t back down.

“I stick to my guns when I believe in something,” she said.

So Bettina Rodriguez is an alien right? The plan of action is simple: We simply cannot be voting aliens into the House of Representatives. If you were abducted when you were a child, given secrets to the world, and have been in touch with aliens telepathically long after the abduction then you 100% have some sort of alien DNA inside you, controlling you subconsciously. Of course Rodriguez is running for the FLORIDA House of Reps. It has to be Florida. And you know what? The people of Florida are so crazy that she’ll probably get voted in. The entire state of Florida is likely populated by aliens. It all makes sense now.

The craziest part of this whole thing is how Rodriguez thinks that getting abducted by aliens shouldn’t define her. What does that even mean? It’s the only thing that matters. You claim aliens took you into a space ship when you were younger, did tests on you, and then sent you back here. Yeah, just a minor detail, now let’s hear about your policies. No! Absolutely not. You are a spy.

Her story made me think though. She said she was abducted by blond extraterrestrials that looked like Christ the Redeemer. 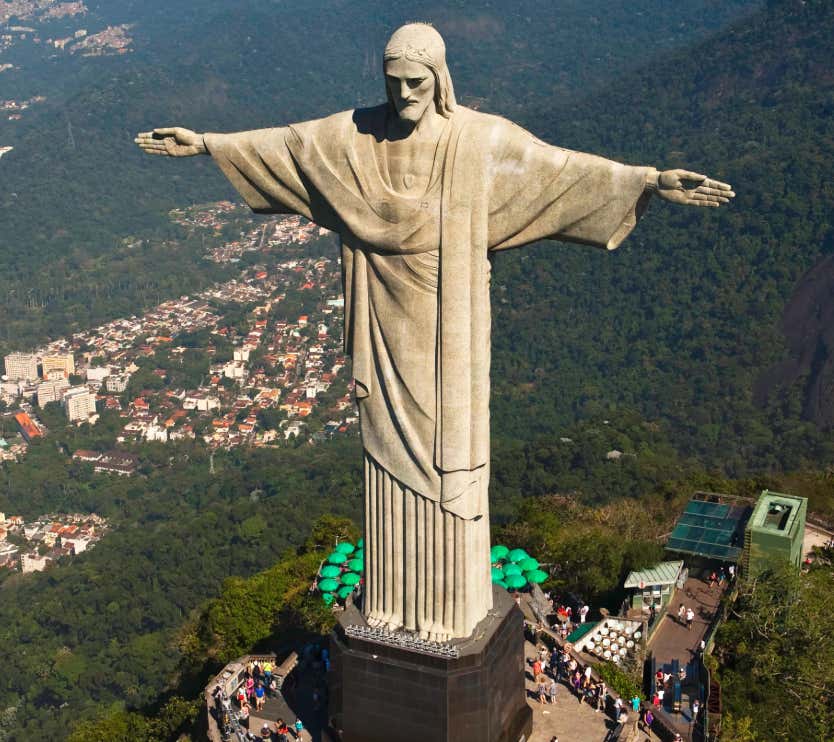 That would mean Jesus Christ was an alien and created this whole world because he had extra powers. And then we just killed him. Aliens are coming here for payback on killing their boy. Greaaaaaat.

Still, moral of the story. We can’t be electing aliens into the House of Representatives.