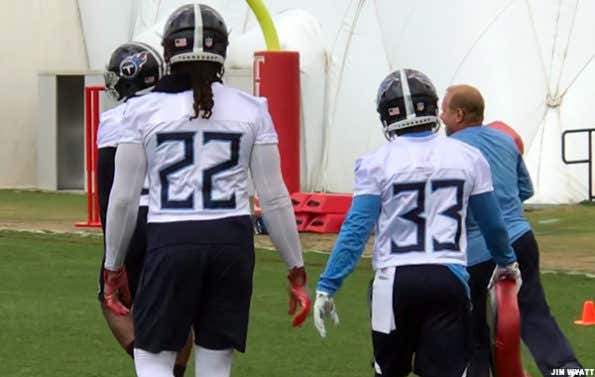 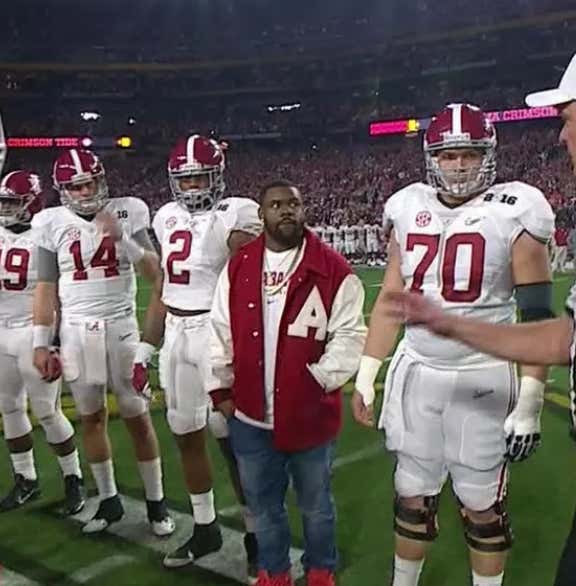 Every single August/September since Derrick Henry first showed up at Alabama I end up seeing a picture or video of him standing next to other massive human beings and audibly laugh out loud. Like enough time passes every Spring and I forget Derrick Henry is an alive human being and then he pops up again and I can’t believe what my eyes are showing me. There’s no fucking way that guy should be a running back at any level of football and yet he’s managed to make it his full time job. He’s the true definition of a brick shit house and I haven’t the slightest of clues as to how he’s ever tackled. I’d rather line up and do an Oklahoma drill with a telephone poll than be in his path in the open field. The Tennessee Titans essentially start a sentient truck in their backfield. And like I said, the NFL is full of gargantuan behemoths that all run 4.6 40s. Sp to stand out among that crowd is preposterous. I’m not sure I’ll ever get over this and be able to accept it as reality.