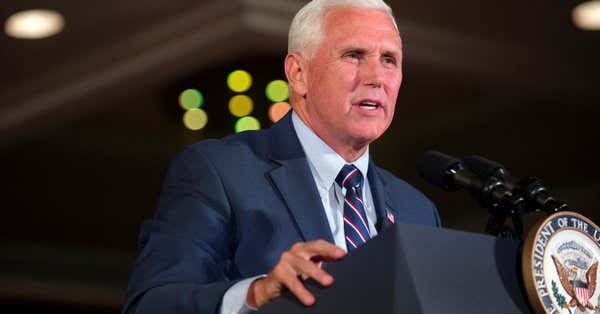 When the Vice President made his announcement, I found myself being more disappointed than I ever have been in my entire life. I always thought that having the title of Marine was something that I would be proud of for the rest of my natural life but I was wrong.

My 2-year-old texted me from daycare after the Vice President made his announcement. My son, Zacharius, asked me, “Papa, why are you such a little pussy ass bitch that you decided to join the Marine Corps instead of the World’s Most Fierce Space Fighting Force?” Through tears, I said, “the only thing colder than space is your harsh words, my son. I’m sorry that I have shamed you and our family.”

If you’re a 16-22-year-old and you arent running to the Space Recruiting Station, you are a fucking idiot. Like the old saying goes, if you can be in the inaugural of anything, you do it. I’m a charter member of a local YMCA and nothing feels better than that. I can go to any YMCA in the city (there’s around 12) and can scan right in using my keycard. It’s pretty incredible but it’s nothing compared to being in space with only a kbar, an MRE, and your platoon mates in the sky.