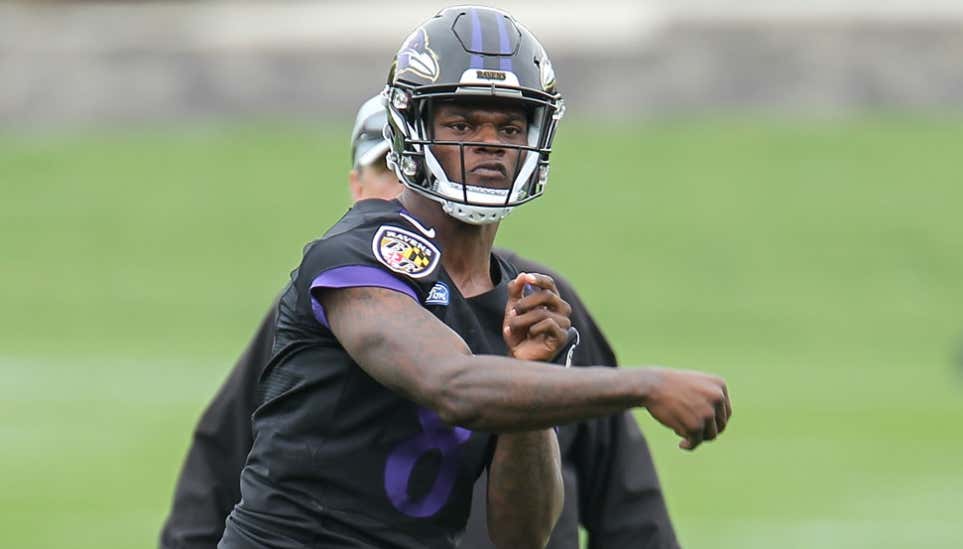 FINALLY. It may not quite be the real thing yet, or even a real version of preseason football, but it’s still FOOTBALL. And the Ravens are set up with a far more interesting roster for a game like this than they probably have in over a decade. Although there are 90 guys on the roster with a good 35 that won’t even dress tonight, there’s still plenty of intrigue to watch as we get our first glimpse of the 2018 Ravens. Let’s take a look at some quick storylines to watch tonight:

Duh. This guy is the future of Ravens football, and this is our first glimpse of him in a Ravens uniform. The reviews on him have been mainly positive, with the expected “work in progress” type reports that you should expect from any first round draft pick. There are flashes of brilliance and plays in training camp that make that 1st round pick look more than warranted, and then there are those days where you hear that he struggles with consistency and accuracy. Overall though, the thing I love to hear most is that he’s buried his face in the playbook and says all the right things when it comes to learning the ropes from a pro like Joe Flacco. I’m excited to see him out there tonight not just because of the electric plays he can obviously make with his feet, but also to see him methodically lead an offense to success.

This is the other obvious one, although not quite as exciting. There’s not really a role for him on this team, or at least not on the surface. But it is very intriguing, just because of what we all saw him capable of years ago, and whether there’s any of that left in his body. Apparently he was very close to dedicating his life to Olympic training in track and field before the Ravens picked up the phone, so he was trending towards transforming his body back into the speedster who won the Heisman. as opposed to the bulkier QB the NFL wanted him to become (…and probably rightfully so). Regardless of all the flack he’s been given and all the jokes that have been cracked at his expense, many of them by yours truly, it’ll be interesting as hell to see what he can do on a national stage tonight.

Orlando Brown is a very interesting character who plummeted down draft boards after a pisspoor showing in the draft process. But his very successful college career protecting Baker Mayfield and his NFL pedigree (see Brown, Orlando 2004 Ravens) was more than enough for us to invest a 3rd round pick in him. He’s very much in a battle to win the right tackle starting job with James Hurst (yuck), and his performance and ability to improve over 5 preseason games will be very key to him earning the right to play in Week 1.

Here are a couple of speedsters who are your classic Ravens training camp darlings. Tim White was the talk of last year’s preseason, primarily as a return specialist but also as a slot receiver. Unfortunately, thumb surgery ended his season before we even got to Week 1. Hopefully he can show us that same explosiveness this year that got everybody hyped up for the undrafted rookie last year.

Lasley was a late round flier out of UCLA who really only fell due to those “0ff-the-field” issues. His tape and his statistics in the PAC against a lot of NFL-caliber corners were always unquestioned, it was just a matter of whether he was mature enough to be a professional in the NFL. So far so good, as he’s stayed on the straight and narrow and impressed in training camp drills. He’s a blazer and he should be a weapon for those 3 QB’s to throw the deep ball to all preseason. I’m excited to see if we got ourselves a steal here.

Kenny Young has impressed many with his play at ILB this preseason, and may even be pushing last year’s starter Patrick Onwuasor on the depth chart already. Young is a UCLA guy like Lasley and was taken in the 4th round this year. The knock on Onwuasor is that he can sometimes get caught out of position due to slow play recognition, where as Young seems to have the nose and instincts for the football. We’ll see if Onwuasor’s experience can carry him out through the preseason and whether Young can catch him and earn that Week 1 start.

There are plenty of other names we’ll see out there for the first time, some of which we’ve never really heard of. That’s the beauty of preseason football. This is where careers are carved out and built for some of those late round and undrafted guys. But ultimately tonight is still 95% about Lamar. I’m too hyped. Let’s fucking goooooooooo!!!