Afghan officials might be giving thanks this week after a Turducken of terror was cooked up in the Darzab District of Jowzjan Province. 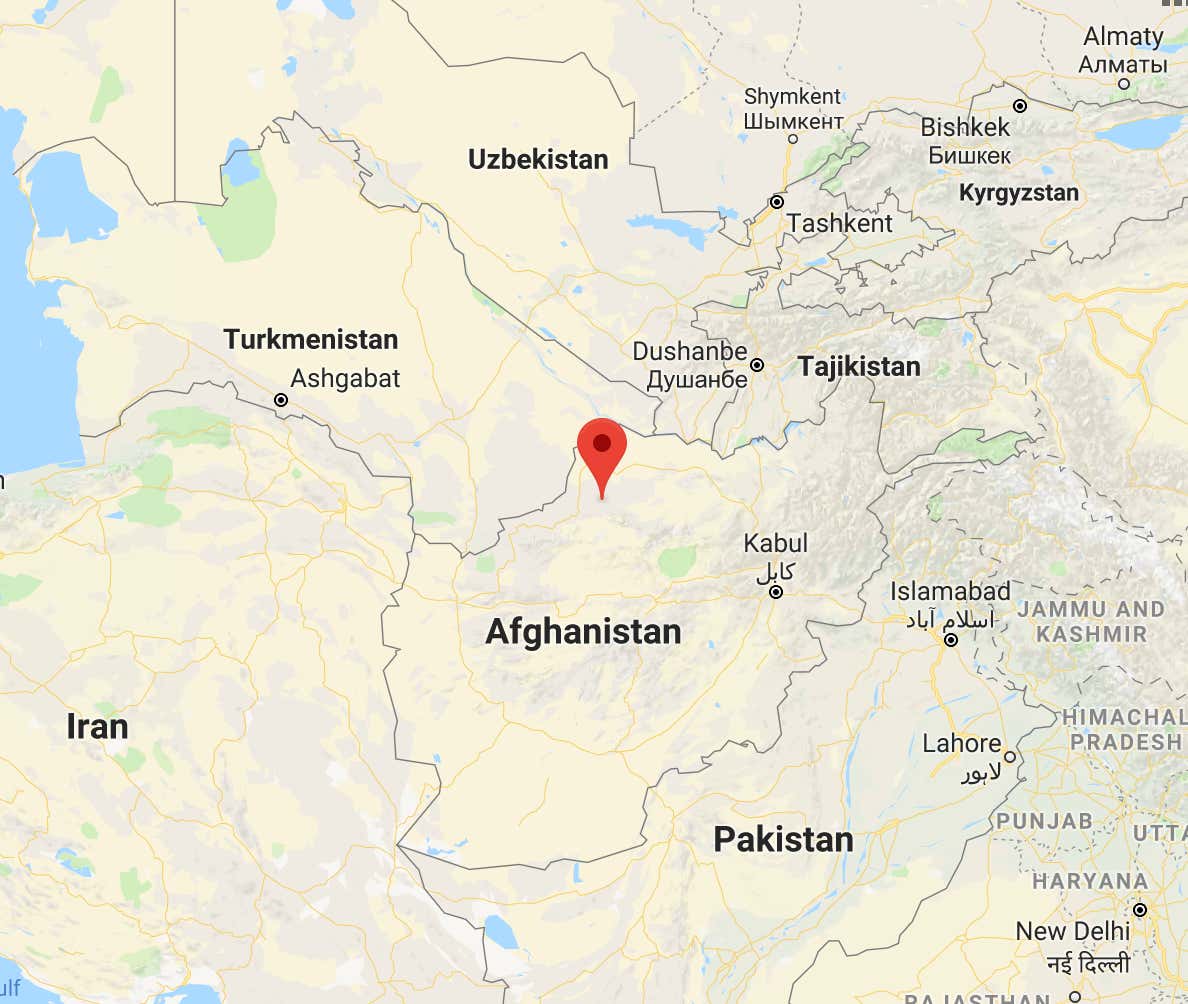 ISIS attacked by Taliban –> Taliban sends them surrendering to coalition forces –> coalition forces pretty jazzed. (Does this graphic make a lot of sense? No, but I made it on Instagram & really wanted to use it.) 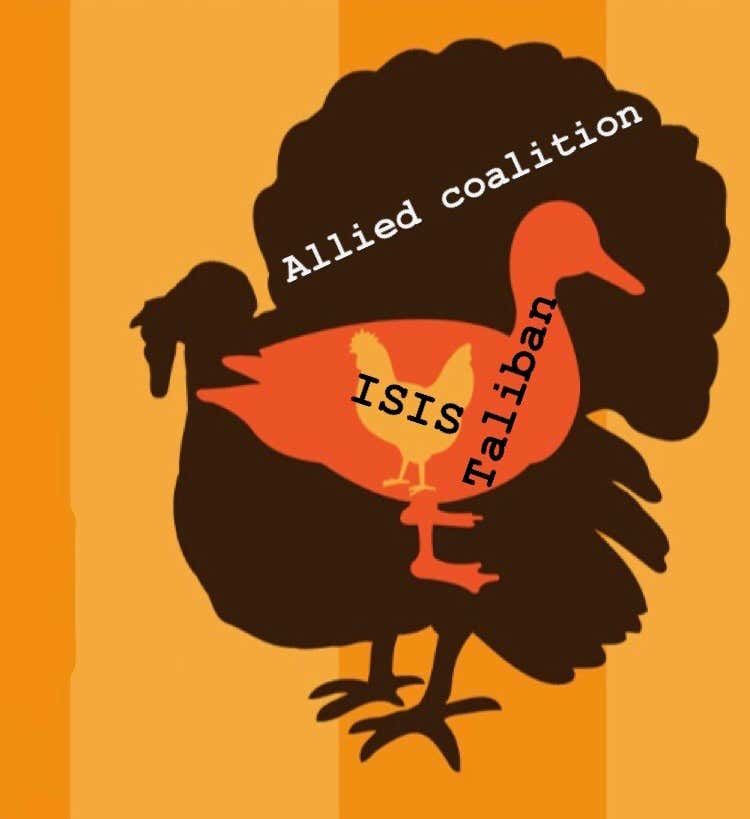 Anyway… according to Stars & Stripes:

More than 150 ISIS fighters surrendered to Afghan government forces after the Taliban launched an offensive against them, officials said. U.S. forces have also been conducting airstrikes against ISIS in the area for months.

“These people were surrounded by the Taliban for several days, but last night they managed to break free and surrender to government forces,” Faqir Mohammad Jawzjani, Jawzjan’s police chief.

The surrender is a major setback for ISIS in Afghanistan, known as ISIS-Khorasan Province. The group emerged in the country’s east about four years ago and recently appeared to be growing stronger in the north.

Officials say it is difficult to know exactly how many ISIS fighters are operating in the country, but some put the figure as high as 2,000.

Recently ISIS has been escalating attacks throughout Afghanistan, likely 1) because we’ve been putting a serious hurtin’ on their supply lines snaking in/out of Pakistan, and 2) as a response to peace talks between the Afghan government & Taliban as this U.S.-led war drags into year 17. They consider any negotiations with the Afghan government giving into the plans of the West (us) and that’s a no-go.

Both groups are enormous douche-canoes (douche Royal Caribbeans?), but have significantly different ideologies/political goals & are contending for territory as things get messy in the power vacuum. Between the two, the Taliban is the best of two evils for the Afghan people, who remained trapped in the middle of it all. Via The Guardian:

The ISKP’s [ISIS’s] mostly foreign origins, its extreme brutality – including beheadings and forcing victims to sit on explosives – and its documented, systematic use of rape and abduction in terrorising women and girls have done much to alienate the Afghan civilian population.

Now, in a strange twist, the US and the Afghan government appear to be relying on their bitter Taliban enemies to help them vanquish this greater evil and simultaneously end the war.

It’s nutty that the Taliban is helping defeat ISIS, and Turduckens seem cool and all… but by most accounts it’s a lot of effort for something that doesn’t turn out very well. As this conflict continues & new players enter the game it’s a crapshoot. Having been there twice & witnessed some of the realities, I impatiently, frustratedly wait for the day everything is gravy, but think it’s still a loooong ways off.