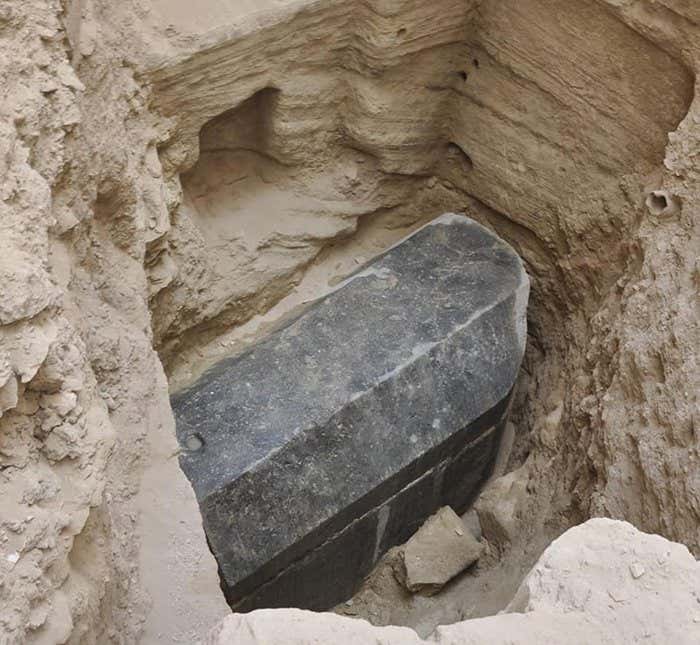 (Science Alert) – Archaeological digs around ancient Egyptian sites still have plenty of secrets to give up yet – like the huge, black granite sarcophagus just discovered at an excavation in the city of Alexandria, on the northern coast of Egypt. What really stands out about the solemn-looking coffin is its size. At 185 cm (72.8 inches) tall, 265 cm (104.3 inches) long, and 165 cm (65 inches) wide, it’s the biggest ever found in Alexandria.

Oh, and then there’s the large alabaster head discovered in the same underground tomb. Experts are assuming it represents whoever is buried in the sarcophagus, though that’s yet to be confirmed. Ayman Ashmawy from the Egypt Ministry of Antiquities says the layer of mortar still intact between the lid and the body of the coffin indicates it hasn’t been opened since it was sealed more than 2,000 years ago.

That’s particularly rare for a site like this – ancient Egyptian tombs have often been plundered and damaged over the centuries, which means archaeologists rarely find a final resting place that’s still intact like this one appears to be.

The site as a whole dates back to the Ptolemaic period between 305 BCE and 30 BCE, with this particular find uncovered five metres (16.4 feet) below the ground.

As Jason Daley at the Smithsonian reports, down the centuries Alexandria has developed to be such a busy, crowded city that finding relics can be a challenge – anything that has managed to survive is often difficult to get to.

Those are all the details we have of the new find, so we’ll have to wait and see if the identity of the buried Egyptian can be determined. But a sarcophagus of this size could mean someone of pretty high status.

We haven’t been short of incredible finds in Egypt this year. In February, archaeologists found a hidden network of tombs south of Cairo in the Minya Governorate, which – like the giant granite sarcophagus – have probably lain untouched for 2,000 years. Experts say it’ll take them five years to work through that site. 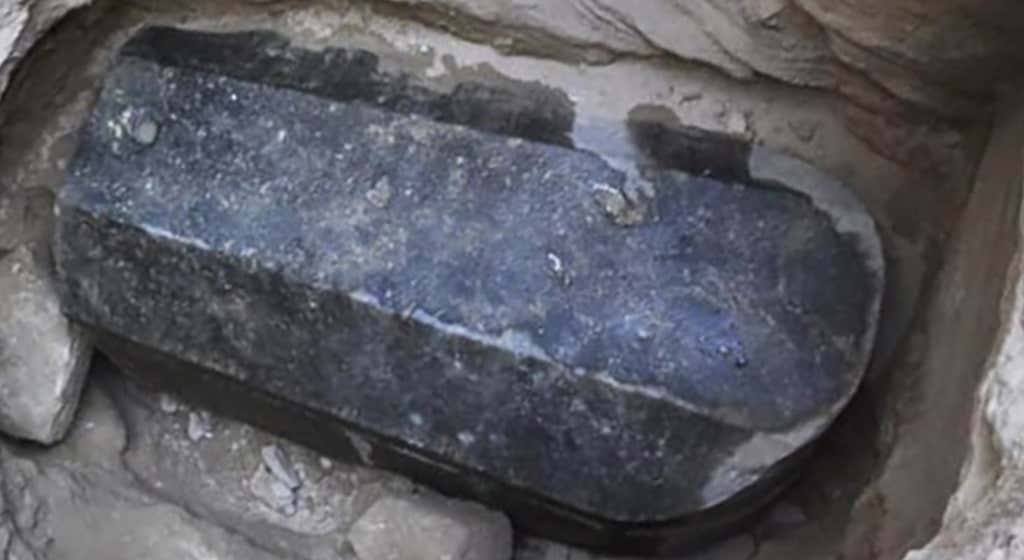 Being an archeologist must be cool as hell on days like this. The other 364 days probably feel like a massive struggle, wandering the Earth looking for the tiniest needle in the largest haystack just to be able to slap your name on a part of history. Then you’re spending an afternoon in Alexandria and happen upon a gargantuan sarcophagus that no one else has lain eyes on for at least 2,000 years, as well as an alabaster head. Look at this fuckin’ alabaster head! 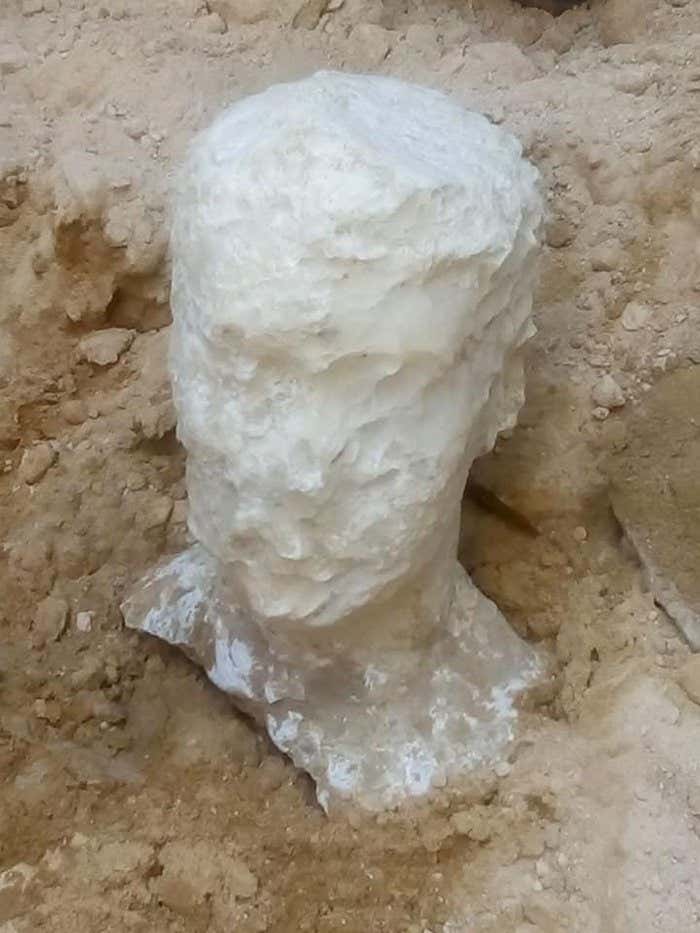 They don’t make heads more alabaster than that. Tombs and tomb raiding is all wild to me. Cause only important people were placed in tombs and sarcophaguses back in the day so whoever this was had to have been the real deal. Regular folks just got dunked into the Earth never to be seen nor heard from ever again. You also have to at least consider that this sarcophagus was placed off by itself, alabaster head in tow, for a reason. It hasn’t been unearthed or opened since it was sealed yet for a reason.

I imagine there is a heavy debate going on right now as to whether or not they should open it. Because it very well could be a Pandora’s Box type scenario where opening it can only bring forth all sorts of unforeseen dooms into the world. Like that sarcophagus being cursed should surprise no one. But at the same time, you can’t not open it. Curse or no curse you happen upon a 2,000 year old sarcophagus you crack that sucker open and deal with the consequences that may lie on the other side. If you can’t live with the risk of opening a sarcophagus you shouldn’t be in the tomb raiding game in the first place.