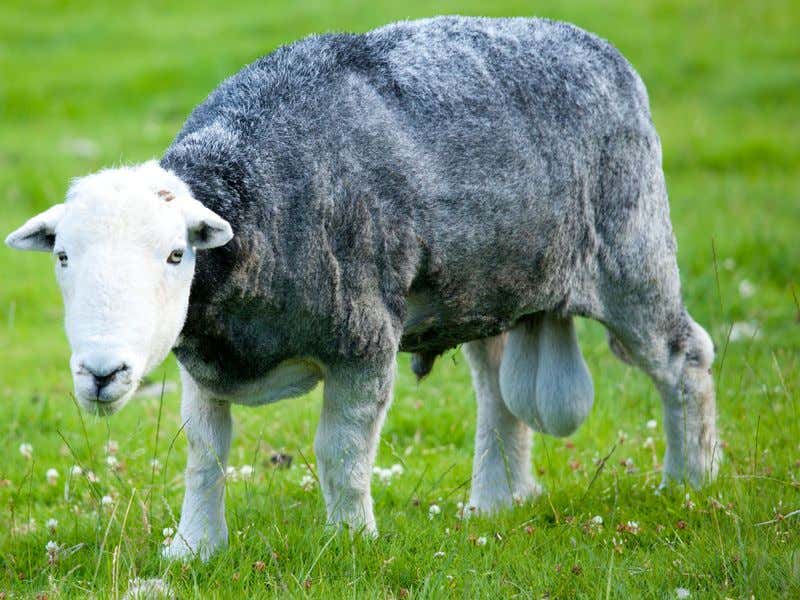 Smithsonian Magazine – Most male mammals carry precious cargo in an awfully precarious package. External testicles—which swing delicately outside the abdominal cavity in an exposed, thin-skinned sack—are sensitive, finicky, and make a glaringly obvious target for any enemies of men (as well as footballs, stray knees and waist-level furniture). So it’s no surprise that the evolution of descended testicles has both baffled and bemused biologists for decades.

A study published today in PLOS Biology offers an answer to one of the mystery’s biggest debates: did our earliest ancestors wear them up, or down? The researchers conclude that the first mammals already had this bewildering trait, with millennia of descendants thereafter inheriting the family jewels on full display. Yet strangely, it appears that since then, internal testes have evolved at least four separate times.

Science is just so fucking cool. I didn’t wake up today and decide I wanted to write about testicles. It just happens sometimes. It’s just the way the cookie crumbles. I just come here and hit my usual spots on the internet machine and bang around until something funny happens. Today, we’re talkin’ testicles.

You’ll notice in my headline I posed a question. Do you or a loved one have balls that hang low? I ask because, well, scientists just recently discovered that our ancestors and the ancestors of the majority of all mammals have been rocking descended testicles for a long, long time. It’s pretty nuts if you ask me.

The weird thing about this story seems to be that despite millions upon millions of years of evolution making our balls flop around between our legs like a bag of apples at the grocery story, there are actually 4 documented cases of mammals that have evolved to have balls that hide within their bodies like a pair of frightened babies, including species like elephants and manatees.

Here’s the thing about that. I think the elephants and the manatees are the ones that got it right. Having descended testicles makes absolutely no fucking sense. Why would we have these things, that are so incredibly sensitive and vital to our entire reproductive system, just hanging around like a punching bag completely vulnerable to any attack or danger they may encounter? It’s completely nonsensical.

I wish my balls were tucked away safely into my body. I think It’d allow me to slide down a lot more railings and engage in more hand to hand combat and other cool stuff like that. You know, things I don’t do now because I’m too worried about having one of my balls squished in my scrotum like a red gusher stuck in the bottom corner of the bag. Despite everyone knowing those are in fact the best gushers in the bag, I don’t want that for my balls. Either of ‘em.

I understand scientists may claim we’ve evolved this way for a reason because it allows our testicles to stay cool and produce sperm, but frankly I think that’s bullshit. My balls are always hot, that’s why people stick their hands down their pants when it’s cold out, so you’re gonna have to be more convincing than that, you fucking nerds.

Until then, keep the boys safe fellas and have a blessed Friday.