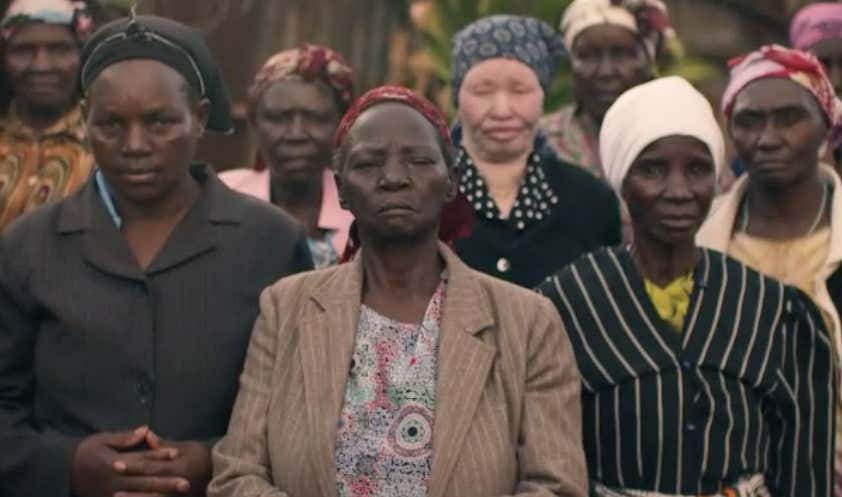 So this story has been bouncing around the world for the last few years but I guess a guy is making a short film about it now so it’s gaining traction again and also obviously there was an article written about them in National Geographic, which I subscribe to, because that’s just the kinda guy I am. The video is pretty entertaining and only like 7 and a half minutes long and honestly quite tastefully produced.

Howevah, if you’re more of the shortcut type like myself, I’ll just break it all down for you right here and now. Basically we’ve got this slum village in Kenya called Korogocho, where 200,000 people are squeezed into what are essentially cardboard shacks, and the whole village is riddled with crime, gangs, drugs, mental illness and other scary things that would make any of us run far, far away from Korogocho immediately upon arrival.

Unfortunately for most of the residents of Korogocho, leaving is simply not an option. In the case of these elderly village woman, they grew tired of feeling unsafe every night in their own homes, unable to sleep due to fear of being assaulted or raped and murdered like countless Korogocho residents before them, as the young men of the village target elderly woman for their sex crimes because they assume they are “disease free” based on their long lives.

Led by Beatrice Nyariara, the “kickboxing grannies of Kenya” have been training themselves in self defense for the past couple years, and many have since been successful at scaring off would be attackers with their sick moves.

All in all, it’s a great story. It made me feel good. I have a grandma, and I used to have another one but she passed away when I was a kid. If either of them lived in a place as horrific as the slums of Kenya, you can bet your sweet ass I’d want her to know how to protect herself. I don’t know how good she’d be at it, but it’s better than nothing.

The same can be said for these woman in the slums of Korogocho. We should be really proud of them as humans. I hope this short film keeps going semi-viral and spreads across the world and maybe more good things happen for them, but also I think it’s my job to be realistic about this whole situation.

We’re talking about young men who are growing up in the slums of Kenya. This conversation is starting to veer off the road aggressively and completely exit my comfort zone, but I’ve never let that stop me from talking about something before. These kids have to be fucking NAILS tough. Like they’re probably angry, hungry, confused, undereducated, and when you put all of that together and then these kids start forming gangs and alliances to try and better their lives, it’s inevitable that some old ladies are gonna be the victims of crimes in the process. It doesn’t take a rocket surgeon to figure out they’re the easiest targets. It’s really fucking upsetting but that’s the nature of life in the slums of Kenya. At least I think that’s what it’s like, based on what I’ve learned researching this story and absolutely nothing else that has to do with life in the slums of Kenya.

Either way, props to Beatrice and her gang of kickboxing grandmas. I feel happy of myself knowing these ladies are taking matters into their own hands and at least trying to protect themselves from the sickos that occupy our fucked up planet. If I wasn’t a giant pussy who undoubtedly would shit his pants out of fear before ever stepping foot in Korogocho, I’d love to shake her hand.