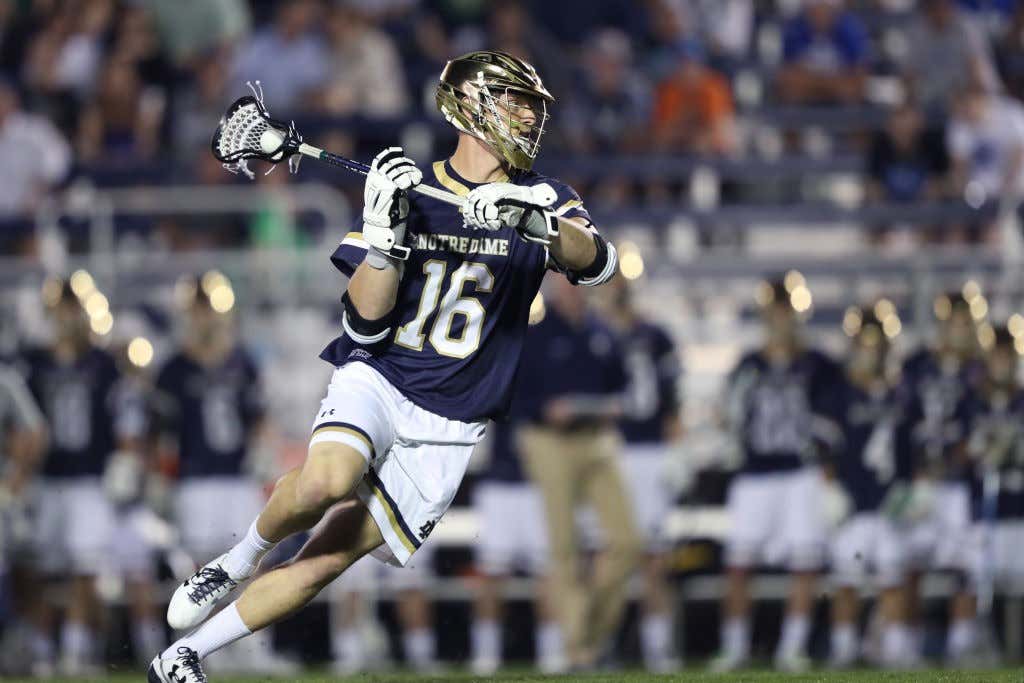 Sergio Perkovic is what we in the biz like to refer to as a goddamn freak. Especially in the world of lacrosse. Dude is 6’4″, 225. You just don’t see too many physical specimens with those types of numbers in lacrosse. It’s pretty much Paul Rabil, Myles Jones, and Sergio Perkovic. Hell, even Chris Hogan (who used to play lacrosse at the collegiate level) is only 6’1″, 210lbs. And while Chris Hogan was able to make the transition from lacrosse to catching footballs thrown by one of the greatest quarterbacks of all time, Sergio Perkovic will be the next to make the jump. Because this summer he’ll be playing in the American Flag Football League on the Roadrunners, who are led by Madden 2004’s very own Michael Vick.

Nick Tintle, who plays for the Denver Outlaws and was a 2x All-American at UNC, is also on the team. But no offense or anything, I think the Motor City Hitman is going to be our best chance of having another Chris Hogan on our hands here. It almost doesn’t seem fair to have somebody of Michael Vick’s athletic excellence to be able to chuck the ball 70-yards down the field to somebody of Sergio Perkovic’s athletic excellence. And in case you don’t know what that athletic excellence looks like on a lacrosse field, here are a few minor examples.

And here’s the thing. This league is no joke. It’s not like Sergio Perkovic is playing on a team with Mike Vick in some sort of charity league. The other teams they’ll be going up against? They’ve got guys on the roster like Chad Ochocinco. Brandon Boykin. Seneca Wallace. Jason Avant. Nate Robinson. Carlos Boozer. Tahj Boyd. Jimmy Clausen. All I’m saying is that if Sergio Perkovic is able to put up some numbers against this level of competition, I wouldn’t be shocked to see Bill Belichick at least bring him in for training camp. Especially considering he already plays in Boston for the Cannons. He’d be the next, but better, Bo Jackson playing in the NFL and the MLL. Sport of the future, baby. Sport of the future.