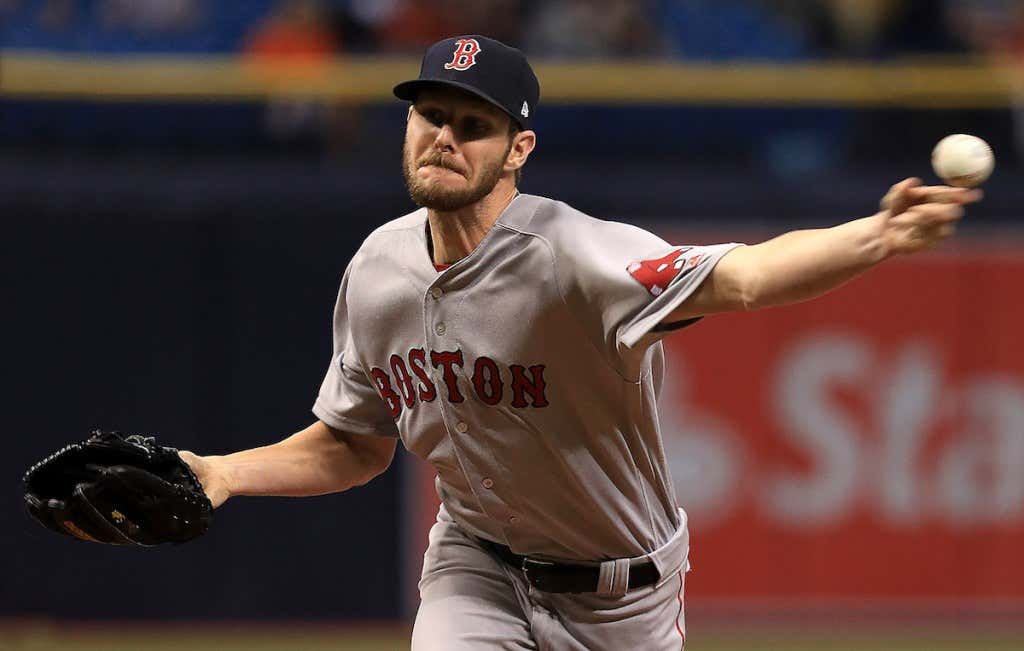 On Tuesday, the Red Sox and Rays squared off for the ELEVENTH friggin’ time. On May 22. Despite all of their battles this season, it was the first time since Opening Day that Chris Sale got the call to toe the rubber against the team that’s tied for third place in the American League East. A distant third place, but third place nonetheless.

The last time that Sale took the mound, he got a win against the Oakland A’s, went five innings, struck out nine and gave up just two hits. After the game, all he could talk about was how pissed off he was that he walked four batters. In the series opener against Tampa, Sale went seven and two thirds, struck out nine batters again, which was his fourth straight start with at least nine strikeouts, and held the Rays to one earned run on four hits. He walked two, so I’m sure he was pissed about that regardless of the stellar performance.

I feel like for the first four months of last season, we were on Cy Young watch for Sale. There hasn’t been any of that talk this year really, but it’s not because he hasn’t had a Cy Young-worthy start to the year. It’s because the top of the Astros’ rotation has been ridiculous. After his 11th start of the season against Tampa, Sale lowered his ERA to 2.17. That’s the lowest non-Astros ERA in the American League. Unfortunately for Sale, he’s got Justin Verlander (1.05), Gerrit Cole (1.86), and Charlie Morton (1.94) ahead of him. However, Sale (96) trails just Cole (101) for the top spot in the American League in strikeouts.

Rafael Devers also went deep in this one, his ninth. His next home run will match the most home runs that Pablo Sandoval hit in any single season during his three years with the Red Sox. He hit ten in 2015. Devers has avoided any Sandoval-like criticism despite putting together a similar performance defensively and somewhat offensively. The difference there is that Devers is just 21 years old and still adjusting to the major league level, while Sandoval was a fat piece of shit making $95 million with a decade of big league experience. Devers is gonna hit, and I’d like to think the defense will eventually improve.

In game two of the series, it’s a matchup of former teammates — David Price versus Chris Archer. The Red Sox have traditionally owned Archer, but most of that was David Ortiz hitting moon bombs off of him and then pimping them right in his eyeball. Boston hung a four-spot on Archer back on Opening Day, but lost the game after a bullpen meltdown. Archer’s got an ERA of 5.01 this year and is just a couple starts removed from getting tagged for six earned runs and three homers by the Orioles.

This will be the fourth time that Price faces the Rays already this year. He’s got a pair of seven-inning shutouts and a start where he gave up five earned runs. His last time out, though, he was a strike away from a complete game shutout before Manny Machado sent a cutter over the Green Monster to spoil it. Regardless, Price is still coming off his best outing of the season and it would be nice to see him toss a third consecutive good start.