Absolutely nothing happened next. I just think it’s funnier if people didn’t know my real identity but the internet can’t have nice things. It’s funny that Deadspin was mad about the Washington Post article granting me anonymity but Deadspin has essentially granted me anonymity for the last 4 years too. All that changed when an article came out that was moderately positive, so they decided now would be the time to put it out there.

So instead of reading their article just see it here. Here it is: WARNING GRAPHIC MATERIAL FOLLOWS. PARENTAL ADVISORY

My name is Eric Sollenberger. Here’s a picture of me writing this blog in the RV without sunglasses: 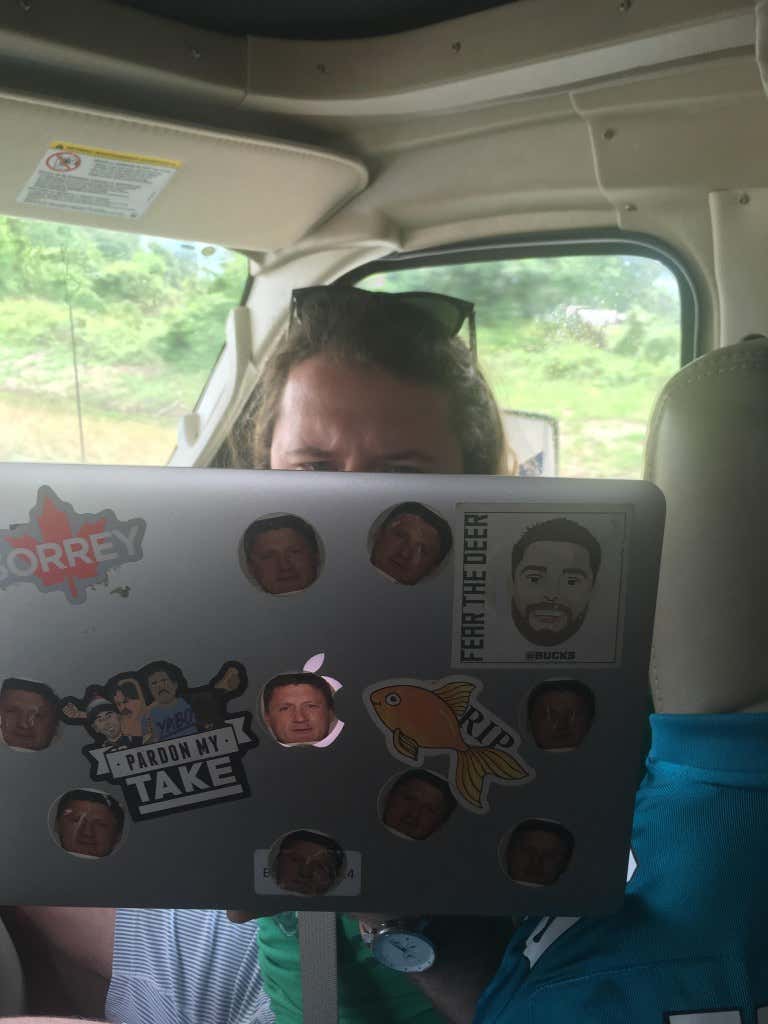 1. I got arrested for drunk in public on St. Patrick’s day when I was 19
2. I’m short. Many people don’t realize this because I walk so very tall
3. I can’t pronounce the word anonymity at all. I’ve tried to several times in the last couple hours and I simply can’t do it

Don’t give Deadspin the clicks they’re chasing, and please don’t use it to harass Laura or anyone else there. It will just prove their point and no one wins in an internet argument. “Lions don’t concern themselves with the opinions of sheep.”
-Eric Sollenberger
-PFT Commenter

PS Oh shit Eric just died in an RV accident while he was writing this blog. This is his identical twin brother taking over- my name is actually PFT Commenter and I will be taking over his blogging and podcasting duties now that he’s dead. With his last dying breath Eric said how much he loved you guys and how much it meant to him that you’ve gone along with the joke even though his name has been out there and you’ve probably already seen his eyes when YP forgot to blur them out. That meant a lot to him and he wanted you all to know that. #RIPEric #LongLivePFTCommenter.

PPS Let’s never talk about this ever again