So in the end, the Entenmann’s Black & White Donuts were not a game changer or as good as the Original Frosted. But they sure as shit aren’t bad. I gave them a thumbs up because despite being an uncultured dick that can’t even open the box correctly, I will not hold the child of the GOAT up to the standard of its parent. KFC on the other hand was much more heavy handed than I was and went thumbs middle. I may outweigh him by a few hundred percentage points, but I yield to him in all things donut related since he has a baseball card with him eating a donut. 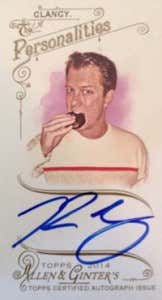 Snackin’ Off — Lay's Kettle Cooked Everything Bagel With Cream Cheese