RNR1 was a rousing success minus the horrific technical issues. And while thats certainly something that needs to be addressed, the real thing to focus on is how wildly entertaining the pay per view was. Because thats whats gonna keep people coming back for more. And there was no better example of just how fun that night was than this footage from the Barstool office reacting to Tex’s near knockout of Hank.

Make no mistake about it, Hank mopped the floor with Tex. Beat him handily. No doubter. Tex’s own words after the fight were “I feel like I have polio.” It was a thorough ass kicking. But…BUT. The punch of the night belonged to Tex. Hank got real cocky after round number 1 when he knew he had this thing in the bag and he let his guard down big time. Tex caught him square in the face and sent Hen Easy down to the mat like Glass Joe in the first fight of Mike Tyson’s Punch Out. Hank even said it himself – he was saved by the bell in round 2. He said he was out on his feet and had he gotten clocked like that earlier in the round, Tex would have won that fight. Which is exactly why Rough N Rowdy fights are so exciting. Theres no real favorite or underdog. One punch is all it takes. Which is why it was such a stunning moment and why the entire watch party reacted like they had maybe just seen a huge swing in the momentum of the main event.

The collective ROAR from everyone at the bar was nothing short of incredible, but the individual reactions were all hysterical, let’s break them down: 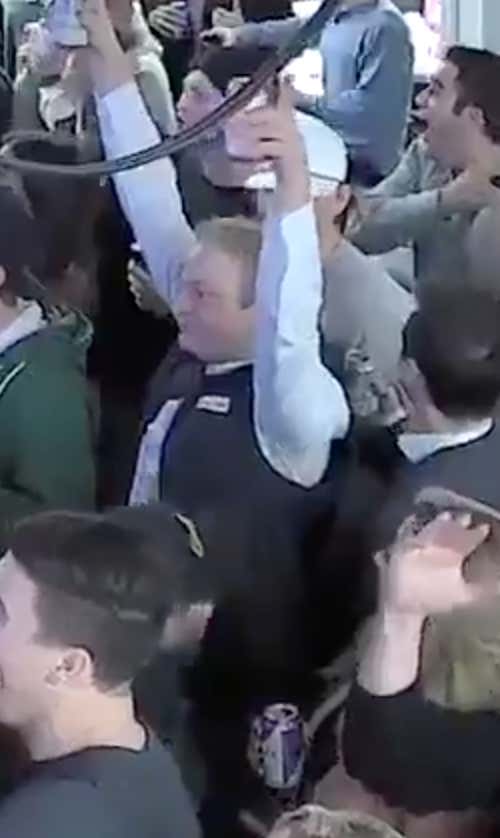 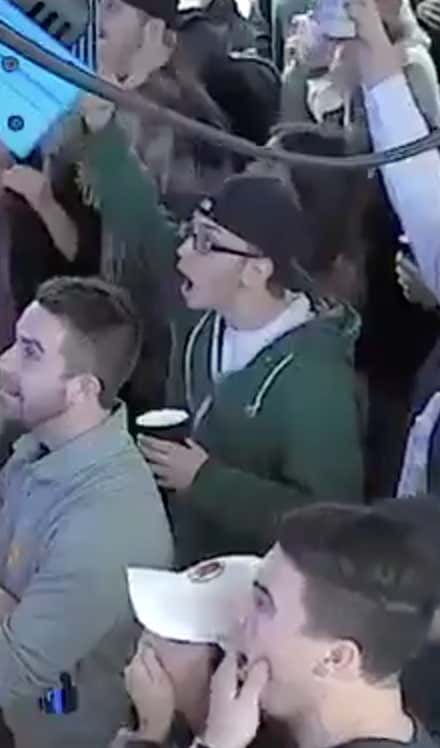 Out of the entire crowd filled with “I cant believe what I just saw!” face, Bren’s look of pure shock was the best 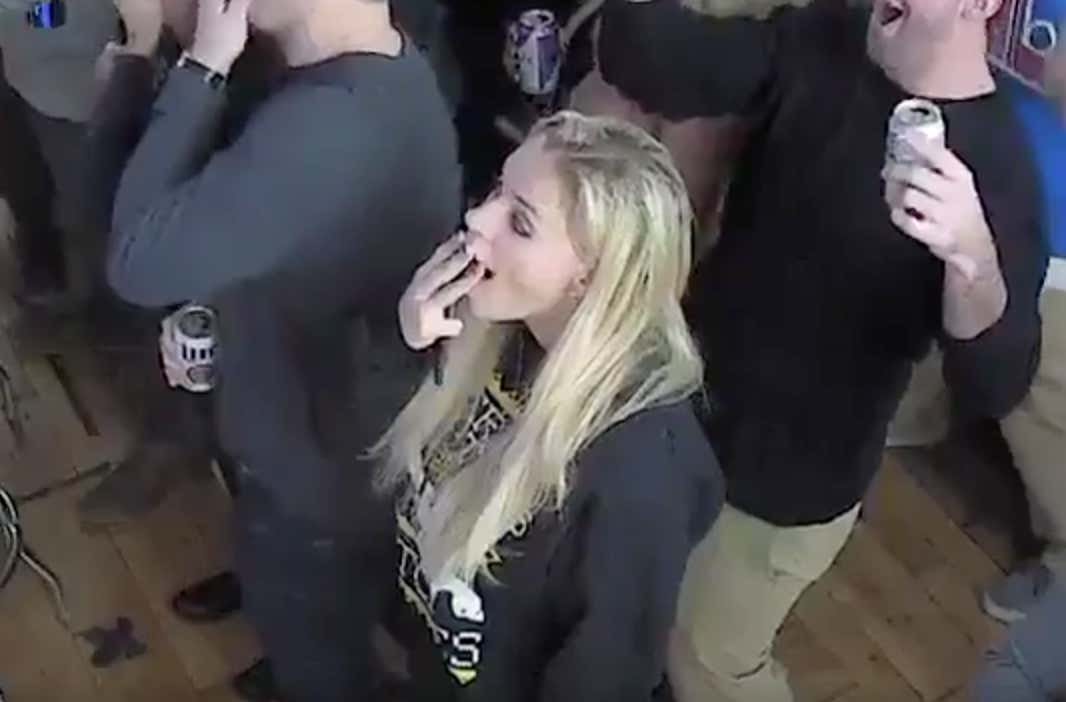 Binksy was frozen with her hand over her mouth, probably not only contemplating who was going to win this fight but also wondering if she made the right career choice coming to a place with the worst technology in the world. 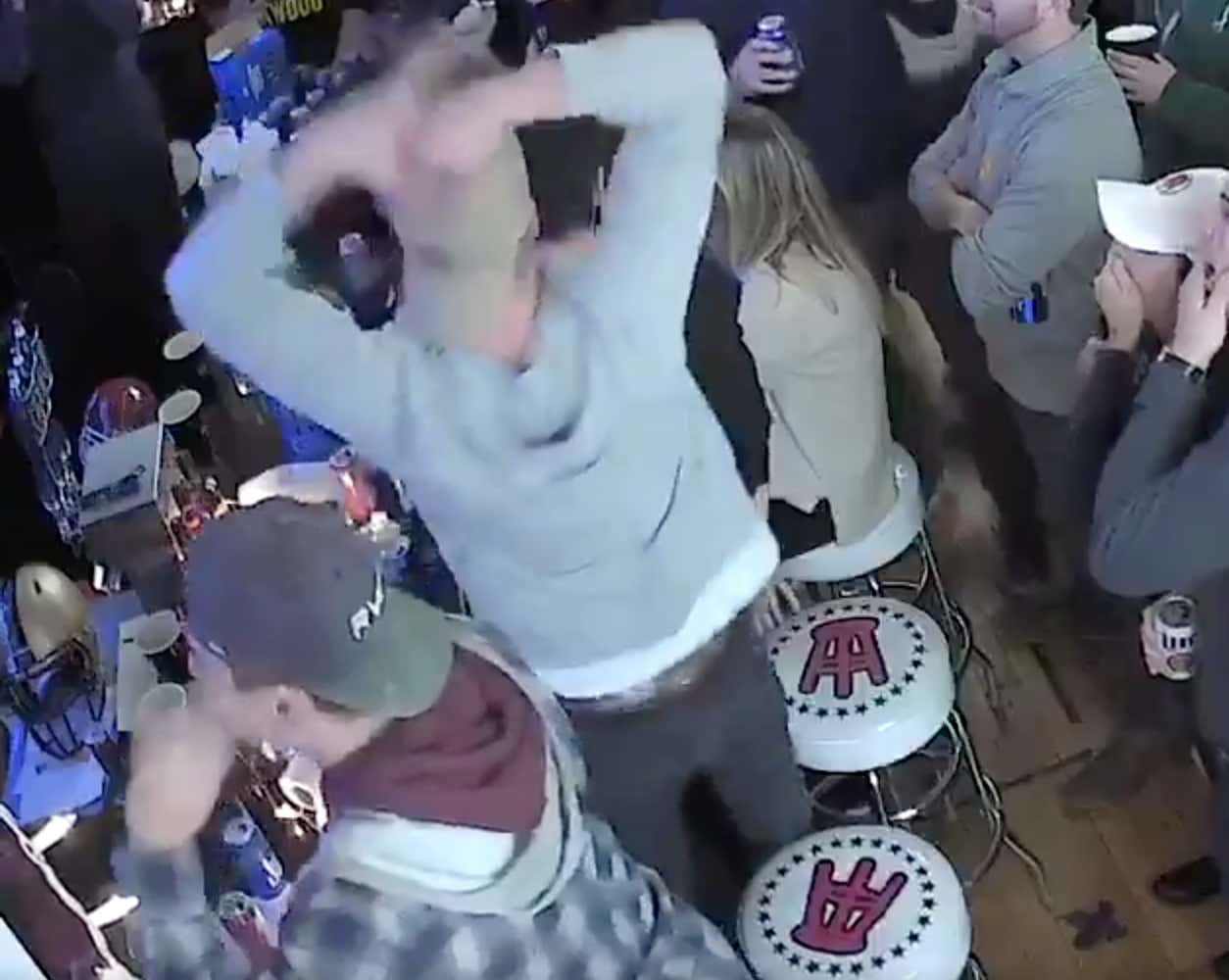 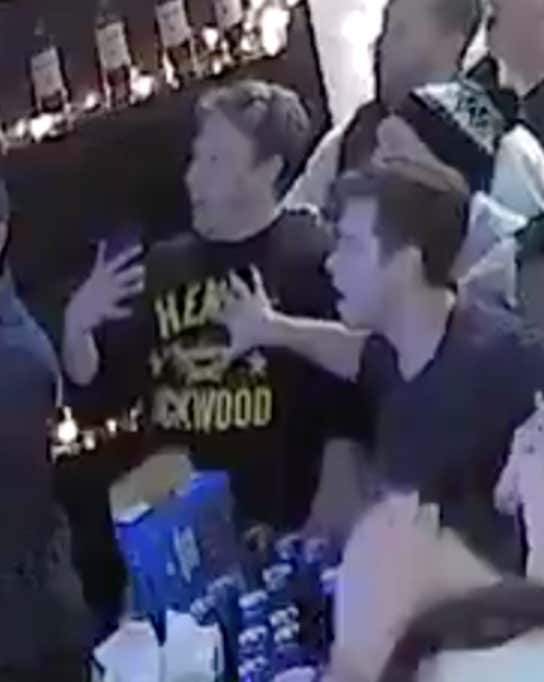 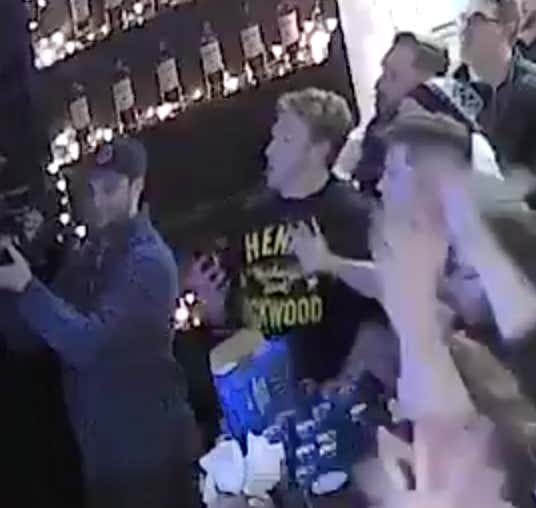 What people dont realize is that Feitelberg is the real leader of Team Hank. PMT was there with him in person, but Feits was there in spirit. Feits and Hank have been through it all together. They’ve gone through the dark days of Barstool together. They sat in that rotten hell hole of an office in Milton. They fought Portnoy together. From the Blackout Tour to Rough N Rowdy, Feits has always truly had Hen Easy’s back. He also hates the shit out of Tex. So this face right here was one of a truly genuine “Oh fuck.” 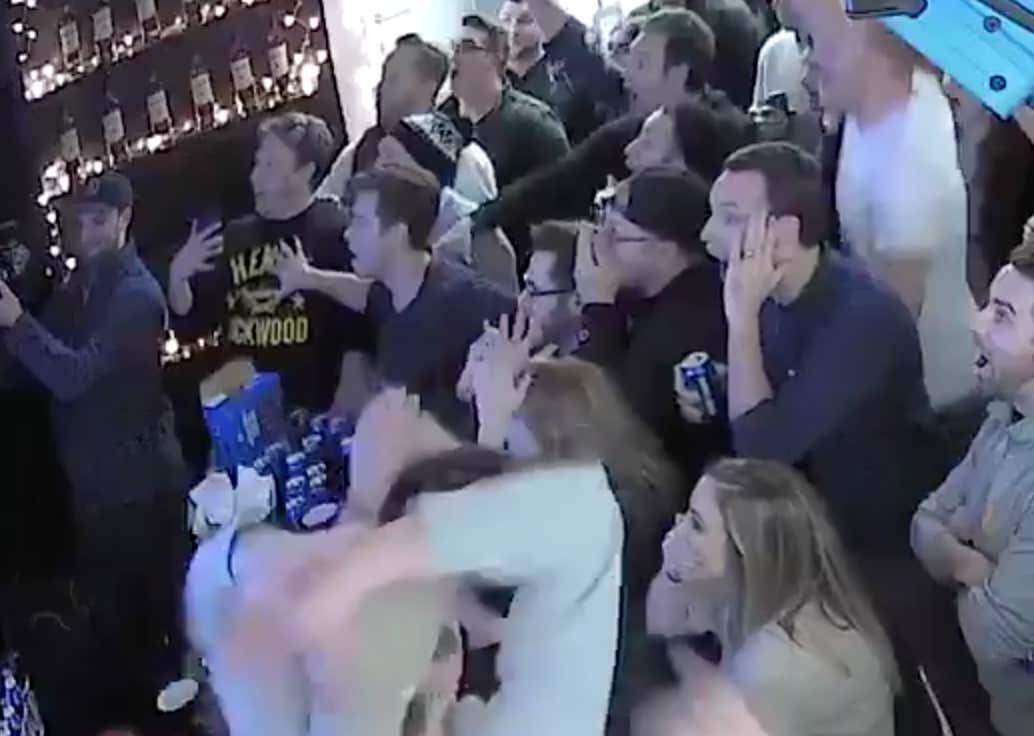 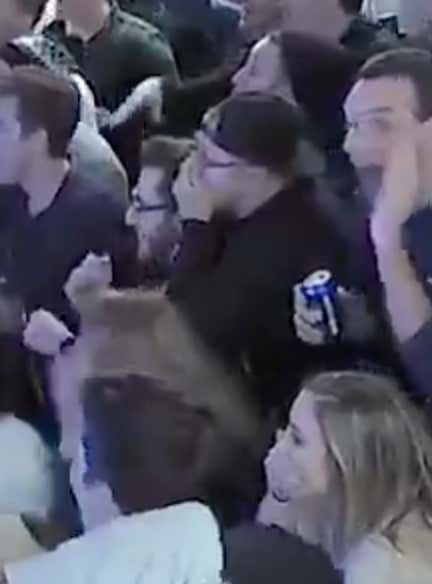 Trent hugging Keith was the highlight of this video for me. Its so pure and genuine. Big Daddy doing Big Daddy things – when trouble is afoot just hug somebody. Oh no something is wrong HOLD ME! 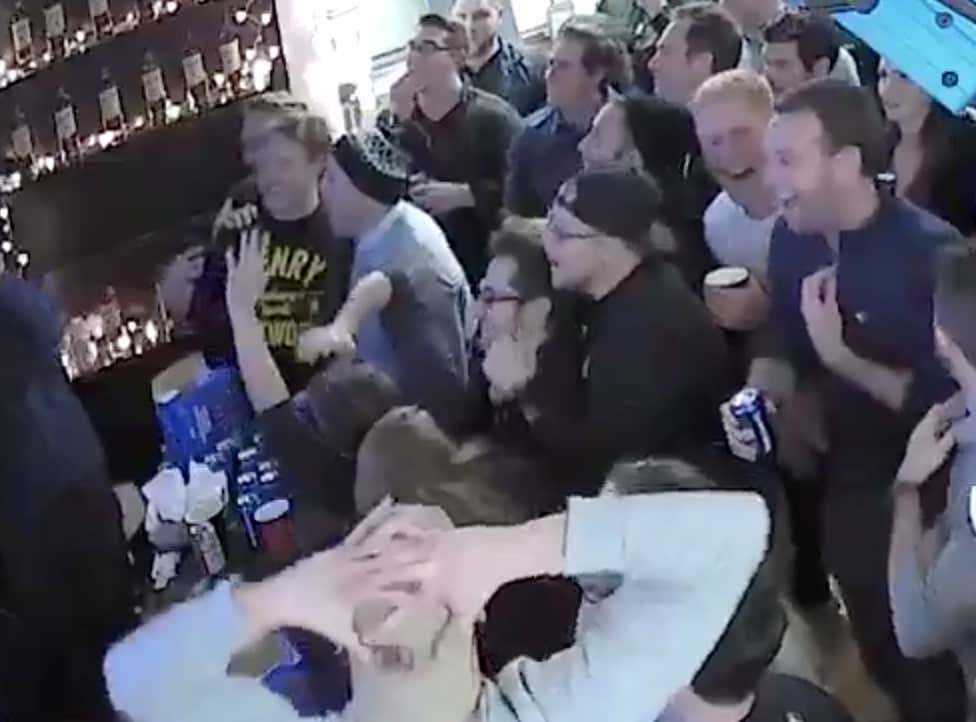 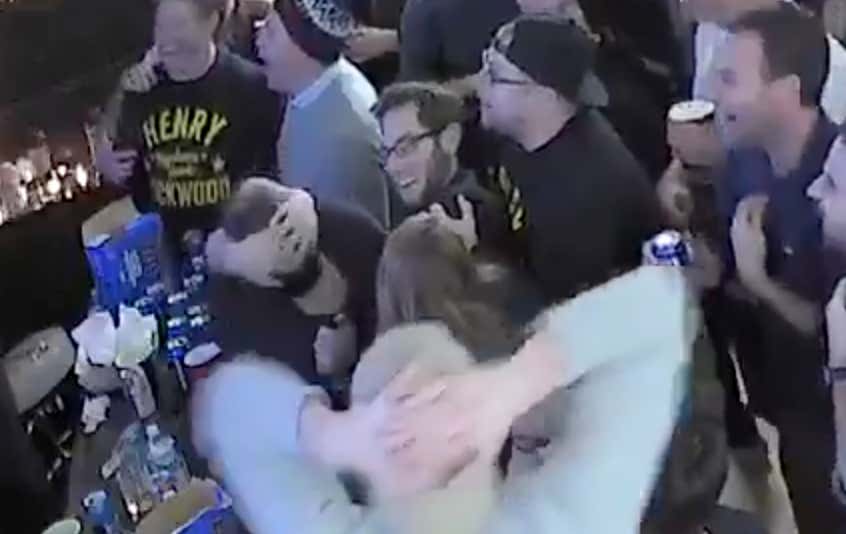 Apparently I reacted like NBA bench players who just witnessed a monster dunk. I basically temporarily turned into a Black Twitter meme GIF. 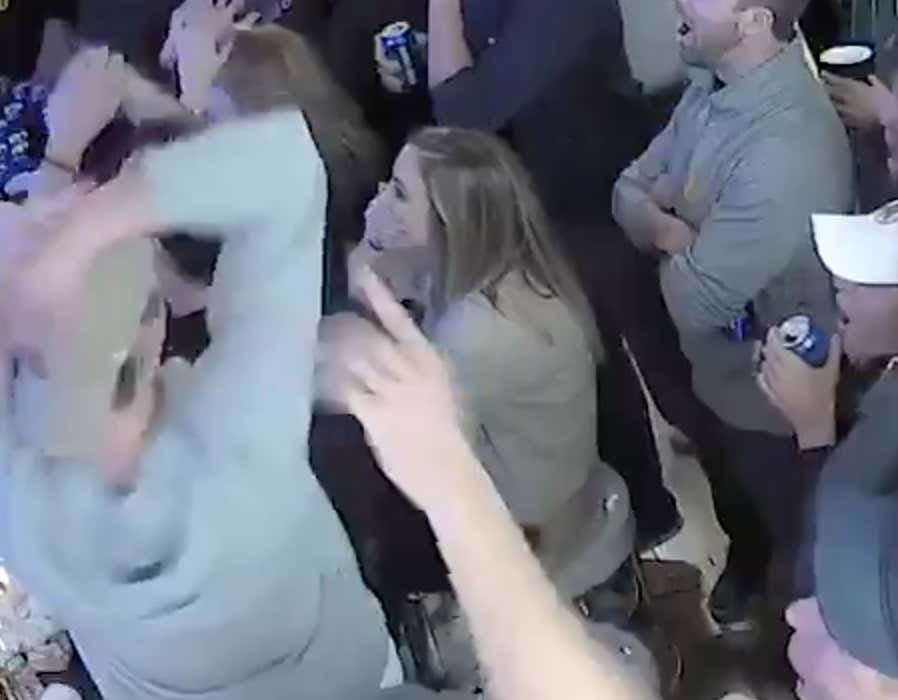 Katie thought she witnessed a murder 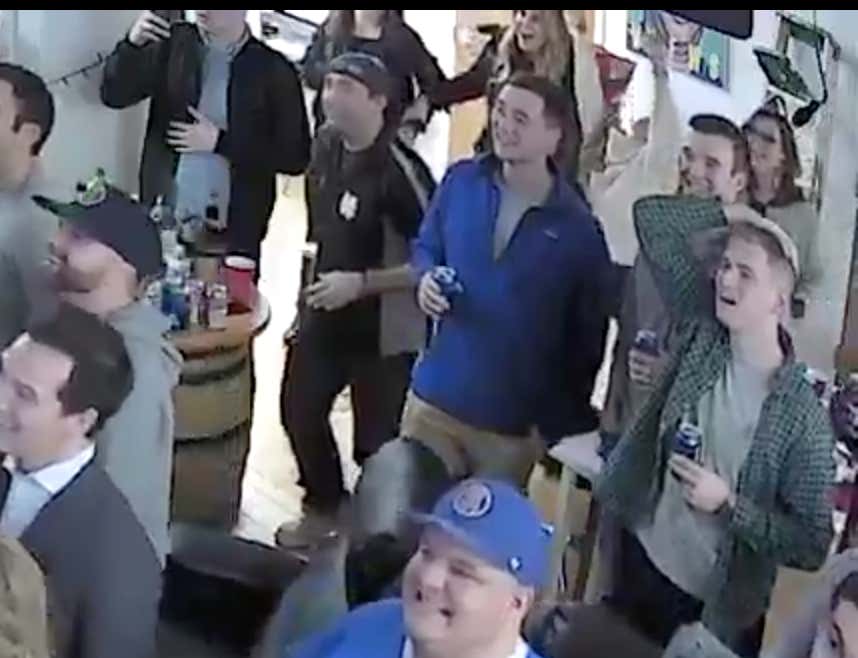 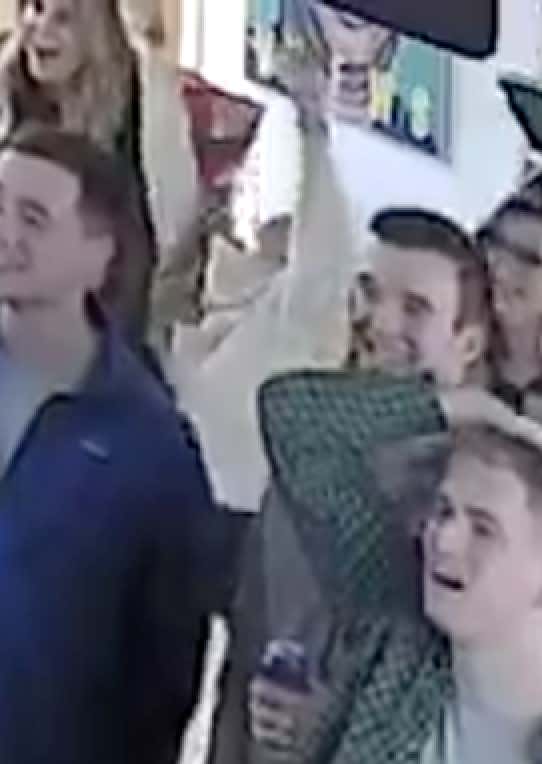 Alida was touched by the Holy Ghost. The Holy Spirit flowed through her body. PRAISE JESUS!

Its a video you can watch 50 different times and focus on one person each time. Every single viewing you see something different. It was a testament to how fun and exciting that moment and that fight was. This was the exact moment that made me buy into Rough N Rowdy. Full disclosure I didnt think that purchasing RNR was a great idea until I experienced that PPV. That was the most excitement and entertainment I’ve seen crammed into one event in a long long time. If you’re still in college or you can get together with a bunch of people or organize a watch party at the bar, you will not regret getting involved with Rough N Rowdy. Mark your calendars for it, because one punch is sometimes all it takes to make your entire night electric.

Unexpected Barstool Employee Gets Backlash For Tweets Ft. No Jumper

The Mobster Who Founded Las Vegas

The First Step to Starting a Business | Work Like a Girl

What's Your Definition Of Cheating?

House of Stools - Episode Five: "Fox and The Hound"

The Barstool Sports Advisors Are Back for NFL Week 4