This Blog is Part 1 of a 3 part series detailing my tumultuous journey as a Shanghai Sharks fan. I’m sure a multi-chapter blog is gonna ruffle some feathers but if I combined them all into one blog it was sure to piss people off as well. This story spans 4 years so I’d rather not try to condense it into 3 paragraphs and one video.

My history with the Shanghai Sharks, America’s unofficial Chinese basketball team, has been an emotional roller coaster to say the least. It all began with me going to games my first year in Shanghai (2011-12) whenever I needed a little Americana in my life. I was in a strange land and watching basketball games was one of the few familiar activities around that I could relate to wholeheartedly. Plus, It was always comforting cheering for the American ex-NBA players on the squad who just like me, were probably thinking, “How the fuck did I end up in China? While the high school sized gyms and lackluster crowds left something to be desired, the $1.50 beers and cute cheerleaders dancing to K-Pop more than made up for it. One game led to another and as you can see from the video above, It didn’t take long before I was ALL IN on the sharks. (shout out my buddy Rob for going to the games with me and filming).

By my second season as a fan, I had started making a name for myself around Yuanshen Stadium AKA The Shark Tank. No longer was I just that “loud white guy”, I had become a beloved and respected member of #SharkNation. The concession girls faces lit up whenever they saw me,

and I received an official endorsement from a personal hero of my mine and former Shanghai Shark, Gilbert Arenas. #TrollRecognizeTroll.

However, it was around this same time that, for better or worse, I began to realize that if you were white in China and acted like you know what you were doing, there wasn’t much you couldn’t get away with. I believe in some circles this is known as “white privilege” and in US society, It has some negative connotations, deservedly so. But hey this was China, where I was in the minority, and I’ll be damned if I wasn’t gonna have some harmless fun with it by making a fake media pass so that I could sit court-side and heckle the fuck out of Stephon Marbury and the Beijing Ducks. #fucktheducks

Unfortunately, absolute privilege corrupts absolutely and I eventually took it too far when I decided to join the cheerleaders on the court during a time-out in the midst of a tight play-off game because I felt they needed some help getting the crowd amped up.

While my dance routine did directly lead to us winning the game, I was still briskly whisked away to the closest police station, where I waited next to some angry looking dude in a jail cell until they could find a police officer who spoke english. (S/O my Chinese cellmate for being the muse behind my first Instagram post. Can’t believe I made the rookie mistake of using the Kelvin filter. Ugly AF. ) 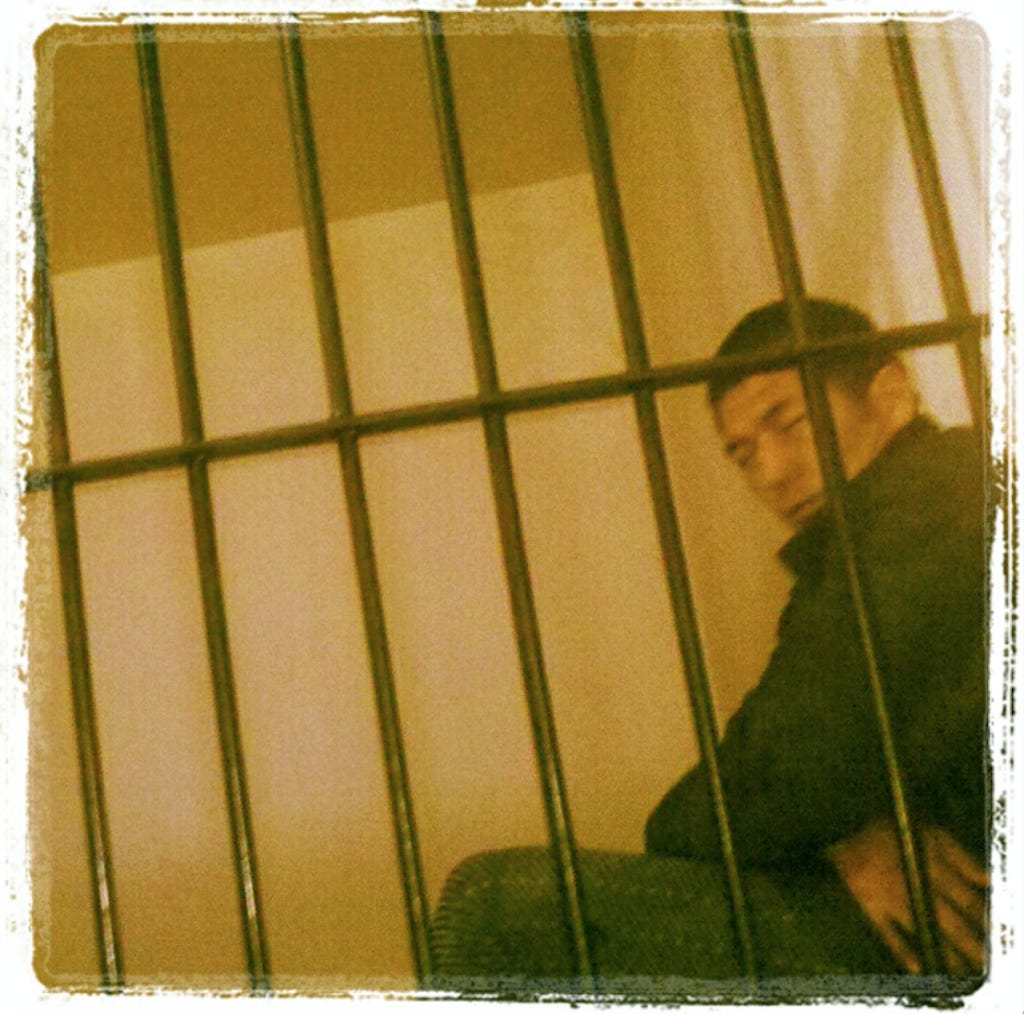 To my surprise tho, when the english speaking officer arrived, all I had to say was  “I’m sorry, in my country we don’t have a rule where you can’t dance on the court. Must have been a cultural miscommunication.” and I was immediately released without so much as a slap on the wrist. White Privilege Strikes again! Or so I thought… until I found out I had received a life time ban from The Shark Tank…

Will I let a life-time ban come in between me and my beloved Sharks? Find out in Part 2 as this story is far from over…

I can’t WAIT to screw my cousin over Thanksgiving break.

Couldn't Sleep, Had A Nightmare About Missing Putts

Thanksgiving at The Beverley's - The Pat Bev Podcast with Rone: Ep. 6

Asking Guys to To Mash My Potatoes & Butter My Muffins