What a day. Who would have thought a kangaroo in the office wouldn’t be the wildest thing that happened? When called into battle, I answer. When I’m told to jump, I ask how high. And when someone has to 69 Asa Akira in the office, I report for duty. I roll up my sleeves and get to work. Peter Chernin spent millions of dollars for this company and I’ll be god dammed if I’m not going to give him a return on his investment. 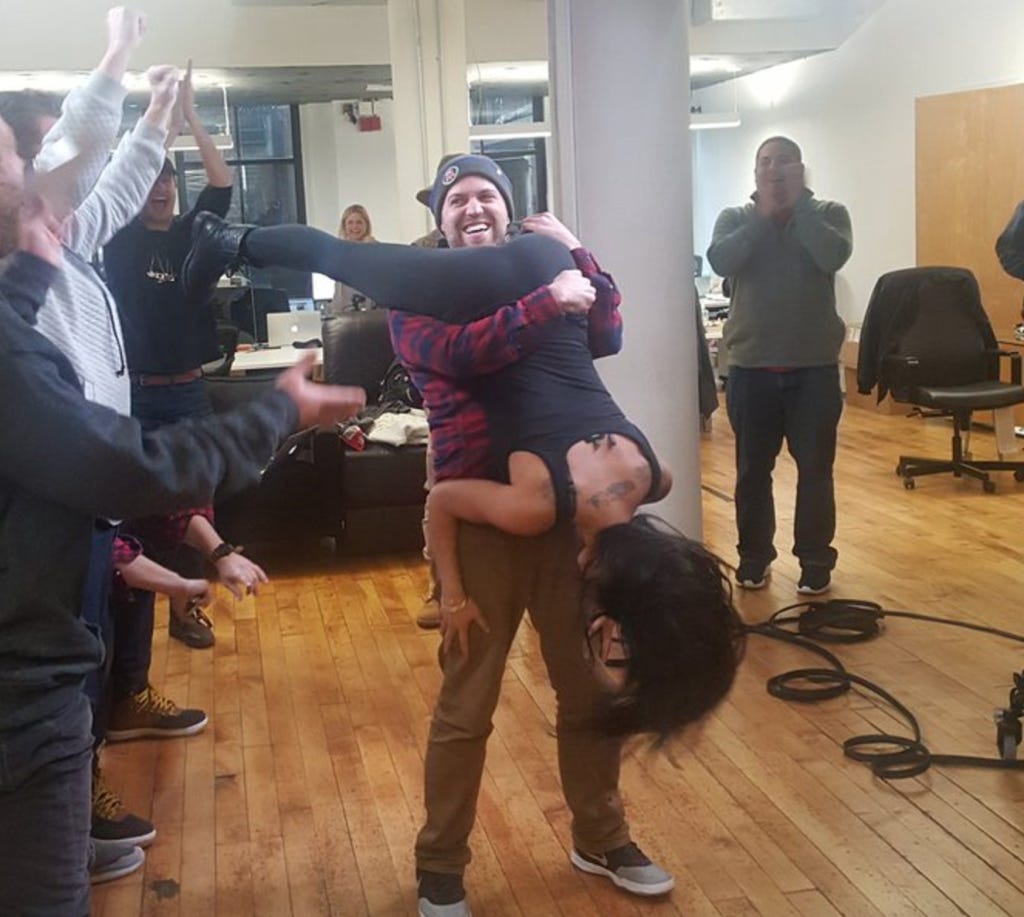 The office reaction was absolutely hysterical. Everyone, even the sales people and tech people and the 37 different interns stopped what they were doing to gather around. And not to pat myself on the back, but I did not disappoint them.

PS: Nobody has ever been as excited anyone as Kevin was for me to pull this move off. Pure jubilation.

Can The 'Strokes Gained' Statistic Knock 51 Strokes Off Of My Golf Game?

Barstool's #CollegeGamingChampionship Is Down To The Electric Eight - Who Is Coming Out On...

Nick Had A Wicker Mattress Growing Up