The MLB offseason wastes no time getting started and with it come all the meatball predictions you can imagine. Teams that have been dormant for months find themselves back at square one. Names that have turned down extensions finally hit the market. Players opting out under historically favorable circumstances. Everything points towards the direction of Complete Chaos and there's really no suggesting another alternative.

With it gives us the chance to really kick the tires so let's do just that. Let's get weird and muse some of the biggest moves on the table. Here's where my brain sees it:

But first subscribe to Starting 9 so I can buy a new winter jacket. The Farmer's Almanac says January-February is going to be rough

- Aaron Judge Gets $50M AAV: Maybe more? Correa got $35M from the Twins for 3-years last winter as a benchmark. And that was an objectively soft offseason. Now the market's about to catch-up on these shorter-term, higher-annual-salary deals as they've become more common. And you can easily assume a more active and expensive market based on a bunch of shit. Lots of signs pointing at monster contracts coming this offseason, and none should get more per-year than Judge.

If he goes for shorter terms, there's plenty of arguments it could eclipse $50M/season and that's because he should. The Yankees won't be outbid meanwhile the Giants say they won't be outbid meanwhile Steve Cohen committed about $450,000 per save to Edwin Diaz. My instinct says he'll sign after Thanksgiving but before Christmas. Why? Just seems like the kinda guy that wants to get input from the family in November but then follow up with closure by the time presents come.

- The Giants Spend $501M: The Rangers shocked everyone last offseason with a buttload of money to Corey Seager, Marcus Semien and Jon Gray. It coincided with a new stadium and presumably some geographic pressure to not get completely truck sticked by the Houston Astros year in, year out. And good chance they follow up again this winter with some more stuff. So much that I should probably add it's own bullet point below. But for now it's worth the reference point because I think the Giants fill that role this offseason and for fairly similar reasons.

Most Notable? The Giants right now are miles behind the Padres who are, over 162-games, miles behind the Dodgers. It's one of the more distant 3rd places you're gonna find in any division and it's only getting more crowded with the Diamondbacks' emergence and the Rockies' rumored interest in spending more money this winter. The pressure's on and Scott Harris just left town to run the Tigers. Good opportunity to bridge all those changes with some monster contracts. As of today, they're looking at every position.

- Dansby Goes Out West: This is maybe stupid. But everyone thinks Dansby is staying in Atlanta or playing for the Yankees. As we talked on S9 today, Dansby would lose the powers betrothed by his flowing hair and sweet beard if he lands in the Bronx. The Braves have also pumped a ton of long-term money into multiple impact positions now. Is there room for him long-term? Or will nearly every adolescent Braves fan be emotionally devastated with him leaving for a new club? My hunch is the latter and I think it's because someone backs up the Brinks truck for him long-term.

But I mean above and beyond market value. I'm talking a WHAT THE FUCK kind of offer and I wouldn't put it past the Dodgers if they miss on Turner and Correa. Or the Giants. Or the Rockies if they want to get negligent again.

Or maybe even Chicago. That's west enough for a born-n-bred SEC boy and there's plenty of room in those middle infields.

Point is I'm not married to this narrative that he's a Yankee or Brave. If anything I think he's most likely of all Free Agents to cause the most surprise.

- Verlander Cracks $100M Again: Credit to the big bastard for opting out of a $25,000,000 salary to go get more years and money. This guy is going to pitch long past I'm dead and I have at least another 6-7 good ones in me. How he does it, I have no idea. But he's doing it and there's gotta be at least a couple owners that are sick and tired of watching him perform goddamn magic tricks for the Astros. Does someone have the balls to give him 4-years? Or is the slam dunk AL Cy Young winner capable of getting Max Scherzer kind of money now that you know he's healthy and still at his career best? 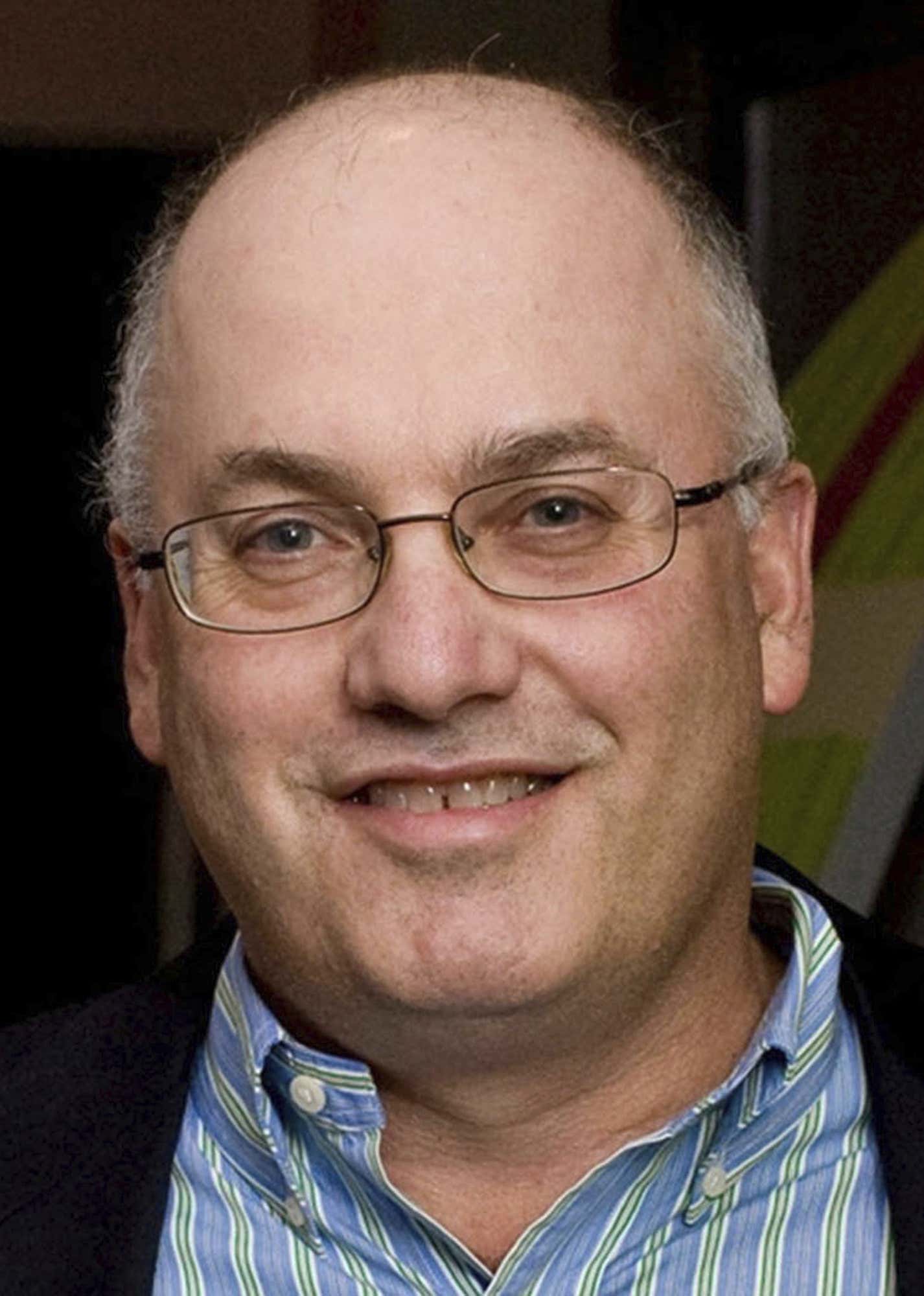 I have three Powerballs to spend

- The Rangers Do Some More Crazy Shit: Like I said above, it makes all the sense in the world to me that the Rangers continue to spend money in free agency. Except this time we won't be nearly as surprised as last year. Rumors are swirling around deGrom. Carlos Rodon is looking for a big deal. Clayton Kershaw's from their geographic nucleus. There's enough compelling storylines for the Rangers to go big again that I'd actually be surprised if something didn't happen.

- Correa To Chicago: I'm obviously biased so just be patient with me. The White Sox need an impact player and most of the ones available play SS. The locals seem to be okay moving Anderson to 2nd, especially with the club's problems getting production at the position mixed with TA's durability issues. He's missed almost 33% of White Sox games since the start of 2019. If anything, the Sox should be plenty aware at this juncture in this core that Games Played truly is the most important statistic. There's a number of upgrades available that would make them one of the most dynamic trios up the middle with Robert in center. Does Jerry have the balls to do it? We know he's got the money and Correa would be the perfect fit.

On the other side of town, there's no question the Cubs need a blue chipper. The Dodgers will have a big say in SS activity as they own the most control across all relevant considerations. And lurking right behind them are the Cubs - so desperate and ready to spend that I can all but guarantee one of the big infielders lands on the northside. On that front - Correa is also a perfect fit with the Cubs for the same obvious reasons.

Legend has it he liked Chicago last winter but was pushed away by a lack of urgency. Has that changed enough from last winter? I give that a resounding Yes.

- The Yankees Get Worse: I'm not trying to start a bunch of bad shit here but a typical worst case scenario for the Yankees is that they don't improve. Rarely can you reflect in April and categorically say they got worse, but this feels different now. Rizzo, gone. Judge, likely gone. Donaldson penciled in for 130+ games and nothing young that moves your dick. Just a weird mix while the rest of the division looks ripe to improve.

To keep up next year and beyond, Cashman's gotta unload on a number of free agents and it's going to cost way more as the pinstripe brand continues to take body blows. One of these days it's going to completely fall apart to the tune of Bad Baseball and I think that day is much closer than Yankees fans realize.

- Shohei Actually Gets Traded: Maybe not. Probably not. The Angels certainly say it's not happening. But have they fielded sincere offers? Let's wait a couple weeks when teams don't get their way and the market shapes up. Right now it's easy to say Shohei is staying put because that's what you'd think buyers want to hear. So that's where things stand right now, but again - nothing says it stays that way.

Pretty sure most of these billionaire owners have done much worse to get far less than Shohei Ohtani. And I don't mean baseball. I'm talking life. Most of these guys are one degree removed from Bond Villain status. Dead bodies? I'll show you a dead body.

Again. For the last time. I could be wrong.

But I could also be right. Subscribe to Starting 9 here to find out.