Today was an eventful Yak coming off the Mets collapse, the Bucs driving a wedge between Big Cat and I, Rone flying high with his Eagles, Big Cat paying for an open bar in Missouri and a lot more. But what stole the show was finding out we could see our dear co-worker, Corey Smutledge in an adult scene in a movie. You see, Corey just had a movie come out called The Blacklight that he's been working on for SIX YEARS helping produce and acting in the film.

When we watched the trailer, something stood out though...

He came on The Yak and confirmed it - He gets busy in the movie. 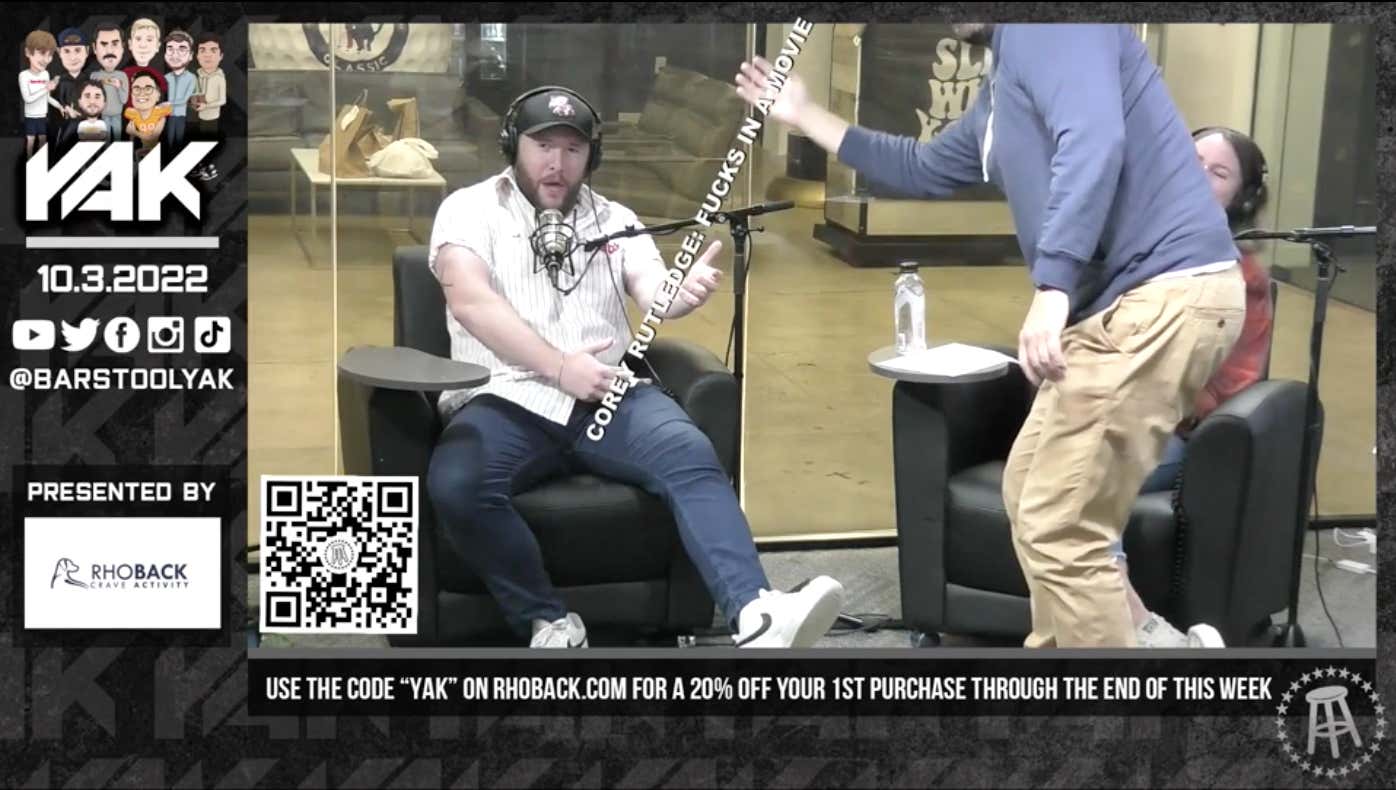 So if you'd like to see Corey get down, watch The Blacklight here:

After you're done with that, check out the full Yak here:

Brandon Walker Has Copied Big Cat Again, This Time Going With Spanx Himself

We Live In The Future: It Is Impossible To Tell If This Qatar Walking Tour Video Is Real O...

Rone May Have To Go To Iran

KB Destroys The City Of Houston

What In The World Does Nick's Friend Do For Work?

BREAKING: Zah Is Banging His Roommate

The Yak Gets Artsy

Big Cat Has Discovered Spanks For Men And It's A Gamechanger

Skinny Fat Is Not A Real Thing

HHH Day On The Yak And Somebody Is Getting Acrylic Nails