Welcome back to Episode 11 of Bleacher Bum TV and quite honestly I've reached my breaking point. It only took until June 21st which is about a month ahead of schedule so that's nice. But man are things bad right now. Borderline unwatchable as the Cubs drop to 17 games under .500 and strongly flirting with Dead Last: 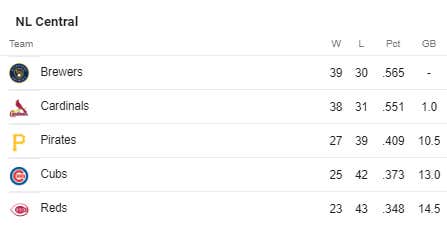 As such you can hopefully understand the predicament I'm in. I want to have a good time in Wrigley this summer and enjoy a nice day out every once and awhile but that's not easy when they're underperforming. In fact it's quite the opposite. You see a laid back neighborhood with dive bars and you're inherently less likely to care about an underwhelming team. But now we've had a taste of the good stuff while Tom Ricketts has ripped apart the neighborhood with high-yield developments. Or something of that nature.

So I did what anyone trained under Sun Tzu'a classic teachings would do. I met Tom Ricketts on his own turf to better understand how he sees Cubs fans. That means cocktails and lounging at Hotel Zachary. A quality pregame meal at Swift & Sons. Some rowdy domestics at Gallagher Way followed by a delightful taste of handcrafted fudge at the appropriately named KILWINS.

Thanks to JP Graziano for sponsoring another episode of BBTV. It's amazing how much support Jim gives to Barstool Chicago and it's never lost on us. We're running a promo with him for 2 Beef Kits for $20 through the end of the week with delivery guaranteed for 4th of July. They ship all over. You can get it here.

An of course tanks to my close pal Bader for tagging along. You've probably seen him at Laugh Factory or Zanies over the years. Dude is an absolute riot and a good friend of the program. You can follow him here which is highly recommended

Or check out one of his man on street videos here: