So here’s a blog I absolutely never thought I’d write and one I'd equally never read. But sometimes shit happens and now we're here against all odds with a downright JARRING announcement:

I know. Absolutely preposterous announcement but trust me it is entirely truthful and sincere.

I will now take questions.

1. Are we talking about THAT Jake Arrieta?

Yeah valid question out of the gate. Turns out this is the real Jake Arrieta although it would be sneaky funny to swap in some random guy that trains horses or valets cars for a living. 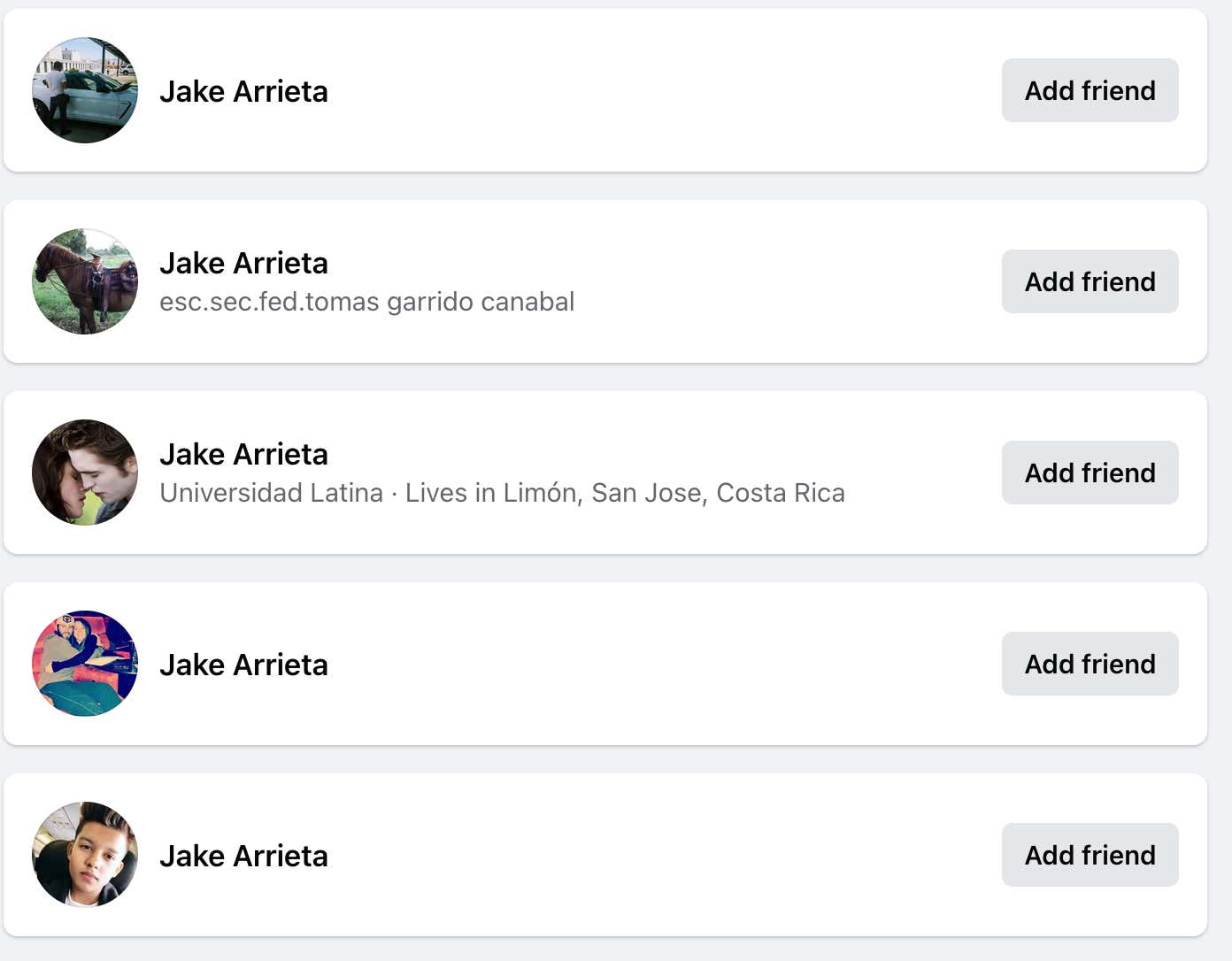 Instead we landed the real one. The guy throwing 96 with heavy sink and some remarkable career hardware. That's the man taking over for Dallas Braden to carry the voice and future of baseball on Barstool Sports.

2. Wait… Just to be clear, we're talking about this Fuckin Guy?

Yeah Jesus Christ buddy how many times do I need to repeat myself. The man myth legend that you know as Jake Arrieta has officially joined Barstool Sports to talk about baseball and life. Twice a week for hours a week, you'll get his insight into everything from MLB filthy pitchers to proper oblique management to best practices for keeping a side pistol with a bunch of shit in between.

3. This isn't a question. I just want to emphasize at this point that I'm very excited.

Yeah me too. We all are. Baseball is one of the strongest and most widely shared bonds between the Barstool bloggers. We all have our own personalities and styles and blah blah blah. But one major constant is that we're (almost) all degenerate baseball fans. The kinda guys that care and grind for 162 games even when the season is a certified PUNT before the club even breaks camp. Barstool is littered with guys like us and now we're adding one of the great MLB teammates of our generation.

In other words, it's basically the same as when Ice Box shows up in Little Giants.

Is the Annexation of Puerto Rico any better of a play call? Does Marcus have a stronger leg or is Junior throwing tighter spirals to Hot Hands? All because Becky O'Shea just showed up?

Absolutely not. But the confidence and passion she brings out of the Little Giants is evident and I'm feeling the same way about Jake's integration to Barstool. The blogs and related insight will very likely remain the same, but it's nice knowing that the Ice Box (Jake) is there to clean up our missed tackles.

That's maybe the best analogy of my blogging career.

4. So what does this actually mean?

Two episodes each week on the Starting 9 channels with Jake and myself: Tuesday and Thursday. We're still figuring out the mechanics but it's shaping up to be an MLB recap/around the league show on Tuesday with a heavy interview show on Thursday. He's not moving to Chicago and I'm not moving to Austin (…) so this will look and feel a lot like the Dave Portnoy Show. Challenging at first glance, but we've got the full weight and support of Barstool behind us, which is, without even the slightest bit of bullshit, a remarkable machine.

As for interviews, there's a definite shift in our focus from current players to retired players. No disrespect to the scores of Phenoms with less than 2 years of service time and miles of generic answers to voluntarily surrender. It's just our robust belief at Starting 9 that guys with mileage have more to say, especially if they're not beholden to their next contract. I think that's a substantial shift from where our baseball coverage lived in years past.

So to recap: 2 episodes a week. Jake & myself. Tuesday & Thursday morning. Current MLB with nostalgic MLB with a lot of classic life stuff from a couple of old sailors that throw gas.

Yeah and we're proud of it. Watch the first episode. There's a whole big thing coming for Bald Guys. We will stick and stand together.

6. How/Who/What/When did Jake Arrieta decide to work at Barstool Sports?

I asked him. That's the simplest answer to a simple question. We talked at the right time when Barstool had no baseball coverage and I was looking for a new challenge which is such a hardo thing to say but it's true. If you're going to be worth a shit at this job/company/industry then you have to be moving upwards and onwards at all times, constantly thinking about the next step. Thank you to Big Cat for indirectly teaching me this. If he's consistently restless then instinct suggests there's merit in following suit. I had been kicking around some ideas when a random conversation with Hank revealed a legit corporate interest in doubling down on baseball.

Let me see what Jake's up to…

Tune in to the first show to hear the specifics on how that shaped up in real time. Turns out he's NOT moving to Japan.

But also turns out that sometimes it's just as easy as getting on the phone and talking to somebody. We used to say that shit all the time in sales. We say it all the time with the opposite sex and essentially all walks of life. Just ask and see what happens. That's how it started and now we're partners in crime, likely getting matching tattoos and exercising together for the foreseeable future. I don't want to get preachy because we haven't really done shit yet, but sometimes the stars are already aligned and all you have to do is make a move. Jake will tell you the same. Some things are just meant to happen provided you're willing to try and fail in the first place.

7. This is getting weird.

I know. I'm trying to make this podcast announcement but I keep getting dragged back to the fact that this is absolutely blowing my guys away right now. I'm trying to get a message to them in that we're meant to be here. There's so much good baseball content that is coming everybody's way. You'll have to excuse me if that's exciting.

Jake has a lot to say, and it's very much insightful. As a guy who talks about baseball for a living, I am routinely saying things like I never thought about it like that when we talk the game. There's a legitimate need across baseball to share the kinda things that are going through his brain. And that's before you get to the bigger picture of him as a regular guy with regular interests. On that front, please know he's a ridiculously natural fit in all the ways that we routinely celebrate around here.

There's no need for a filter much less any room for one. We're going to keep it as casual and "dugout-like" as we can, and you should be able to pick up an immediate difference vs. other baseball programming. For example, did you ever hear about the time Jake was in the minors and one of his teammates lost a bet where the punishment was a double-viagra dose before having to pitch a game with no cup? Because that's a very real story that exists on our first episode along with related boner-pill endorsements that would absolutely NEVER see the light of day on virtually any other competitive platform.

In other words, we're going to very much let the dick jokes fly along with all the other type of conversations that are important to the truthful identity of baseball culture. Maybe not for everyone. But we'll be here and again that's twice a week, Tuesday and Thursday morning.

9. Where can we follow and what else do we need to know?

The most helpful thing is subscribing to our YouTube page here. Please dear God don't make me come back every blog sucking proverbial cock and asking for your help. Just click now and subscribe so we can get the real party started. That would be huge.

The other thing is that we (Jake & I) are honored and grateful for the opportunity to pick up the ball and run with it. There's so many people that helped us get to this point and we're going to validate your support with an awesome product. That's our commitment to you. Whether you're Dan Katz or Mrs. Carl or an OG Red Line follower or a TCU alum and diehard #49 guy. There's so many people that have empowered this journey and it's only just beginning.

Thank you for getting us here.

Now let's go have some fun.

*Name strongly subject to change. Please drop a submission for a name and the winner will get some ridiculous prize down the road like future rights to show income or maybe a rough handy. Point is we're open to ideas.

Miles Teller Deserves All The Respect In The World For Admitting That He Would Rather Be A...

The Barstool Barnburner Is LIVE!!! Red Line Radio vs. Starting 9, Who Ya Got???

Willy Adames Has Turned The Brewers Into A Wrecking Machine

Which Teams Will Catch Fire In The 2nd Half To Punch A Ticket To October?

Is Gerrit Cole The Biggest Fraud Since Danny Almonte?

It Was Raining Schwarbombs All Weekend

Dallas Braden Goes Off On Why Pitchers Need Sticky Substances

Vladdy's Ass Is The Heart Of Dante's Inferno

If You're A Fan Of The Bronx Bombers, Don't Let The Yankees Ruin Your Summer

Shitty Teams Have Good Players Too

Fact: The Red Sox Are Better Than The Yankees

The Bronx Is Burning For This One Man

Trying To Use The Stay Hot Or Not Jinx For Good

The Face Of Baseball Is On Fire

Red Sox-Yankees Is Dead. Dodgers-Padres Is Our New King

Are You Smarter Than A Big Leaguer: Coley Vs. Brock Holt

Are You Smarter Than A Big Leaguer? Ep. 4 Big T Vs. Mike Soroka

Are You Smarter Than A Big Leaguer? Episode 3: James Karinchak vs. WSD

Are You Smarter Than A Big Leaguer? Episode 2: Hubbs vs. Joe Kelly

Are You Smarter Than A Big Leaguer? Episode 1: Mike Moustakas vs. Carl