As I mentioned a couple of weeks ago, Barstool now has a daily finance newsletter called The Water Coolest.

I read it every morning, and I recommend you subscribe (it's free)...

It is run by a bright kid named Tyler Morin, and Tyler and I are currently developing a video series outlining a small fund we are starting, investing a small amount of our own money.

The numbers we are throwing around will be small, but we will be asking for input from investors who feel neglected by the bigger and quicker day trades they see on Dave's tremendously popular DDTG feed that I would like to think I at least HELPED to create... 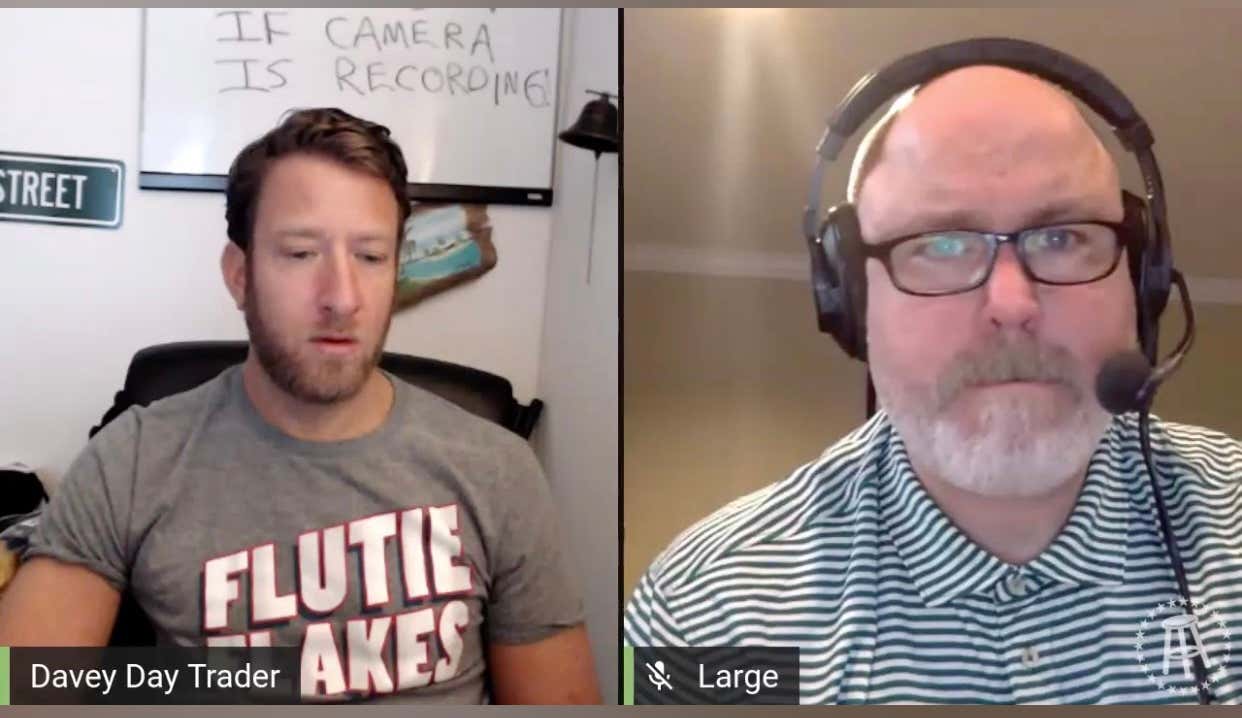 (Notice how my mic is turned off.)

While Tyler and I are waiting around for the fund idea to be approved by compliance, I happen to have scheduled a sit down with one of my favorite (and most terrifying) guests… Former heavyweight champion Shannon Briggs, who, at the age of 50, is planning to strap the gloves over his neanderthal hands once again…

… AND also has a diverse portfolio of alternative investments that he is not shy talking about.

The full details about the NFT he is launching and the fight he partaking in will not be available for a couple of weeks… Although, there is a good chance I will be doing ringside color for his bout.   But until then, Briggs gave us a look into what a former fan-favorite fighter is doing to thrive in a retirement that seems like it's just been canceled.

Give it a watch, and expect more from Tyler and me going forward.