A preview of the trip came on Monday, July 25th, with a trip out to Citi Field for a New York Mets doubleheader against the Atlanta Braves. The games were excruciating. The Braves won the opener 2-0, while the Mets won the second game 1-0. Two games, three runs in total were scored. It was Coach Duggs first trip to Citi Field, and after that horror show, I am not sure he wants to go back. For once, 14 innings was enough as 18 innings of this the Mets offense is banned by the Geneva Convention. On the way home, Coach Duggs got a chance to see what may be the World's longest escalator ride.

The following day, Coach Duggs left the fine accommodations he had in beautiful Newark, New Jersey, and scooped me up to begin the great Units Road trip. The first day was to drive across Pennsylvania. Of course, Duggs did all the driving in his 2011 White Chevrolet Tahoe. I don't like driving fast, and it was better for both of us. I hooked up my go pro to get footage on the road as he drove across the Keystone State. The plan was to stop in Pittsburgh for the night and make a visit to PNC Park. I will fully review PNC Park at a later date with a PNC Raw Dog Review. The park was beautiful, the game was ugly, as the Milwaukee Brewers jumped all over the Pittsburgh Pirates, scoring eight runs in the first two innings on the way to a 9-0 win.

After the Pirates walked the plank, we went to nearby Beaver Falls, the hometown of Joe Namath, for the night. Waking up in the morning, it was time to get back on the road as I made my first trip into Ohio. Along the way, I found a place to do a Raw Dog reviewing Akron as we went through mostly rural areas of the Buckeye State. We met a man named Mike who is walking across the country to raise money to fight cancer. From there, it was on to Indiana, another state that I had never visited before. Prior to crossing into Illinois, we stopped for dinner at an Outback Steakhouse in Western Indiana to honor Jeff D. Lowe, as the clocks on our phones jumped, indicating that we were now in the Central Time Zone. It was the first time I had been in the Central Time Zone.

Crossing into Chicago as I watched the Mets beat the Braves, we headed for our hotel, ready for a great weekend in the Windy City. It was the first time I had been to Chicago and Illinois. Hey, don't blame me; I never went anywhere as a kid; my father just wants to watch TV.

Thursday, July 29th, was our first full day in Chicago. The Chicago Cubs were playing the Cincinnati Reds at Wrigley Field in a traditional day game. No place symbolizes day baseball more than the Cubs, who did not install lights until 1988. We made a stop at the Barstool Chicago office and walked 15 blocks down Clark Street to Wrigley Field with Barstool Carl. Wrigleyville is as much as the experience to Cubs baseball itself, as there are bars and hangouts all the way around the stadium that opened in 1914. We had great seats thanks to Big Cat, as a sense of gloom hung over Wrigley, with Anthony Rizzo and Kris Bryant not playing with the impending trade deadline. The Reds won the game 7-4, as the Cubs played "Separate Ways" by Journey as the core of their 2016 Championship team was about to get traded.

After the Cubs' game, we went to Portillo's for diner and a Raw Dog that, along with the Wrigley Field Raw Dog episode, will be released at a later date. Along the way, we walked around Wrigley Field, saw the creepy Harry Carey Statue; what is with the zombie kids at the base on the statue? It looks like Carey is stealing their souls like the Mets have stolen mine.

Friday was the trade deadline, and I had one eye on my phone as I headed to National Sports Card and Collector's Show in nearby Rosemont. The card show was huge. We started by opening cards on the main stage, thanks to people from the Whatnot App. I tried some 37-year old gum as we helped auction off some Bowman Packs that we opened. It was a lot to take in as there were thousands of tables with a wide variety of cards and collectibles.

I ran into a fan at the Card Show who wanted to get an autograph on his shirt, so I was invited to the back, where I met Bobby Hull and heard some great old war stories from the Original Six era of the NHL. We spent all day at the Card Show on Friday, learning that the Cubs' breakup was complete, with the Mets landing Javier Baez. After the show, we hit the town, filming a Raw Dog episode at Gene and Judes and getting some deep-dish Pizza at Lou Malnati's. The deep-dish was not as bad as I feared but can't hold a candle to good old-fashioned New York thin crust.

On Saturday, we were joined by my God Brother Abe Miranda and his wife, Dacy. The plan was to hit the card show by day and the Southside by night, as we got tickets to see the Chicago White Sox take on the Cleveland Indians at Guaranteed Rate Field. Arya, our producer, did not have as much fun as he attempted to score some autographs. Many stars came to sign for fans, but the lines were long and filled with problems. Even Mike Piazza was there to sign, but the lines for the signings were fraught with problems and would have taken away from the enjoyment of the National Sports Card and Collector's Show.

From there, it was a long trip to the Southside. Guaranteed Rate Field was better than I expected, as fans tailgated outside the stadium as the first-place White Sox had a party atmosphere. The White Sox gave out Yoán Moncada bobbleheads, as the Units finally saw an entertaining game. Seby Zavala hit three home runs, the first three home runs of his career, including a grand slam, as the exploding scoreboard took our breath away. The game went back and forth as the Indians won 12-11, with the White Sox treating us like royalty along the way. After the game, we went for a late-night Raw Dog episode at Superdawg, meeting Eddie along the way.

Sunday was our last day in Chicago and the last day of the National Sports Cards and Collector's Card Show. It was a day for discounts, as dealers were open to deals, not wanting to haul everything home. Naturally, I did a raw dog at the convention as I found a treasure trove of Starting Lineups, along with a pair of Sadaharu Oh baseball cards from Japan. Duggs found a few finds of his own as the show came to an end. We said goodbye to Arya and Abe, stopping by Home Alone house on the way out.

Heading East, we went looking for a place to eat, which was a chore, as things close early in Indiana. We tried to go to Denny's but was told it was 35 on the table; WTF does that even mean. We finally settled for Hooter's as we tried to get as far as possible before stopping for the night.

The Units stayed in a hotel in Fort Wayne, doing laundry the next day as a week on the road left us needing clean clothes. The laundromat felt like a trip back in time, as we hoped on a horse and played Flintstones Pinball as our clothes were washing in 40-year-old machines. Before leaving Fort Wayne, we did one last Raw Dog on the road as we had a bonus trip planned for Monday.

The big bonus was the Pro-Football Hall of Fame in Canton. We got there near 5:30, with the Hall of Fame closing; we did not have much time to take it all in. I could spend eight hours here and still not see it all. The curator tried to rush us, reminding us every ten minutes that they closed at eight. I was awestruck by the bust gallery, as they had a great display honoring the 1972 Dolphins. I gave my own tour, tellings stories that I knew as Duggs got to enjoy a guided tour of the Hall of Fame.

After leaving the Hall of Fame, I watched the Mets lose to the Marlins, needing a moment to blow off steam. Once again, finding a place to eat was difficult as everything closed at eight. Can't one place stay open until 11? Come on, Ohio. We crossed into Pennsylvania and ate gas station food at Sheetz; it was palatable at least.

It was late, and Duggs was tired, so we stopped at a hotel near Penn State for the night. Resuming in the morning, we stopped at Bob Evans for lunch and had an enjoyable meal. I have always liked their mashed potatoes and finally got to taste their food. It was better than expected and better than Cracker Barrell. Along the way, I pumped gas for the first time in my life.

From there, it was back into New Jersey, as I was sure Coach Duggs was getting sick of me. We reached my tiny apartment and took full advantage of the Pizza Window, with his help to get my many treasures home. 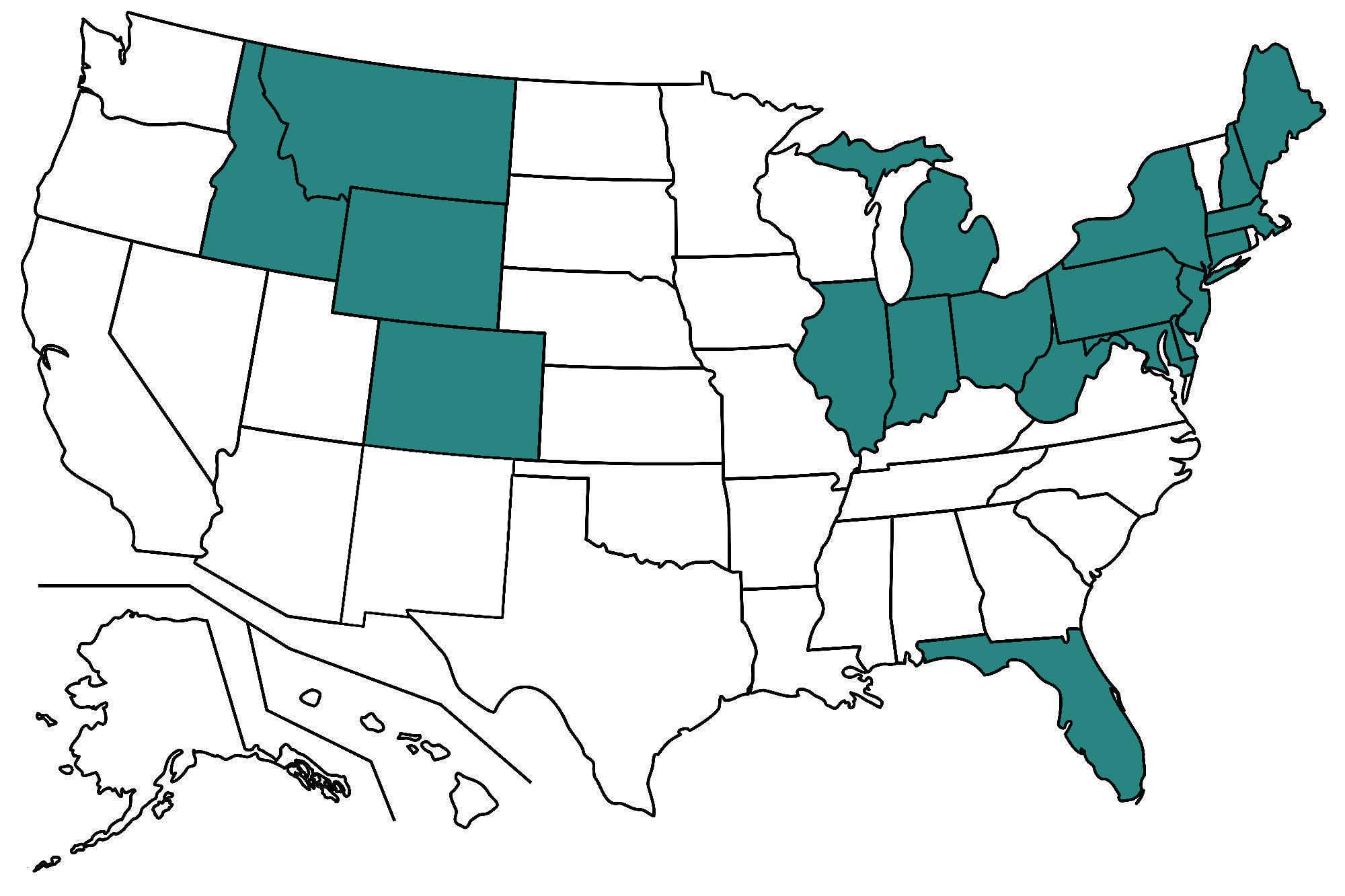 I added three new states to my slate of states visited. I still want to see all 50, and I am finally making progress, and I can't wait to get on the road again. Speaking of the road, tune into my YouTube channel for a look at the roads we traveled.

Another Day, Another Lakers Headline - The Pat Bev Podcast with Rone: Ep. 16

Is the World Heading Towards a Population Collapse?