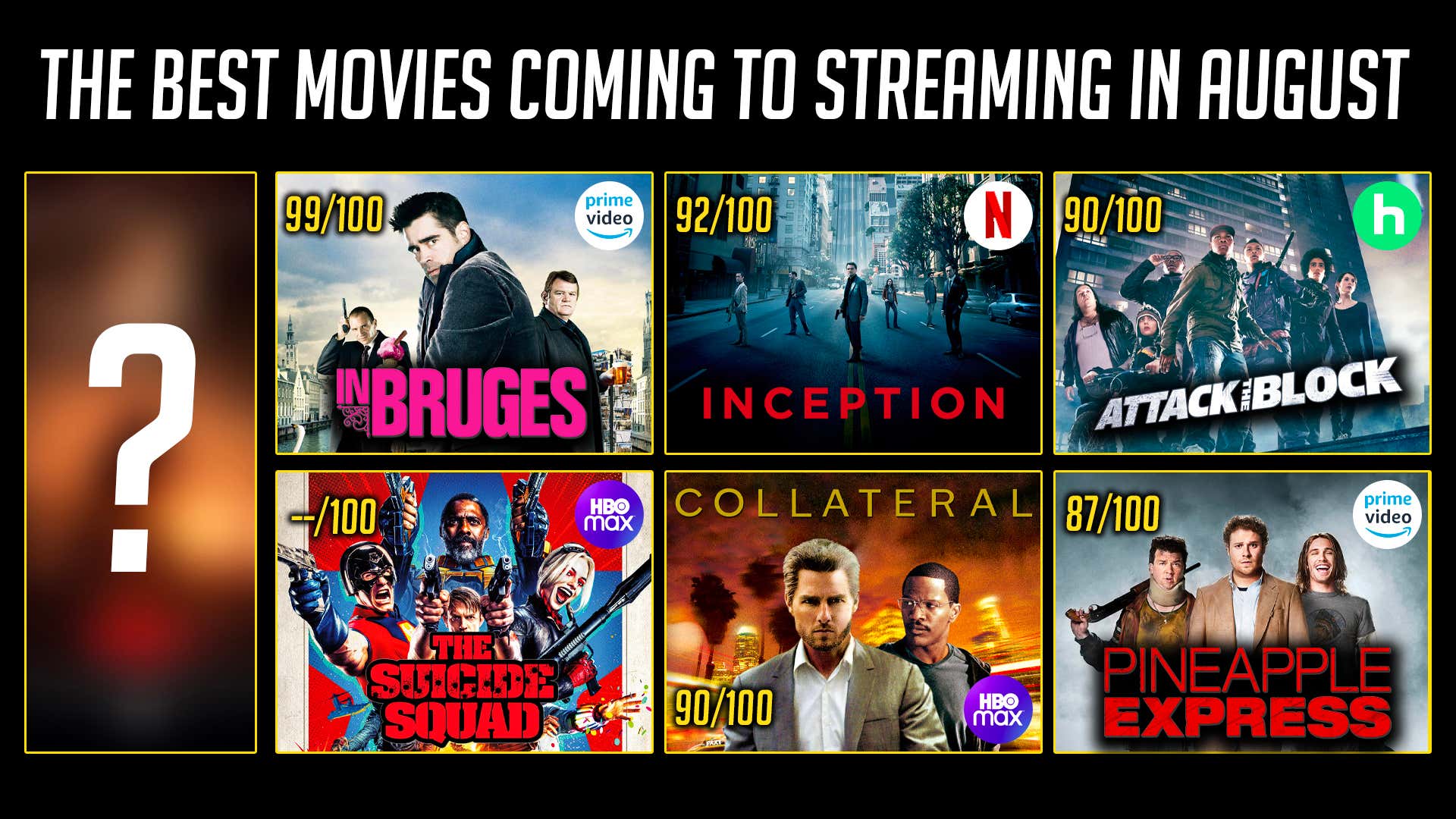 Aug 20th: The Chair (comedy starring Sandra Oh and Jay Duplass from the GoT guys)

Aug 23rd: The Witcher: Nightmare of the Wolf

August 1st: 21, 30 Days of Night, 30 Minutes or Less, Are We There Yet, As Good As It Gets, Attack the Block, Black Swan, Bram Stoker's Dracula, Contagion, The Grudge, I Know What You Did Last Summer, Kingpin, The Legend of Bagger Vance, Mad Max, Mud, Planes Trains & Automobiles, Rudy, Shark tale, Thelma & Louise, The Thin Red Line, Watchmen

August 10th: Together Together (New movie with pretty great reviews so far)

August 27th: Chaos Walking (this movie is ass but some people like it)

August 14th: The Shape of Water

LEAVING: (They don't disclose yet)

August 11th: What If…? (New marvel series that is going to rule)

LEAVING DISNEY: Not disclosed yet