The World Championship Barbecue Cooking Contest goes down every year at the Memphis In May festival. It's basically like the Champions League of BBQ competitions with some of the biggest names in the game all cooking to become the world's best. And it all gets going again this Wednesday.

Now personally I'm not a huge competition guy. I've never competed, and it's just not the way I typically cook. But I've watched enough episodes of BBQ Pitmasters to at least have an idea of what the judges are looking for. You want to have that deep mahogany color, you want to pack in a ton of flavor, and you want to have ribs that are tender enough to get a nice clean bite through the meat without having to tug at it but not too tender to the point where they're falling off the bone. A bite that looks a little something like this.

So competition cooking is a little more involved than just throwing some salt and pepper on a rack of ribs. But if you're into the competition scene and want to start dialing in your ribs, I think this is a quality recipe to start with. 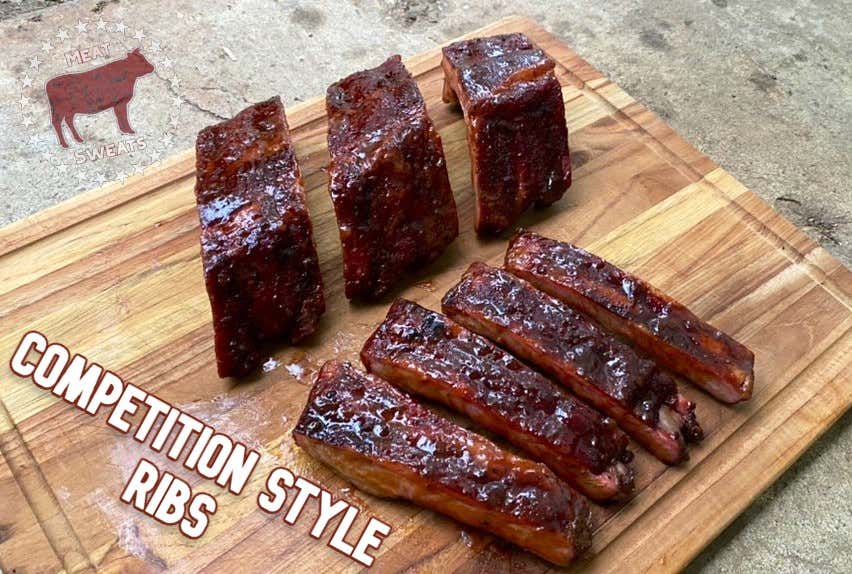 Dana Is The Blow Job King, Glenny Got His Man Tit Cut, A Behind The Scenes Look At Barstoo...

The CFB. Playoffs Might Be Expanding and We Discuss This Weekend's UFC Card on Picks Centr...

Why Do Bad Things Happen To Good People?

This Putt At The Barstool Classic Might Be Impossible

This Chick Thinks The Vaccine Turned Her Into Magneto

Quenton Nelson Crashes the Pod | Bussin' With The Boys

Frank Is Not Impressed At The Intern's Charades Performance

We Talk College Basketball Coaches, Pete Alonso, and the Most Famous Bad Calls on Today's ...