Now only 2 days away from a fuckfest of flying fists + ANUS inspired debauchery coming at Rough N' Rowdy 14. We're returning to our roots in Morgantown, WV to bring 20 brawls with NO HEADGEAR directly into your living room this Friday night.

Check out some of our best matchups above with Frank The Tank & Rone breaking it down and keep an eye out for the full fight card releasing on Thursday. I honestly think these matchups are better overall than RnR 13, main event included. We got a handful of WV vs PA matchups, multiple girl vs girl fights, 5 title belts up for grabs, and lest we forget MOTHERFUCKIN' SWOGGLE COMING FOR THE STRONGEST DWARF IN THE WORLD... 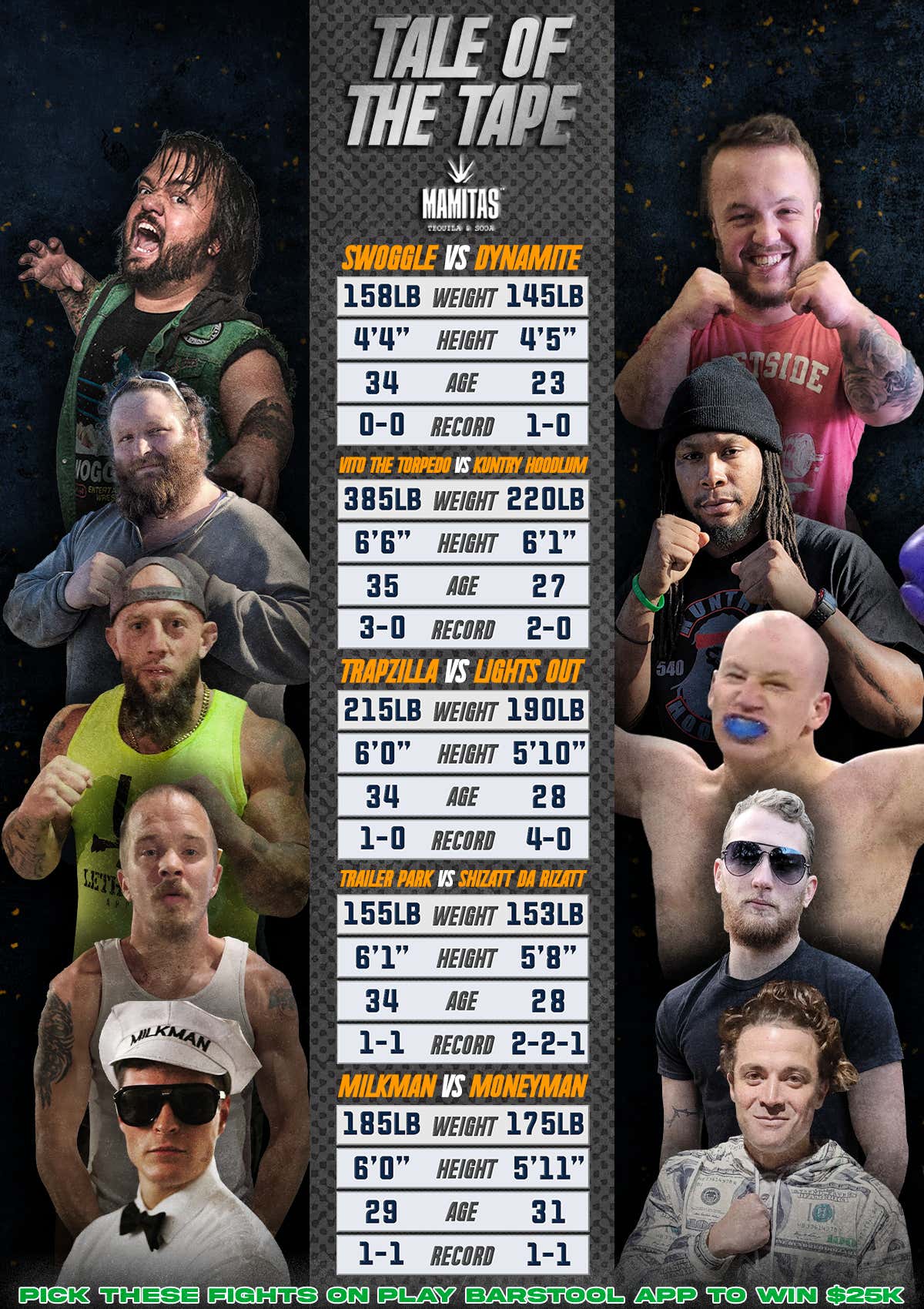 Plus RnR legends returning like 400 lb VITO THE TORPEDO, CHERRY BOMB, SHIZZAT DA RIZZAT, LIL BUBBA, LIGHTS OUT and more. If you've never watched our PPV don't let the Jose bullshit stop you from enjoying this Friday night (or Sat/Sun with your 48 hour replay.) RnR has always been about entertaining you for the entire 3 hour experience more than 1 specific fight.

But even still I think putting a former WWE 4'4'' champion VS our current champion/4'5'' monster is a helluva matchup, along with the BATTLE OF THE TRAPS which WILL be the definition of a slobber knocker. Either way you won't find a better deal than 20 fights +  ring girl contest hosted by Nick & KB & Frank The Tank for $20. Expect the unexpected on Friday night, it's gonna be a fucking glorious shitshow. 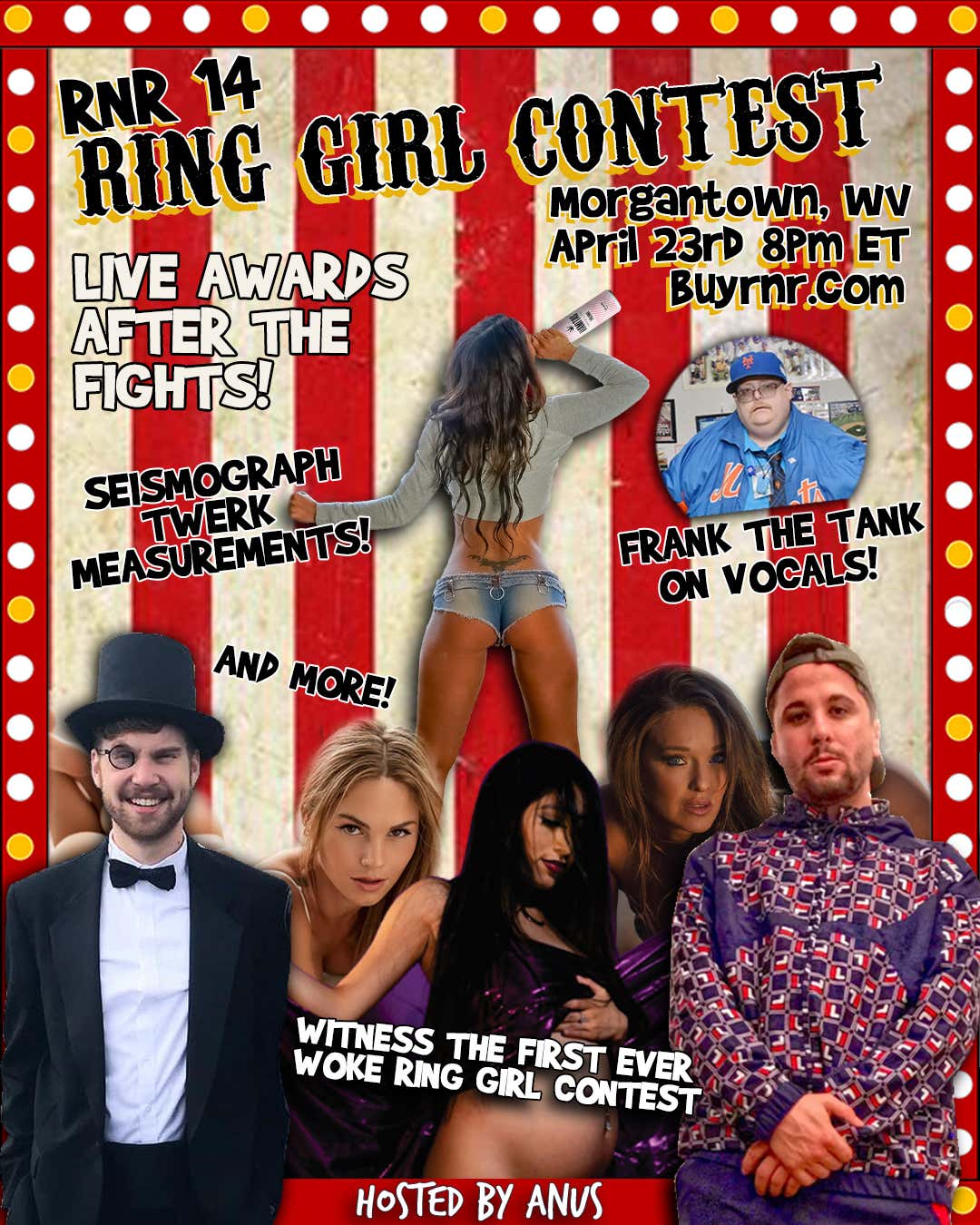