ICYMI our $25,000 RnR 14 contest on Play Barstool is LIVE and this is 1 of 5 matchups you can pick right now on that goddamn beautiful app. There's really only 1 way to properly describe this (4-0) LIGHTS OUT vs (1-0) TRAPZILLA fight too... It's truly gonna be a slobberknock of a fuckfest of flying fists, and that's just the minimum expected.

If you haven't heard already, LIGHTS OUT aka Bobby Laing is from Braintree, MA and in his 1st ever promo video for RnR 10 claimed he was "the toughest fackin kid in the South Shore" which was actually confirmed by our own Handsome Hank Lockwood. He had already heard stories around Scituate about Bobby beating the fuck out of people all around Massachusetts and he's backed that up in our ring in spades. Also puts out some A+ taunting memes too...

But don't let the memes fool you, TRAPZILLA is NO joke. He may be a male stripper and be missing some teeth but even in just 1 match he's already proven to be a bad motherfucker...

Counter counter point to keep in mind for your Play Barstool pick though… LIGHTS OUT has quite literally beaten our best champions of all-time and is STILL undefeated. From Jeans Turman to Nighty Night, any weight or style of fighter he's faced has gone down 1 way or the other.

So can TRAPZILLA stop the streak and become the newest Heavyweight Champion of the World? The only way to find out is watching next Friday on BuyRnR.com and if you can't watch live don't worry you do get 48 hours replay with purchase.

Between this matchup, 4'4'' SWOGGLE vs 4'5'' DYNAMITE, all the WV vs PA matchups we have, plus Nick & KB & Frank The Tank running the ring girl contest, there's no fucking chance you'll find a better way to spend $20 on April 23rd. CAN'T WAIT. 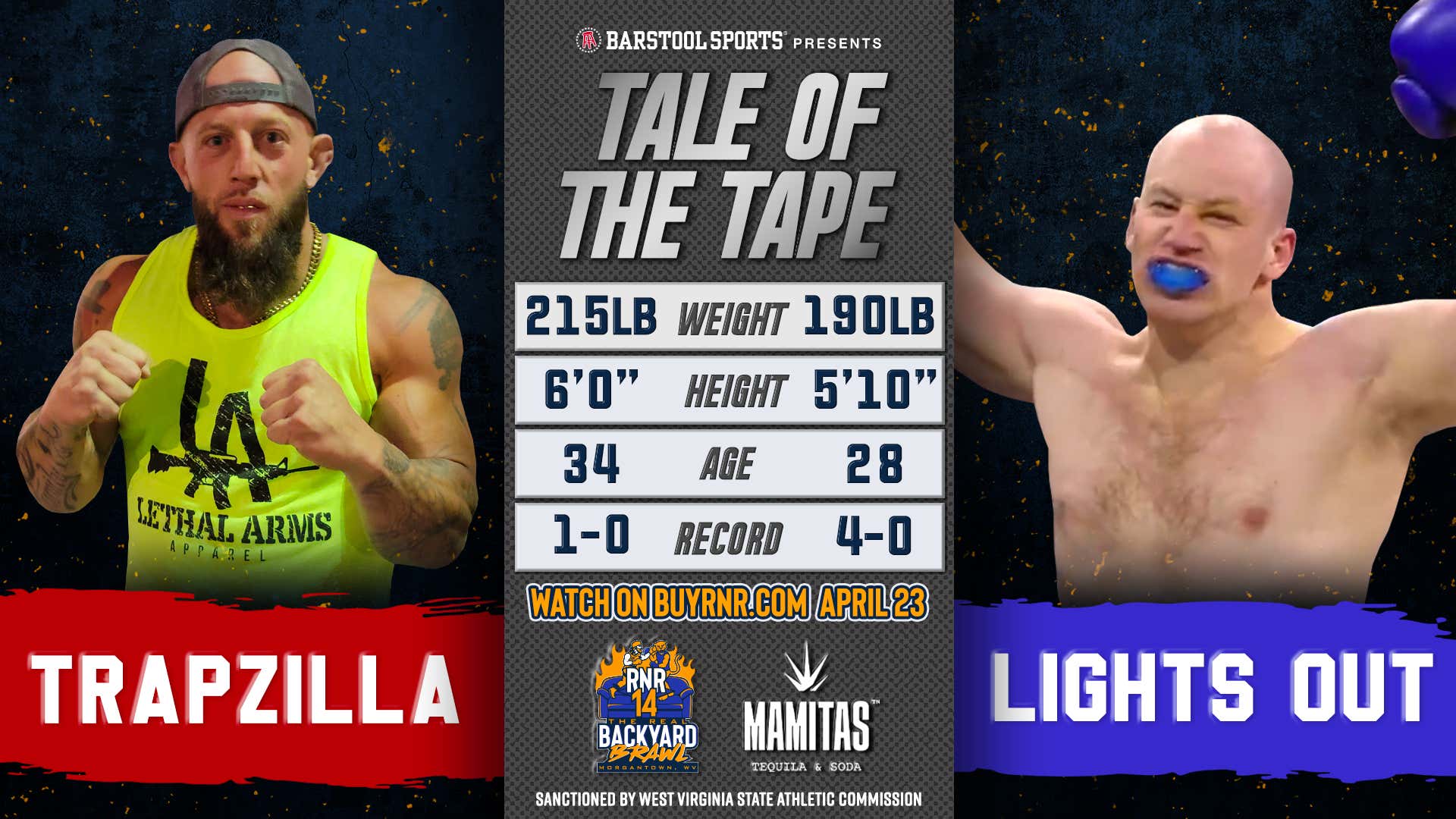 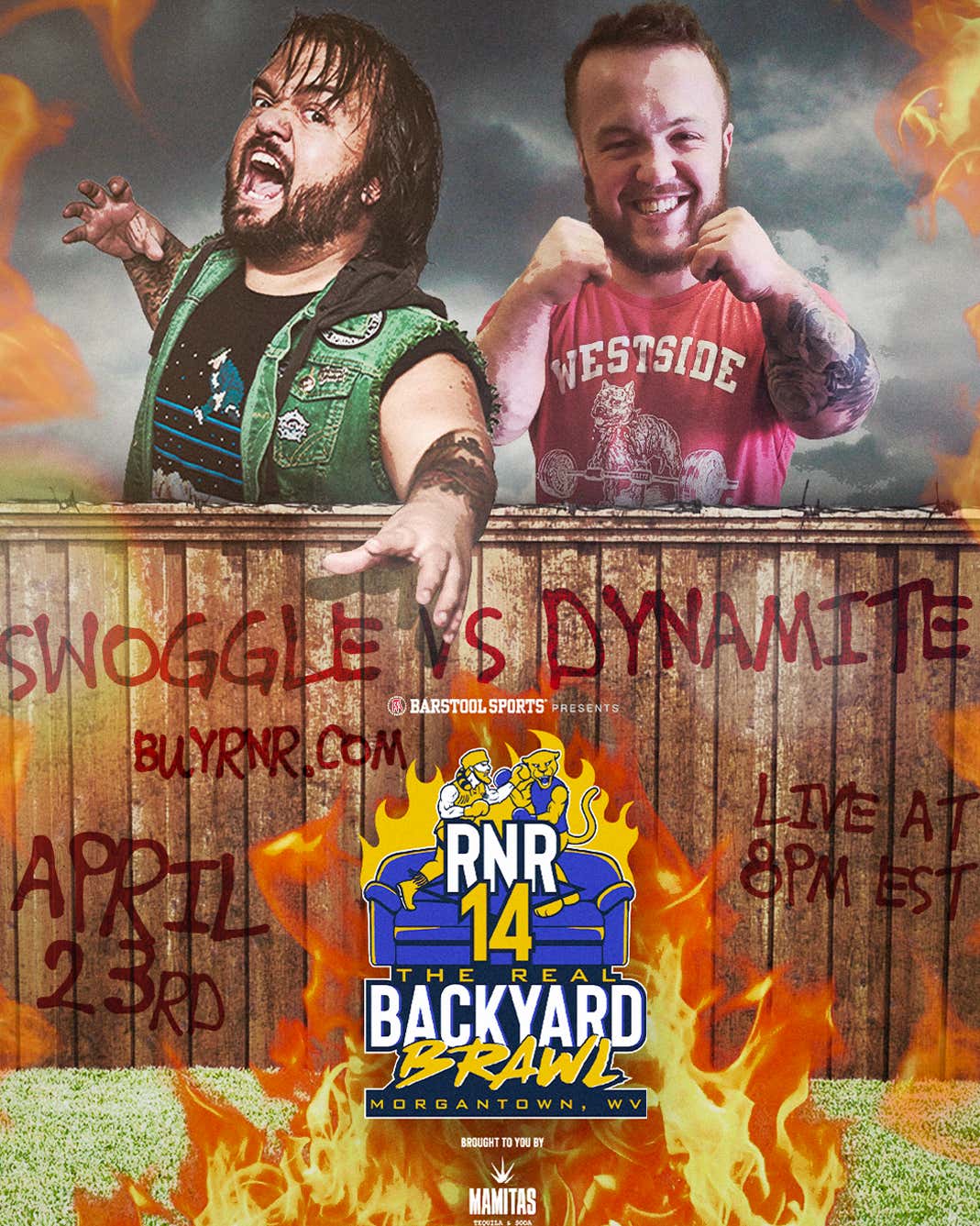