1 of the wildest nights you'll witness this spring is less than 3 weeks away AKA The *REAL* Backyard Brawl in Morgantown, WV. If that sizzle above doesn't get your blood flowing then scroll below for a quick tease of the RnR 14 fight card.

Now there's no Barstool employees fighting in this PPV + no piece of shit scumbag ratfuck "celebrities" coming in just to take a dive for a 6-9 second payday, and that's a good thing. Getting back to our roots in West Virginia has produced some of the best moments RnR has ever seen. Also, take it away Frank!

Here's what we do have though, and as someone who's been involved with every PPV since RnR 1, I can confidently say this the strongest $25k Play Barstool lineup we've ever had. I really believe there's gonna be fireworks in every Main Event matchup and at the very least, incredibly brutal punishment for everyone involved. Plus we got a handful of WVU vs Pitt matchups coming too.

Also we do have 2 Barstool employees stepping in the ring on April 23rd, just not to fight. Specifically they'll be attempting to talk/make eye contact with women... of course I'm talking about Nick & KB from ANUS who are taking over the live Ring Girl contest after the last fight wraps up.

Now are we calling it ANUS After Dark? RnR 14: RAW MEAT? Boobs & Butts THE SEQUEL? Unknown at this time but so far I've had Nick request a seismograph for ass claps, a special podium in case the pregnant ring girl wins, possibly a dunk tank for Frank to operate, really the possibilities are endless with them. But it's certainly gonna be a goddamn HISTORIC homecoming for the boys. 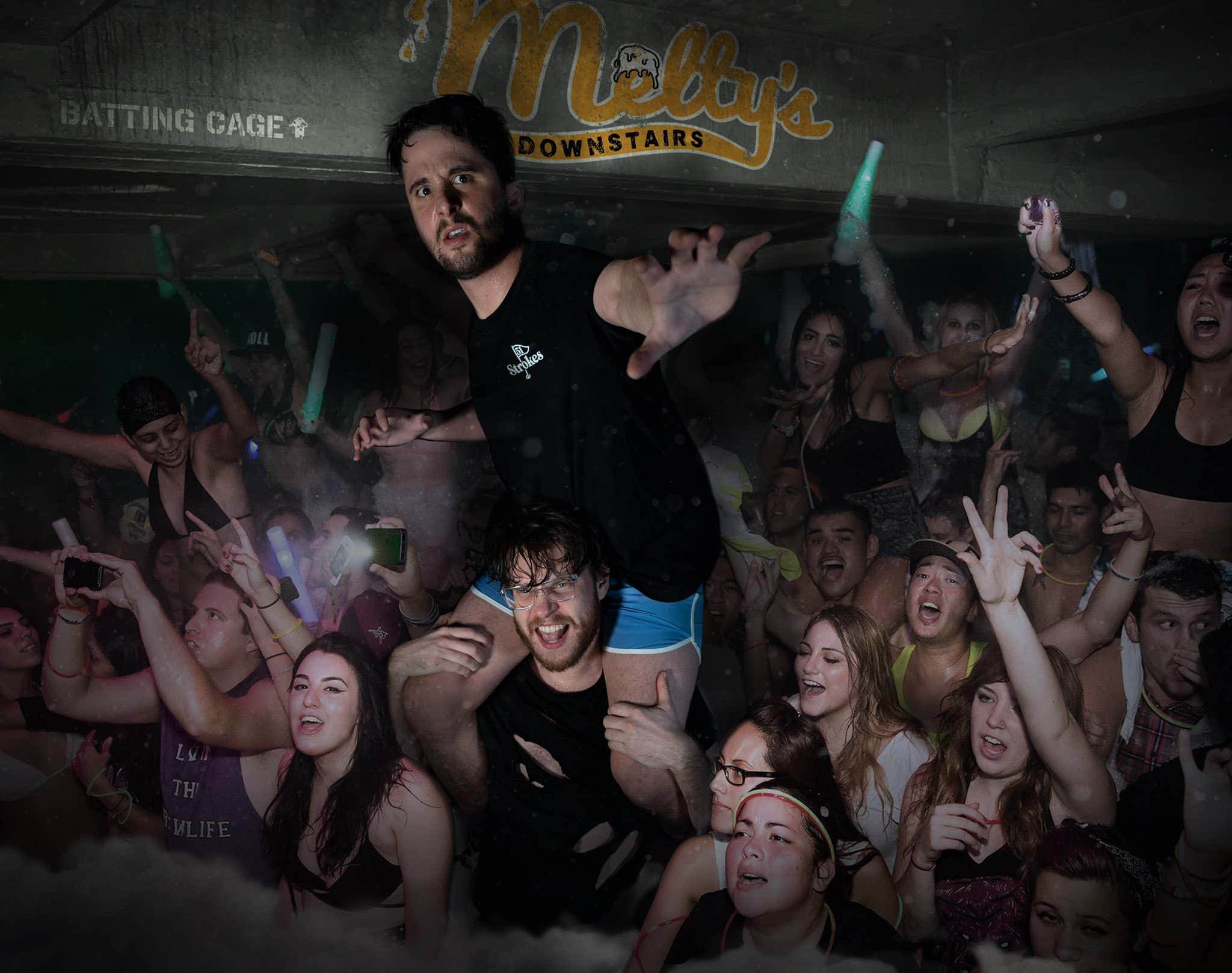 But before all that ring girl madness to end the show we're gonna have 20 fights with NO HEADGEAR live from Morgantown along with 5 final fights that are truly some of the best matchups in RnR history.

Also his opponent Jeremy Smith AKA Dynamite is no joke either and quite literally the strongest dwarf in the world. Cannot fucking wait for this matchup.

There will be a full breakdown of those Play Barstool fights coming later this week but here's a quick teaser of the $25k lineup:

ICYMI there WAS a $26,000 Play Barstool winner from RnR 13 so truly ANYTHING IS POSSIBLEEEEE…

And if you need a reminder on what the BATTLE OF THE TRAPS will look like? Definition of a slobber knocker.

And we got CHERRY BOMB back in the mix? Seriously 1 of the baddest motherfuckers we've ever had in the ring. PRAY for HOT WHEELZ…

Last thing before we wrap up here, are you really gonna miss out on seeing the next live KO from SHIZZAT THE RIZZAT? Don't do the fine people of Coker Creek, TN like that…

Follow @RoughNRowdy on Twitter + IG for daily trash talk and highlights everyday until April 23rd. The PPV is ON SALE NOW and don't forget you do get 48 hour replay with that too.

So if you wanna make RnR 14 a Saturday night or hungover Sunday event, fucking do it! The whole commentary + sideline team will be back on the call and you certainly can't find a more entertaining 3 hours for $20. See you April 23rd at 8 pm 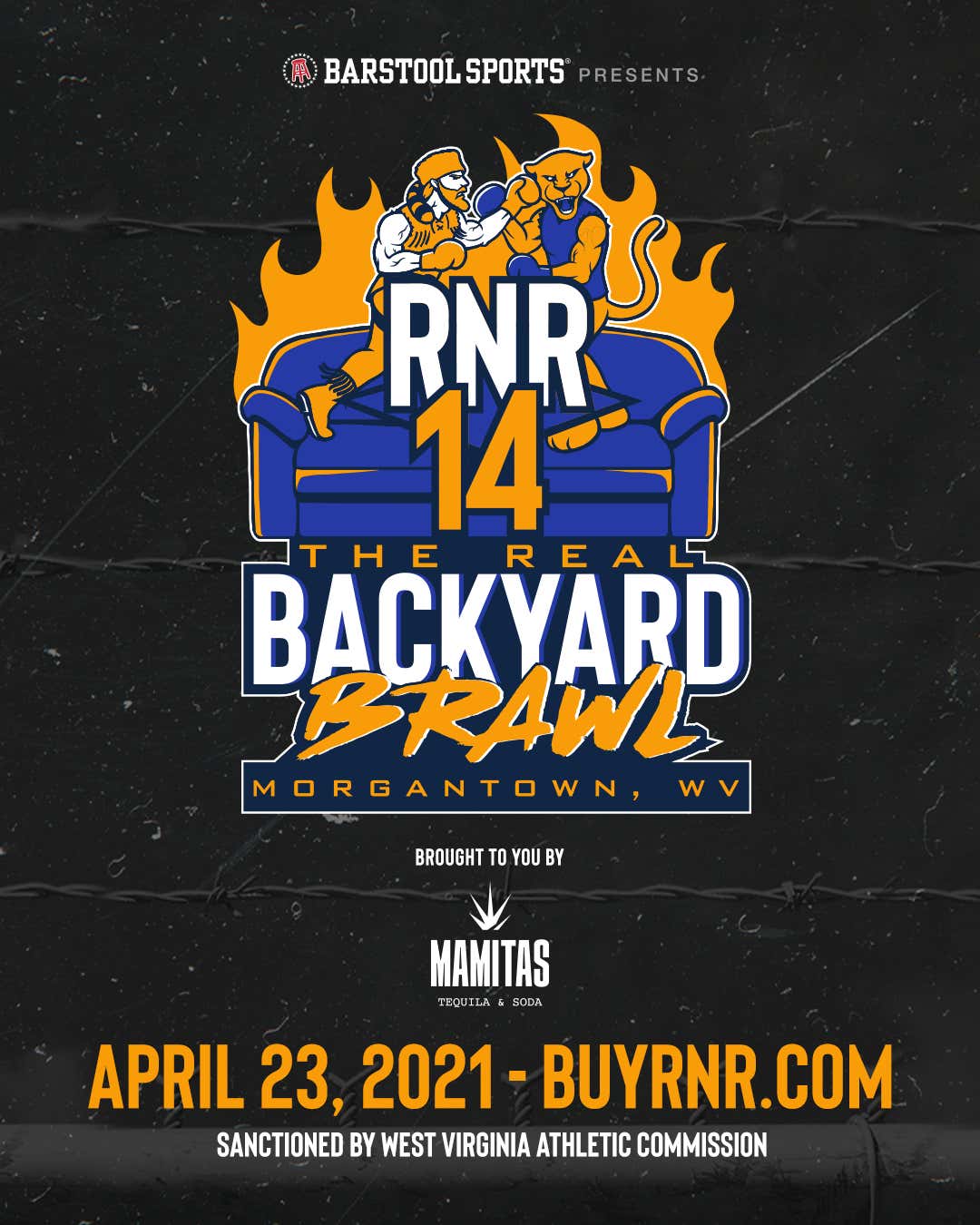