Contact sports are keenly aware that football is over, pitchers and catchers are just starting to report, and the NBA and NHL are still months away from their respective playoffs... So why not jam-pack this weekend with good bouts?

And I am keenly aware that 1,500-word boxing blogs are tough to get through, so why not pepper them with cheesecake?

First off Showtime Championship Boxing is hosting a tripleheader tonight LIVE from Mohegan Sun Arena (starting at 9 PM on Showtime).

The card is highlighted with Adrien Broner’s triumphant return to the ring after a 2-year hiatus that was unfortunately littered with felonies, weight gain, alcohol, and lawsuits.

I got to sit down with Broner earlier this week… Scratch that… I sat down while Adrien spent the ZOOM interview laying down comfortably in his hotel room bed.

For those not familiar with Adrien “The Problem” Broner, I urge you to GOOGLE his road to where he is today.  And for those who wonder why I was nervous going into this interview, here’s an interesting press conference retrospective of AB from Online Boxing Editor Michael Benson (via SHOWTIME)…

-- CAUTION: Some questionable language contained within. --

But whatever the road he has taken, the former four-division champ (33-4-1, 24 KOs, 1 NC) is back in action tonight against an undefeated fighter who is hungry but unproven.  Jovanie Santiago (14-0-1, 10 KOs) took this bout with only a month’s notice after Broner’s original opponent,  Mexico’s Pedro Campa, tested positive for COVID-19.  I believe this will be the first time Jovanie is fighting in the US and the 31-year-old Puerto Rican with only 15 professional fights is justifiably a heavy underdog (+550).

I mention his age and lack of resumé only because I was in Puerto Rico for 5 days/6 nights with my family in 2015 and I got into 4 fights… So the lack of experience at his age is troublesome.

Mismatches like this always make me ask, “Who has more to either win or lose here?” And the answer to both these questions is resoundingly Adrien Broner.

I expect Adrien to win, but if Broner doesn’t win in convincing fashion, it is unlikely he can parlay his former fame into another shot at a strap.

Conversely, if Broner loses tonight then this 31-year-old fighter’s career has likely come to an end.

The last thing I will say is that this bout was originally set to contend at 140 pounds… A weight that Broner told me in the attached interview should not have been a problem to get to.  However, midweek, both camps moved this bout up to welterweight (147 pounds).

May not seem like a big deal since both participants are seemingly unfazed or even relieved by the jump in weight class, but if Broner is serious about winning another belt in today’s climate, he has a better chanced at junior welter (where some VERY good fighters in José Ramírez and Josh Taylor hold the belts) than at welterweight (where extraordinary names like Errol Spence Jr and Terence Crawford own the division).

I’ll chalk the weight problem up to the fact that Broner had to initially lose 35 pounds just to get back into fighting condition, but I will say it again… Adrien Broner needs to win convincingly tonight AND he needs to get his ass back down to 140 if he is serious about being a contender again… From what little I have learned about Jovanie Santiago, I see an outclassed opponent that Broner can simply walk down and then rely on his quick counterpunching to break him… Not a knockout artist, but I will still take Broner in 8.

Co-headlining the Showtime card is a fight between two moderately recognizable heavyweights.

Breazeale has 2 losses… Anthony Joshua knocked him out in the 7th round back in 2016, and, more recently, Deontay Wilder put Dominic on a poster with a straight right hand in Breazeale’s last professional fight in May 2019.

And in the red corner- Otto Wallin has only 1 loss… A majority decision versus Tyson Fury back in September 2019.

… And if it wasn’t for a ringside doctor who was keenly aware of how important Tyson Fury is to boxing, that fight would’ve resulted in a stoppage. 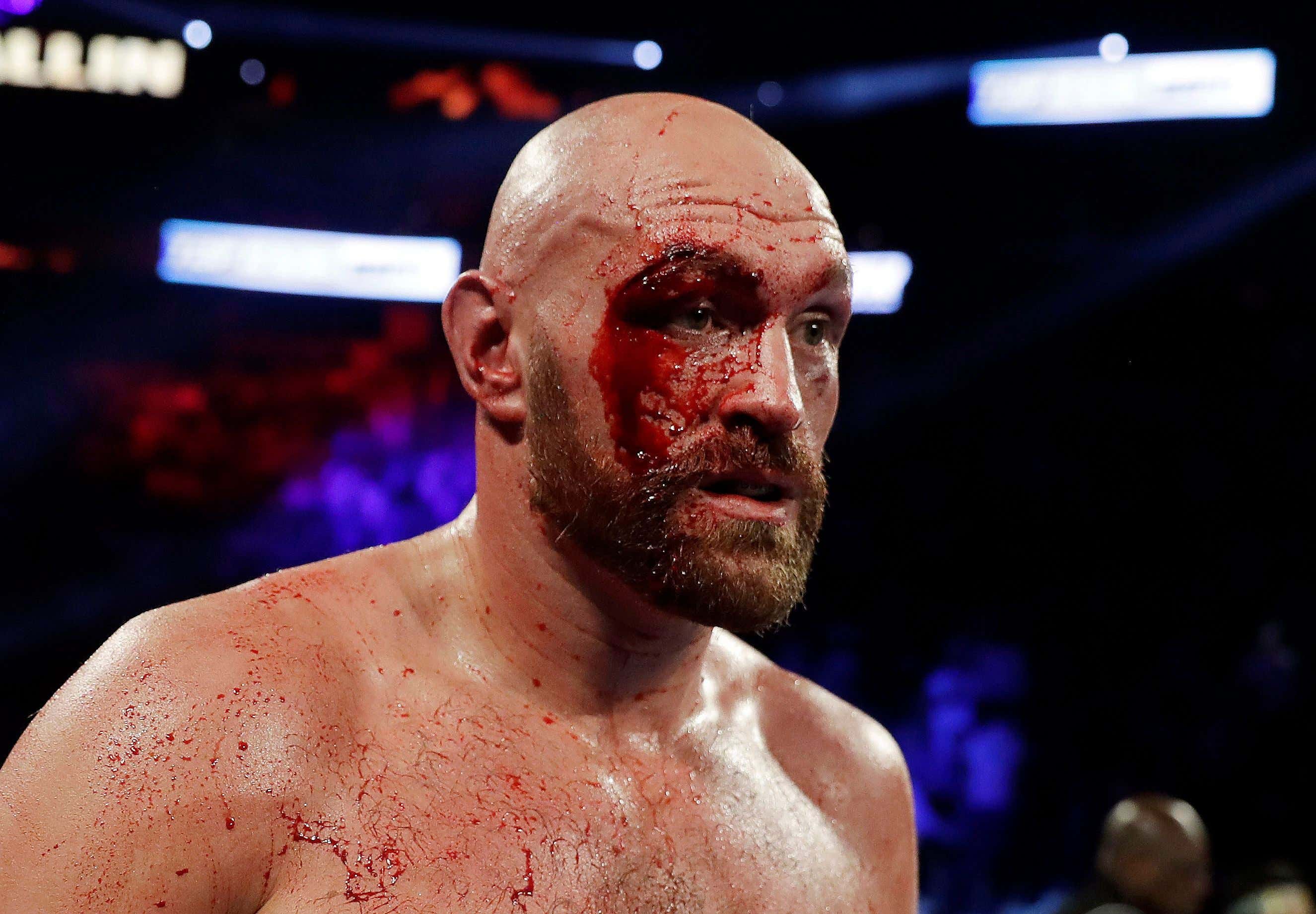 Instead the doc ‘let the boys play' and Wallin took Fury the distance in a losing effort.

Tonight's matchup probably does have implications down the road because both of these fighters could potentially fill a mandatory slot, so I will make a call hear taking Wallin in a decision… He is 5 years younger and a sufficiently confusing Southpaw to drag Breazeale (who has been inactive for nearly 2 years) around the ring for 12 rounds.

Here's the great thing about boxing- You can say out loud (or write in a blog that hardly anyone will read), "I am really looking forward to watching 2 Mexicans fight tonight."

That is only because fighters from Mexico have traditionally fought the same way for the past century or so, and that gritty Mexican style is arguably the most fun to watch… It's given us legendary matchups like Barrera vs Morales, Olivares vs Castillo, Vazquez vs Marquez, and Vargas vs Salido.

Tonight's matchup between Berchelt and Valdez has all the trappings of being that next great Mexican fight.

The tale of the tape does not favor Valdez at all… Since Oscar is stepping up from feather to super-featherweight, Berchelt is obviously the bigger and stronger fighter. 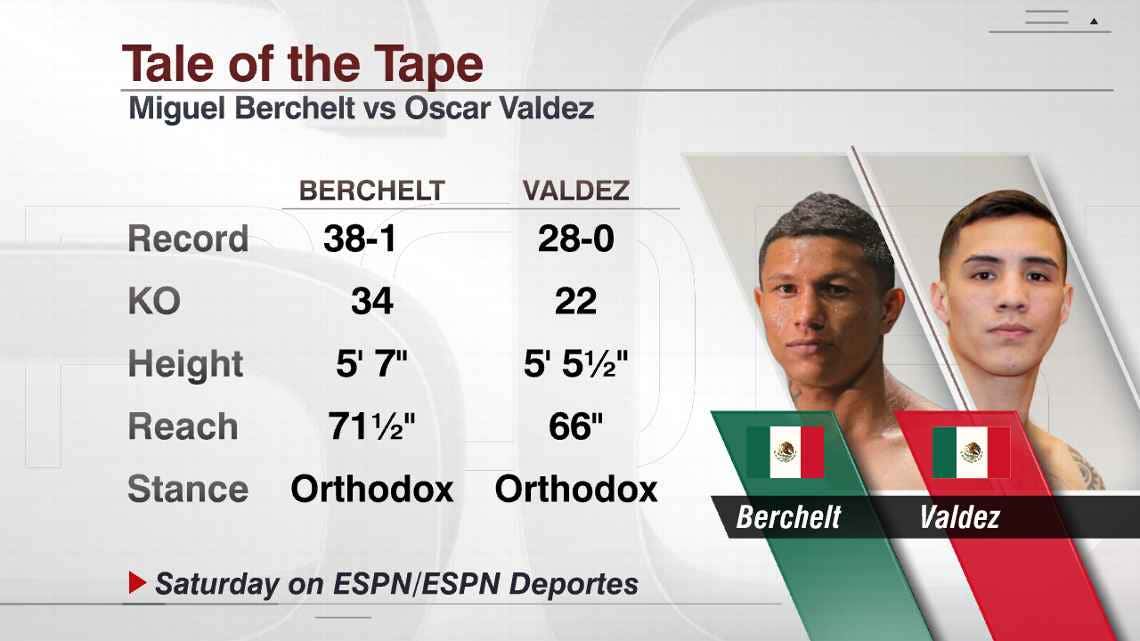 But, man, if you take a little time to watch Oscar's highlights, you will see a gritty sonofabitch who also has a tremendous amount of hand and foot speed.

And he is also a fucking anvil, having won professional fights with broken ribs and most famously winning a Unanimous Decision against Scott Quigg in 2018 where Valdez had his jaw busted halfway through the bout.

The champion in this fight is also no slouch… Berchelt is currently the longest-reigning titleholder at 130 pounds and is looking for the eighth successful defense of his belt tonight.  His size alone makes him a solid (but not overwhelming) favorite this evening at -320 but that +1600 DRAW looks awfully tempting.

How will I bet?

Well, Valdez has a better corner with Eddy Reynoso (best known for training Canelo).  And hopefully, Eddy has given Oscar the defensive capabilities to not immediately let this fight turn into a slugfest against a bigger fighter who is known as a knockout specialist.

However, the hype around this fight as a potential Fight of the Year contender before either man has stepped into the ring leads me to believe we are going to wind up seeing this one fought in a phone booth, and Berchelt's 6-inch reach advantage should be able to make Miguel a more efficient striker when they go toe-to-toe… I will take Berchelt in a late-round stoppage but also throw a couple of bucks on that DRAW.