Schattenparker (Shadow parker) - is part of a series of insults for men which accuse them of unmanly behavior. In this case, of parking their car in the shadow to avoid heating up the interior of their car (soft egg).  Alternatives include Warmduscher (someone who showers with warm water), Sitzpinkler (a man who urinates while sitting down)

Weichei (Soft egg)-  Means someone who is weak and cowardly. The same is also conveyed by calling someone Würstchen, the which means little sausage.

However, we DID NOT call White Sox Dave "a little sausage," on the podcast. That would be a shame if people thought that ...

Anyway, we debuted a new recurring segment on the pod called "Monster of The Week," which is exactly what it sounds like. A really fucked up story.

Back to WWI. Chief knows his history, I imagine we might do a part II in the future (get it?)

Large broke out the flamethrower this week, as we talk modern weaponry and trench warfare: 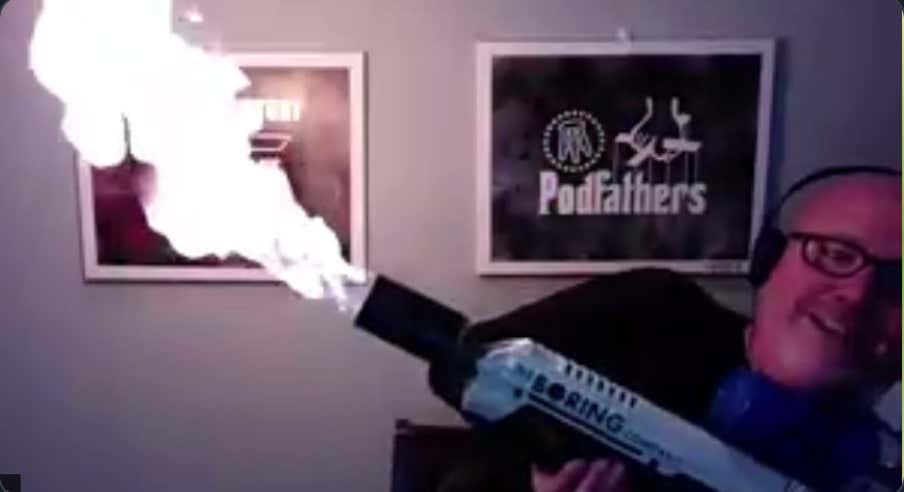 Tomorrow it's The Twisted History of Canada. Sorry Canada!

Oh, in case you forgot, we covered some of this fascinating WWI stuff back in April with Jerry Thornton (who just wrote another book) on The Twisted History of The Butterfly Effect: