The first version of the Meal Ready to Eat (M.R.E.) was introduced to American soldiers during the Revolutionary War and has come a long way since 1776. Unfortunately for the troops, a long way isn't far enough for most of today's battlefield ready meals. The M.R.E. selection is a variety of entrees with an assortment of sides, electrolyte drink mix, coffee powder, and snacks all equalling around 1,200 calories while having a minimum shelf life of 3 years.

Reports from real soldiers who have had to consistently eat MRE's are the Chili Mac is the best, while the veggie omelet is an absolute affront to God. (which is probably why the military discontinued the omelet.) 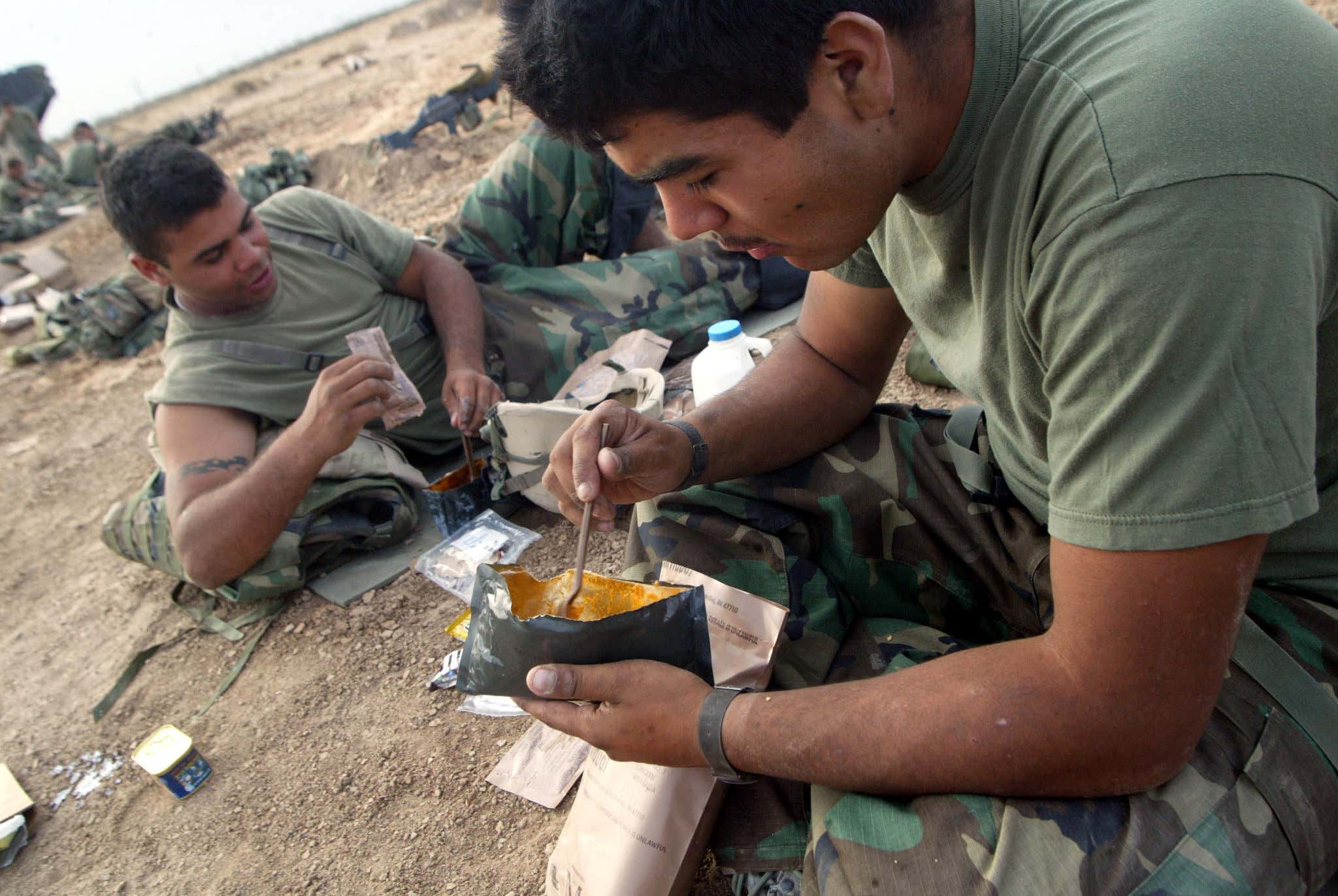 Like what you saw underneath the bar? Go to birddogs.com, enter promo code “BAR” for a free pair of Nunchucks with your Birddogs pants/shorts.

Happy Mother's Day To All The Barstool Moms

Lowering The Bar: Digging Through The Most Disgusting Ears At Barstool

Lowering The Bar: Waxing Out The Hairiest Nostrils In The Office

Lowering The Bar: Barstool Gulps Down A Slimy Cup Of Bird Spit

When Was The Last Time You Puked At A Bar?

Lowering The Bar: Eating Scottish Haggis AKA The Insides Of A Sheep

Barstool Gets Popped and Cracked Into Realignment

Lowering The Bar: The Best Of Feits

Is Tommy Smokes The Greatest Competitor In The Office Both Mentally And Physically?