Notes from the podcast:

First off ...Larry Flynt is still alive! He’s 77 years old, but in very poor health. He was born in 1942 in a log cabin in the backwoods of Kentucky, deep in coal country. His father was an abusive alcoholic, and his memoir describes a life filled with sexual trauma - and some plain-old weird shit.

When he was seven, a teenage girl fondled his penis while his older cousin watched. Two years later, he caught one of his grandmother's chickens, he fucked it, and then killed it. I’ll say that again, at the age of 9 he raped and killed his Grandma’s chicken.

In 1951, Flynt's sister Judy, died of leukemia at age four. The death provoked his parents' divorce one year later.

He has an 8th grade education having dropped out of high school during his freshman year at 13-years-old.

At 15, he ran away from home only to return after an armed man claiming to be a police officer picked him up on the side of the road, ordered him to undo his pants, and performed oral sex on him.

A few weeks later, he used a forged birth certificate to enlist in the Army, and during basic training, he lost his virginity with a prostitute who was in her 40s.

After being discharged from the Army due to personnel cutbacks, Flynt (still just 16) joined the Navy. While awaiting deployment, he married a woman he met in a bar, only to divorce her because the sex was bad ...but compared to what?

At 19, he married his girlfriend Peggy, who at the time was pregnant with another man's child. When Flynt left the service for good, the couple settled in Dayton, Ohio, and had the kid. The marriage, which had seemed doomed ever since Flynt had gotten institutionalized for firing a pistol at Peggy's mother, dissolved completely when Flynt resolved a marital argument by spitting in his wife's face.

Divorced twice and out of the service, Flynt became an entrepreneur, operating some dive bars and a vending-machine business. (Allegedly with some ties to the mob) 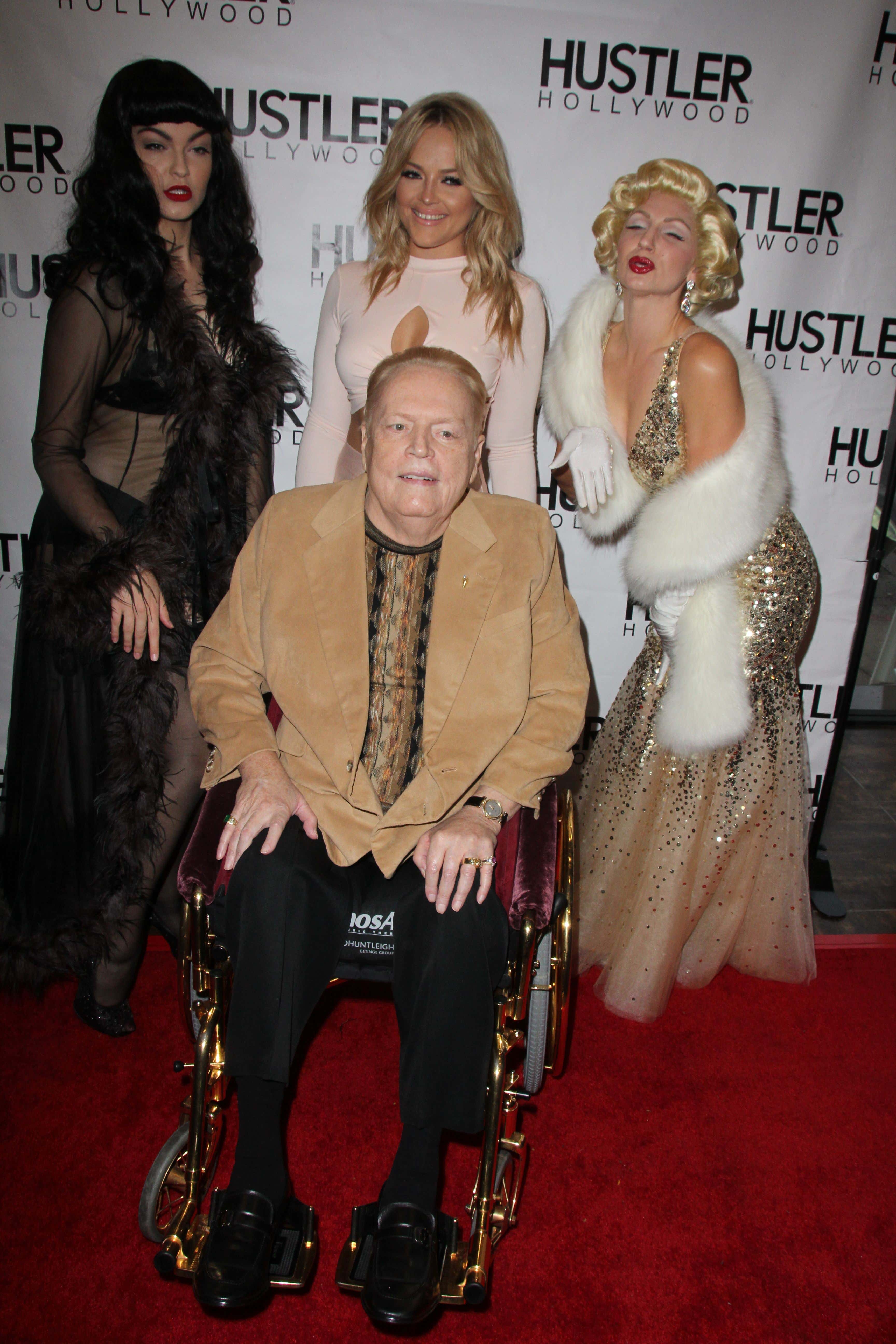 He opened a bar in Dayton, Ohio, in 1968 called The Hustler Club - where women danced in cages wearing bikinis. By 1973, Flynt had a chain of eight Hustler Clubs.

It was while interviewing women to dance at his clubs that he met and fell in love with 17 year-old Althea Leasure, a teenage runaway who had been left homeless when she was only 8 years old because her father killed her mother, her mother’s best friend, and her grandfather, before turning the gun on himself.

Althea quickly became an integral part of Flynt's business enterprises. She took over the management of the Hustler Clubs as Flynt worked to convert its newsletter (which highlighted the chain's new dancers) into a national publication positioned as a blue-collar alternative to Playboy and Penthouse.

Larry always felt women were smarter than men and almost 1⁄2 of his management team are still women. His 5th wife Liz currently runs the talent department and hand picks each girl.

More from the podcast …

Kate Barstool joins us to talk Larry Flynt, and what does MMF mean?