Jupiter, Florida we meet again, and we're not just "topside" anymore folks!  This episode, we're getting IN the water with Bulls, Lemons, Silkys, and Sandbars to see what its like to interact with Sharks up close and personal in their environment.  This is the first Outdoors episode where we don't have a "catch" or a specific mission to catch something, but rather experience and interact in a natural way.  I think it came out really cool and is much more of a relaxing, beautiful watch rather than a pure adrenaline rush and I hope you guys like it.  As far as the sharks, there is so much to say.  I wrote about the experience a week after it happened and think these words give a little more insight into what it was like... check it out!

That's me and some of my friends called Lemon Sharks in Jupiter, Florida from a few days ago while filming and episode from Season 2 of Barstool Outdoors.  From topside it doesn't look so bad, and it wasn't, but the view from underneath can require a little more attention at certain moments..

Now he wasn't trying to eat me, or even bite me!  He just wanted some free Bonita that's all and who could blame him!  That doesn't mean its not a bit of a butt-clencher when he gets up in your grillpiece and asks very politely for the food, but its not malicious.  You can see at the end of the video what he was after.  Its amazing how calmly they respond to being pushed away.  The demeanor is like a dog looking for food at the dinner table, not of an Apex Predator that could rip you apart if it wanted to in about 4 seconds.

"The "most dangerous shark in the world" aka the Bull Shark is one of the most powerful and dangerous creatures in the entire ocean.  They have attacked more people than any species and can kill you with one bite to the leg due to the immense blood loss associated with one exploratory bite from their trash can jaws.  These individuals were absolute delights to hang out with though believe it or not!  In 120 feet of water off the coast of Florida, they couldn't have been more welcoming.  There was loads of chum in the water and they were happily feeding on Bonita while enjoying our company.  It was one of the most relaxing and calming experiences I've ever had in my life.  Being amongst the school of them felt like meditation and an out of body experience.

Would I get in the water with Bull Sharks if it was dusk or the water was murky? ABSOLUTELY NOT!  You are asking to be turned into a new story at that point.  But in crystal clear water where everybody can see each other, the Sharks are so uninterested in hurting you its not even funny.   They would come up behind you and curiously look at you like a puppy and a weird new toy, but as soon as you turn and look at them, they would instantly change behavior and swim down.  Apex predators like that 100% know when an animal is looking at them and paying attention vs oblivious to their presence.  It was amazing to witness, although kind of unnerving since they are so enormous and powerful, and could flip the switch at any moment - sometimes without reason.

The entire experience will be chronicled on Barstool Outdoors Season 2 which we have been working tirelessly to complete during a Global Pandemic and travel restrictions, but I just wanted to spread a little info on it beforehand because it was a fascinating experience to me.  Don't believe everything you read, they aren't as mean as they're made out to be!  And if I get eaten by them the next time I go and you guys all go back and find this blog, I'd like to make it clear I don't take ANY of this back!  Any time you go in another organism's habitat, they are liable to act the way they have for hundreds of millions of years, and that's ok!  Interacting with Sharks in their world is the most amazing experience in the world and I recommend doing it to every single person at least once in your life. 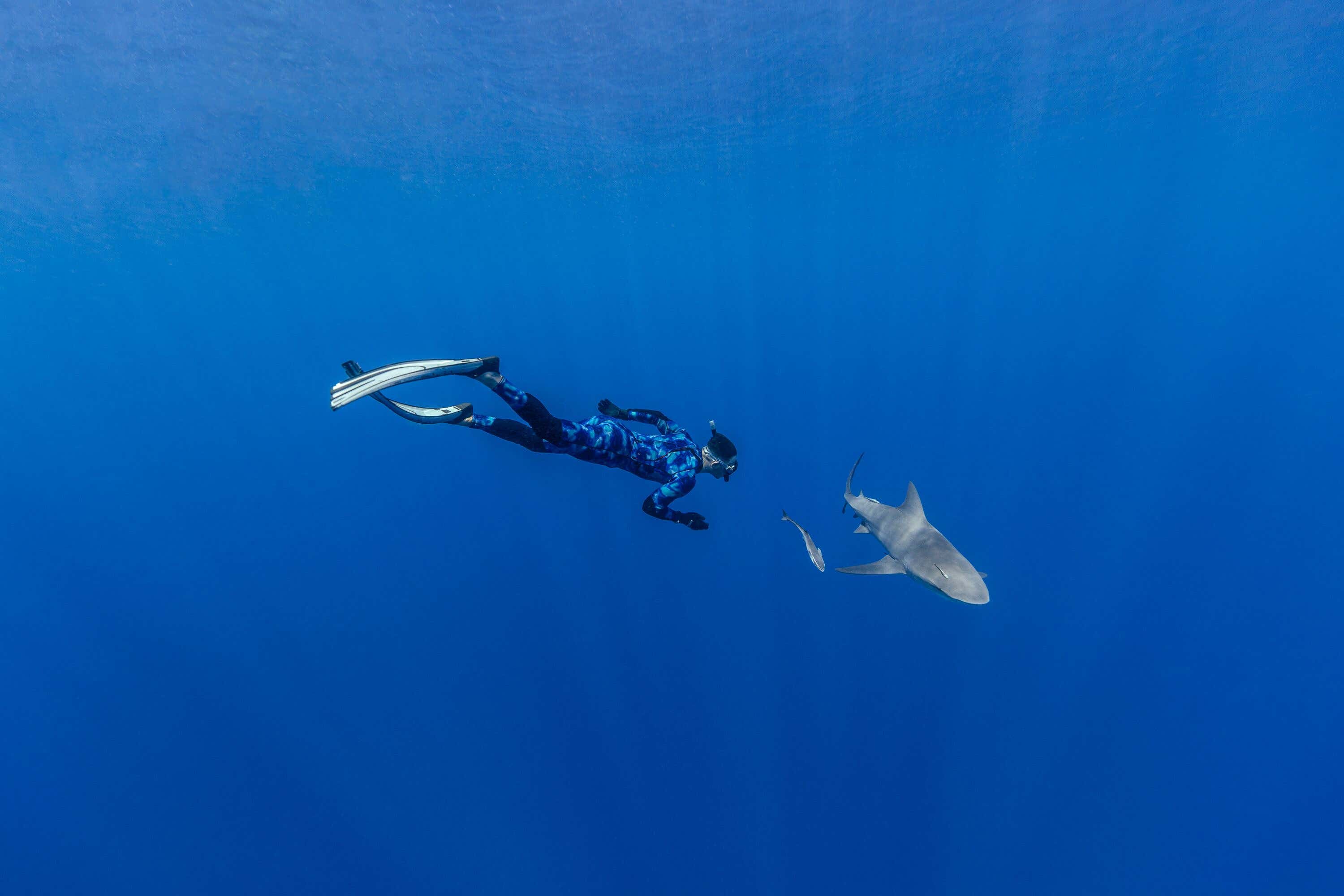 Make sure to check out and follow Jeff Panella's Instagram page.  He filmed this episode, made the experience happen, and is an all around great guy who shoots some REALLY cool things!

Jordyn Woodruff Faces Her Worst Fear On The New Episode Of Out Of Office!

We Shot A 20 lb. Rabbit In Argentina!

Catching GIANT Bullfrogs with my Barehands!

Freediving in the Florida Keys

I Crashed the Ducks Unlimited Expo

I Caught a Tagged Shark!!

Bowfishing Tilapia in the Florida Everglades

Setting Up A Bow: For Beginners

Austin Keen Taught Me How to Wake Surf!

I Shot A Wild Hog With a Thermal!

I Hooked Into The Biggest Bass of my Life!

Catching Sand Fleas at the Beach!!

I Went To the World's Largest Turkey Hunting Convention!