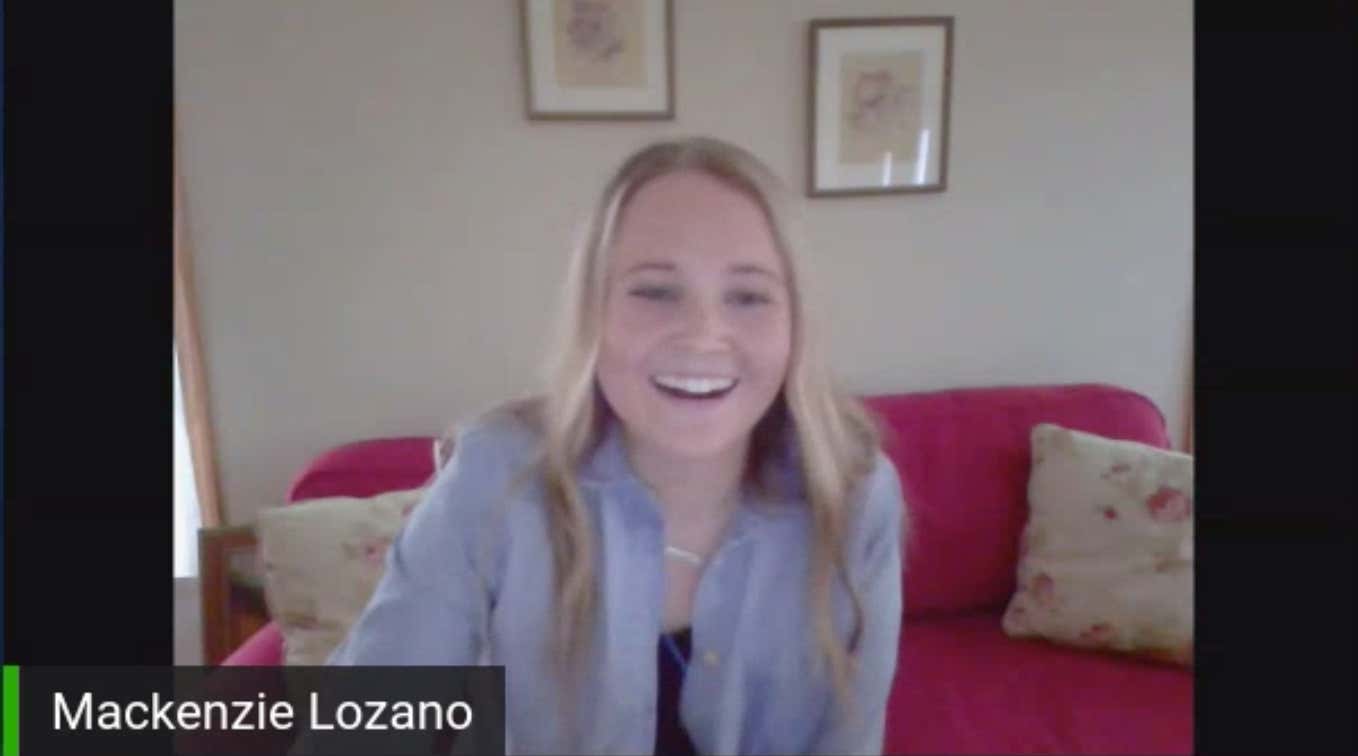 If you haven't stumbled upon Mackenzie Lozano yet you have not been spending enough isolation time scrolling your Twitter, TikTok or Barstool feed. The upstate New Yorker turned Hoboken resident runs a blog, Bench Points, does work for both the MLB and NHL (when they're ah, operational), and has been putting out some of the most beloved Barstool #content this month despite... not working at Barstool.

After she did an awesome job poking fun at our ZBT show openers Chaps asked her to come on our livestream tonight. She was a damn delight.

I've seen the haters who will never take a risk & put themselves out there for their own dreams saying, 'Whatever. She's just lip syncing'. I'd argue she's showing her knowledge of Barstool by picking specific moments that best highlight each personality & podcast to emulate. She's also nailing the roles right down to the outfits & backgrounds (peep the small yellow vehicle in the background meant to be Chaps' new truck) with a ton of creativity. And the parts she picks show a clear sense of humor. I've laughed with every TikTok & video she's put out so far, and there are A LOT. She's covered Spittin' Chiclets, The Rundown, Barstool Breakfast, ZBT, and more.

Back to that blog she runs, in the description of why it's called 'Bench Points' she wrote,

The bench players don't pout every time the ball is stolen from them, they hustle down the court and get it back. They show up to every single practice, work hard, and do whatever their coach tells them to do, knowing they won't play a minute in the next game. Most importantly without them the starters would have no water! We want to give the "benchwarmers" some recognition, so we give you "Bench Points", the fun, hard working, creative, supportive blog to help everyone win.

Right now she's doing all this stuff for Barstool from the sidelines in her own time for the love of the game. I hope soon she's off the bench & on the court with us full time.