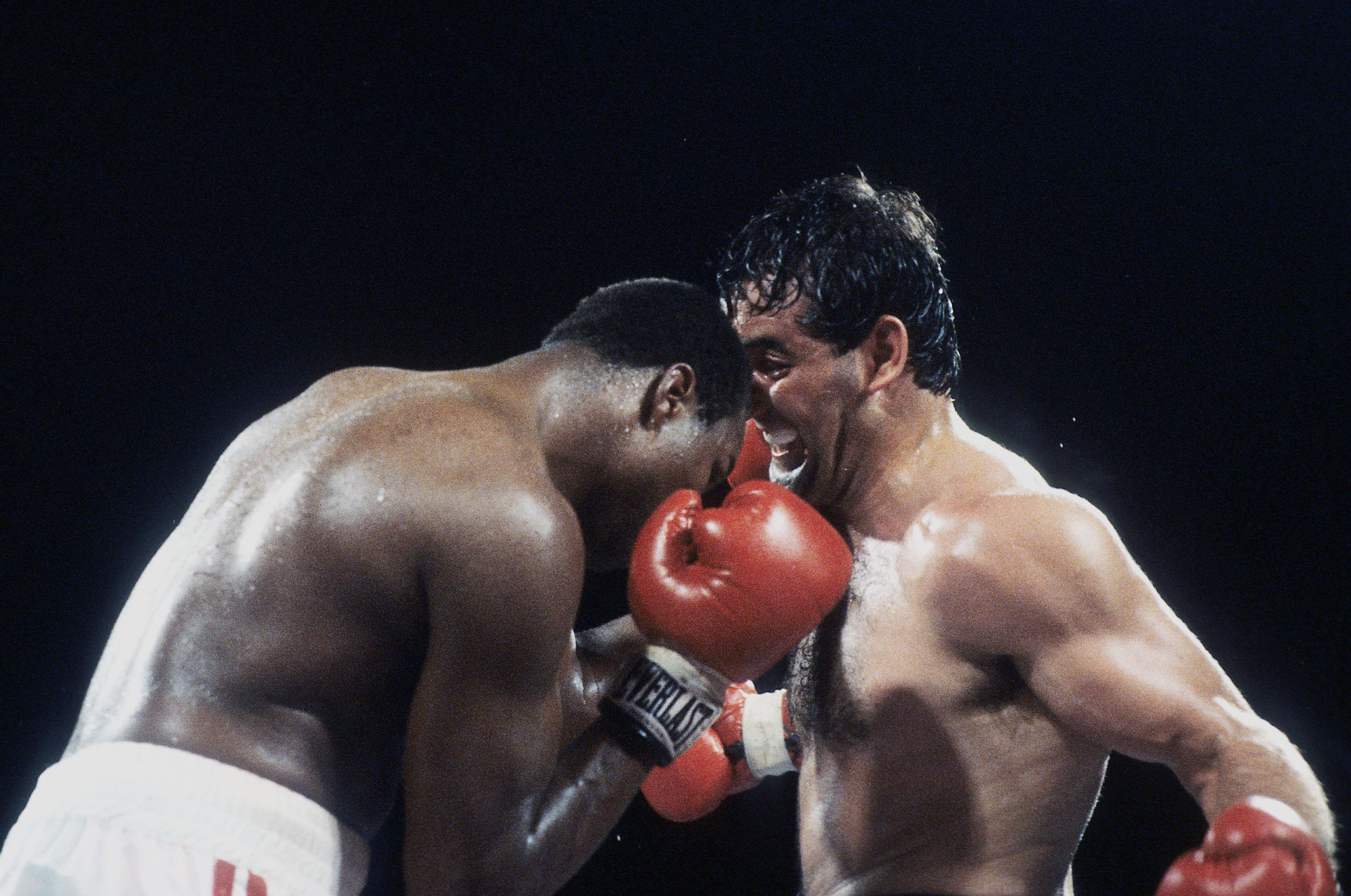 Excited to announce we will be recording the next Twisted History episode with Large and former pro boxer Gerry Cooney, who twice fought for the heavyweight title in 1982 against Larry Homes, and 1987 against Michael Spinks - (I think Spinks was a former champ at the time, so it might not have been a true title fight)

Anyway, In 1981, he defeated former world heavyweight champion Ken Norton by a knockout just 54 seconds into the first round: 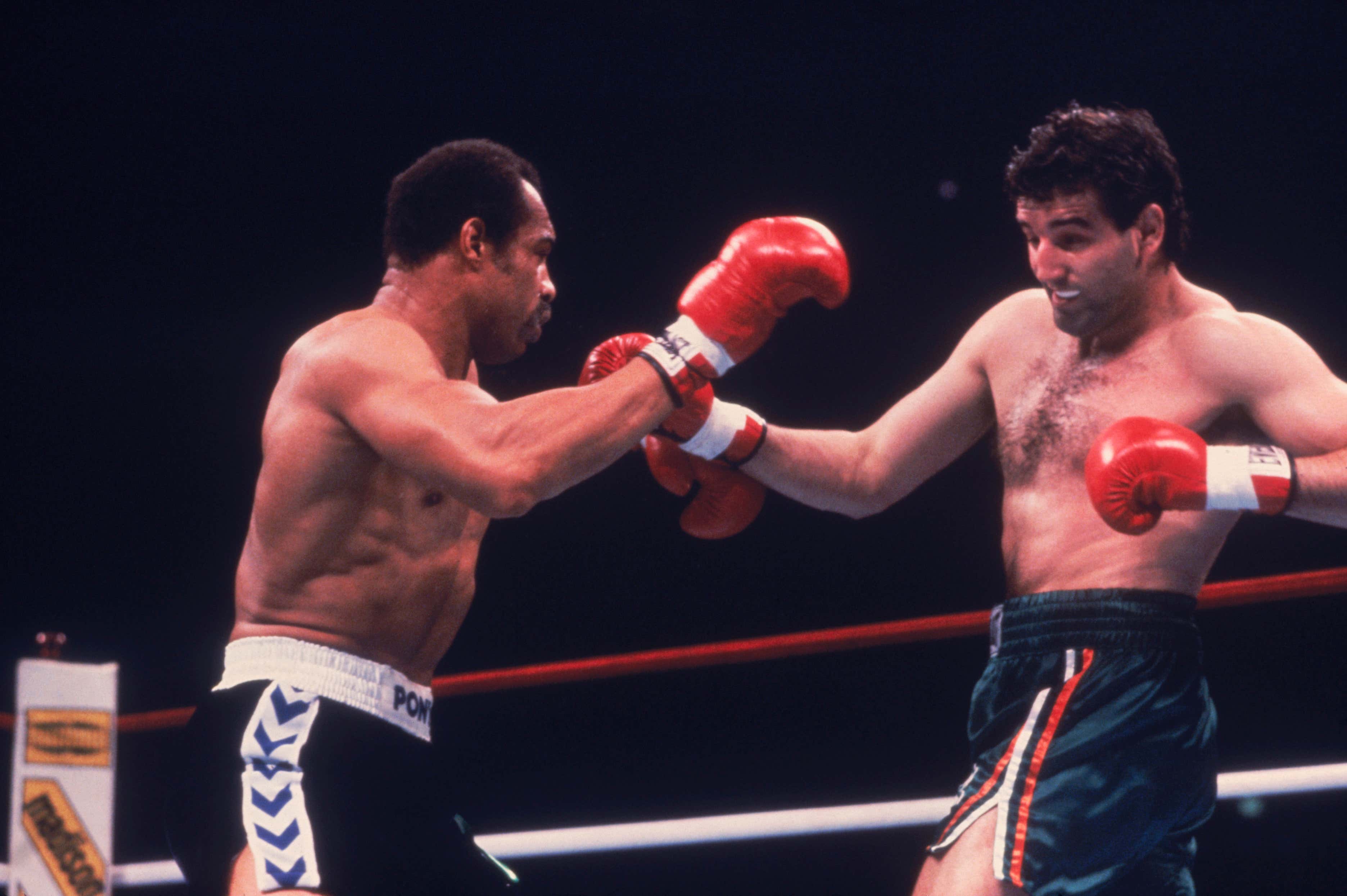 This broke the record set in 1948 by Lee Savold for the quickest knockout in a main event in Madison Square Garden. Since his management team was unwilling to risk losing a big future pay day with Holmes by having him face another viable fighter, Cooney did not fight for 13 months after defeating Norton.

The following year, Holmes agreed to fight him. With a purse of ten million dollars for the challenger, it was the richest fight in boxing history to that time. The promotion of the fight took on racial overtones that were exaggerated by the promoters, something Cooney did not agree with. (NOTE: This is something Large is going to ask Gerry about, as apparently he has A LOT of opinions on boxing promoter Don King, who has a twisted past of his own)

If Cooney had won, he would have become the first Caucasian world heavyweight champion since Swede Ingemar Johansson defeated Floyd Patterson 23 years earlier. Don King called Cooney "The Great White Hope." The bout drew attention worldwide, and Larry Holmes vs. Gerry Cooney was one of the biggest closed-circuit/pay-per-view productions in history, broadcast to over 150 countries. 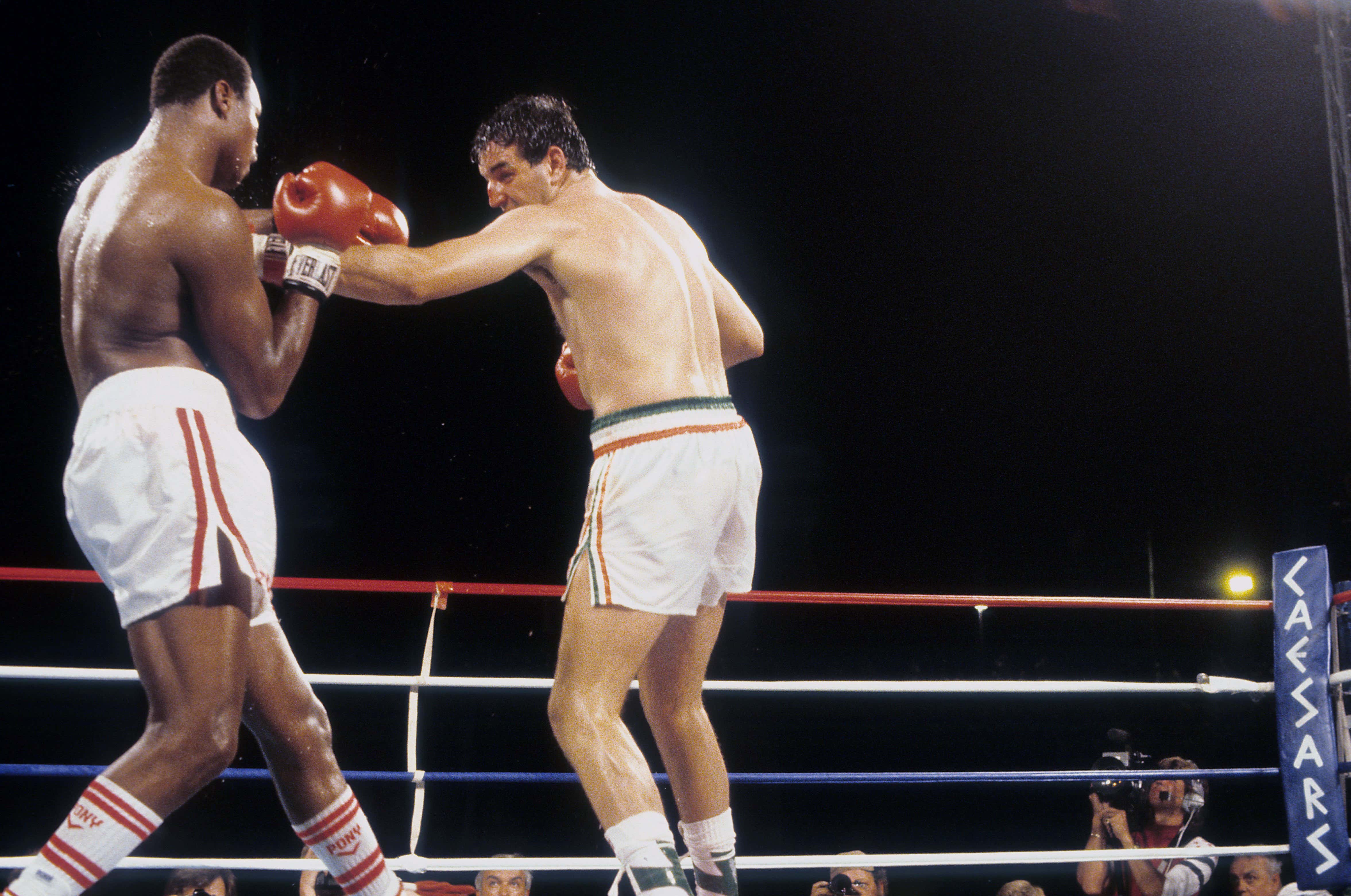 After 12 rounds, Holmes finally started to wear him down. In round 13, Cooney's trainer Victor Valle stepped into the ring to save his fighter from further punishment. Two of the three judges would have had Cooney ahead after the 12th round if it weren't for the point deductions. (He was fined three points for repeated low blows) 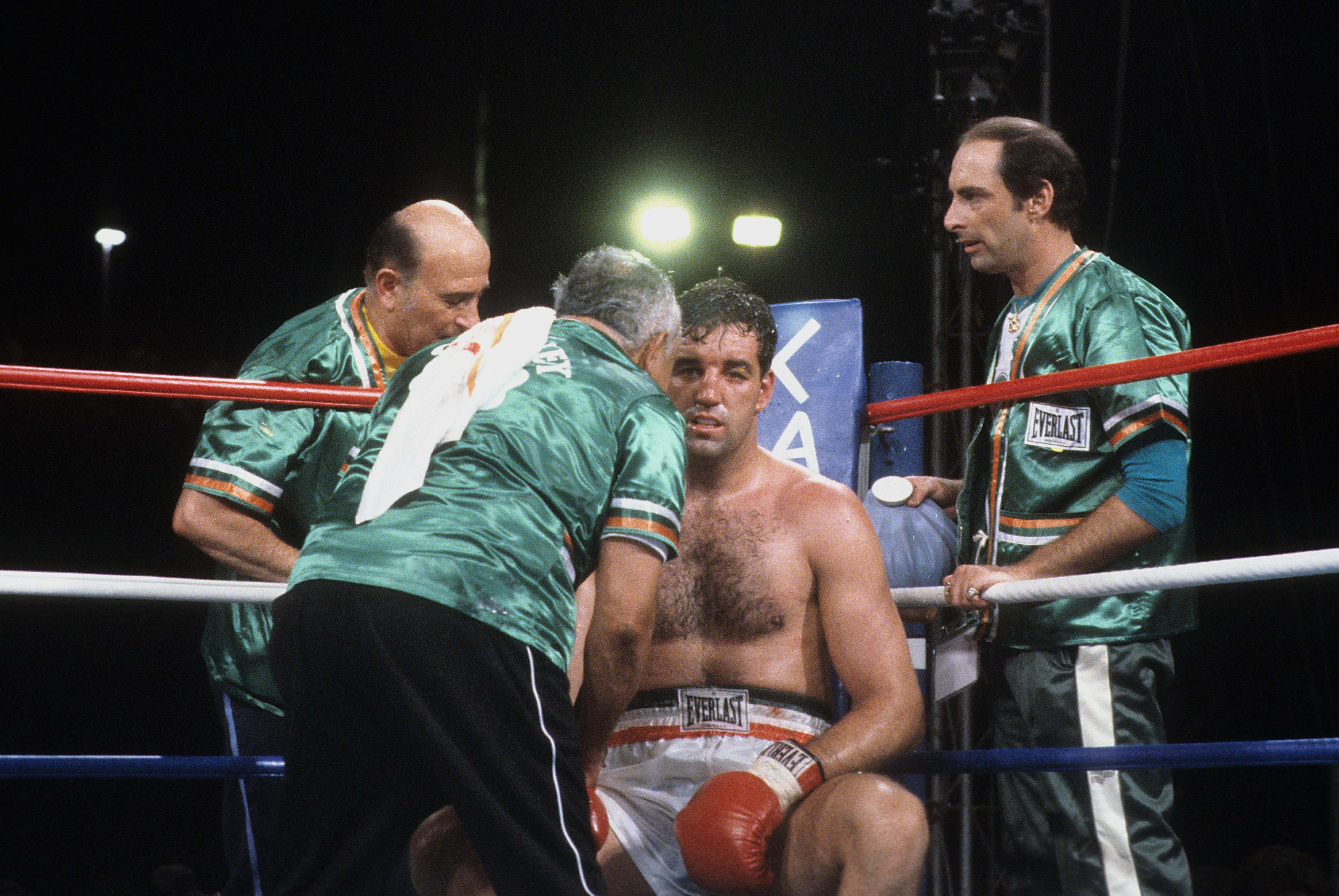 Holmes and Cooney apparently became good friends after the fight.

Cooney's last fight was in 1990 against former world champion George Foreman. Cooney did stagger Foreman in the first round, but he was over-matched, and Foreman knocked him out two minutes into the second round. 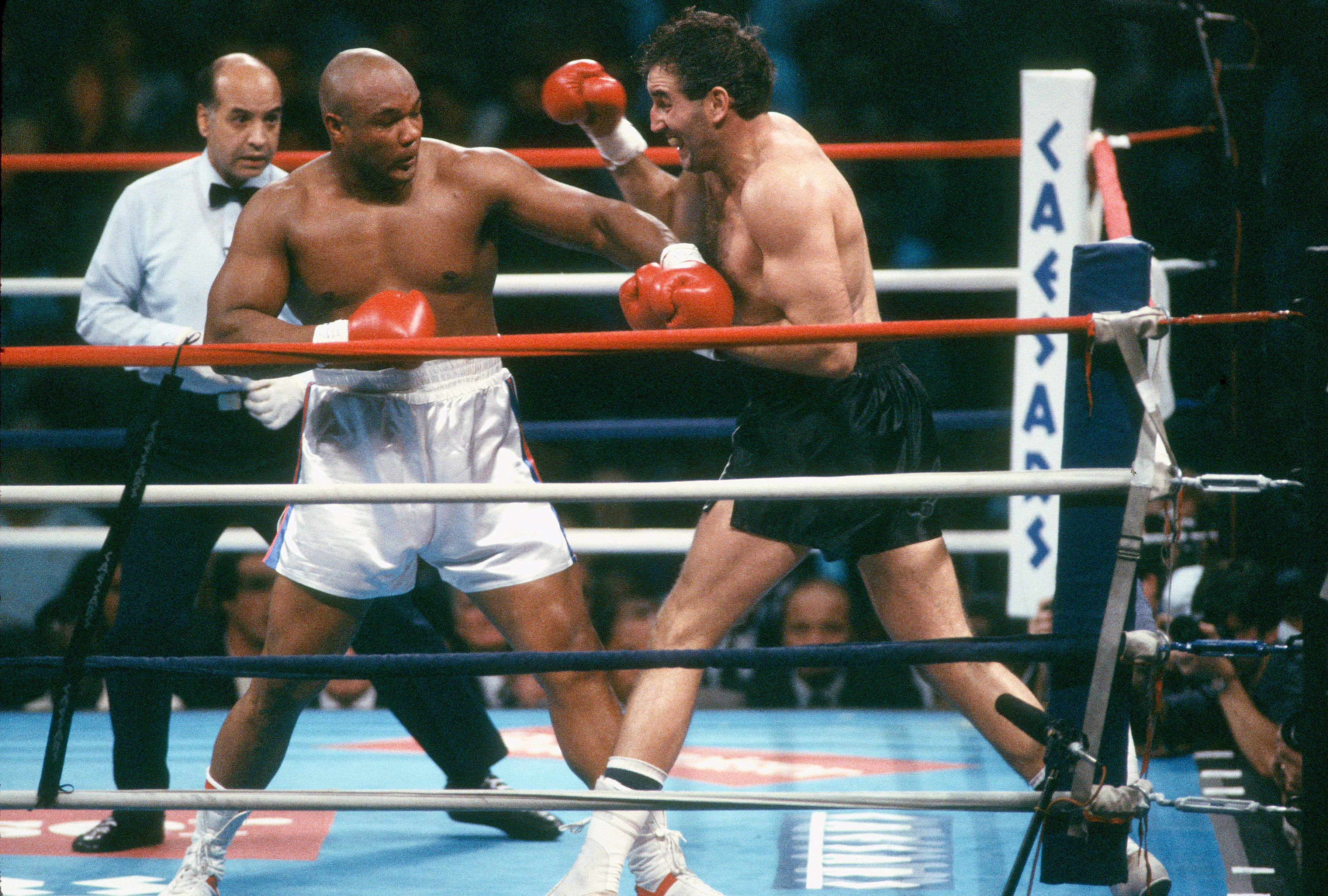 Don't miss the next Twisted History, with:

In the twelfth round of the fight, Griffith backed Paret into the corner before he unleashed a massive flurry of punches to the champion's head.

It quickly became apparent that Paret was dazed by the initial shots and could not defend himself, but referee Ruby Goldstein allowed Griffith to continue his assault. Finally, after twenty-nine consecutive punches, Goldstein stepped in and called a halt to the bout.

Paret collapsed in the corner, fell into a coma, and died ten days later at Roosevelt Hospital in Manhattan from massive brain hemorrhaging.

Minutes after the fight was over, Kim collapsed into a coma and was removed from the Caesars Palace arena on a stretcher and taken to the Desert Springs Hospital.

On November 12th 1982, Panama Lewis (trainer) accidentally let this slip after the 13th round between Aaron Pryor and Alexis Arguello: "Gimme the bottle, the one I mixed!’

What Happened To The Sphinx?

Forrest is Asa, Asa Is Forrest!

Dr. Seuss Had A Disturbing Secret

Salute This Dog, Or He Will Bring The Pain

Flat Feet Kept This MVP Out Of The Marines?

Clay Throwing Is NOT A National Pastime

SOMEBODY IS GOING TO GET KILLED

Hart Island Fitted With Frickin' Missiles Attached To Its Head

The Twisted History of The Island of The Dead

This Day In Twisted History

The Twisted History of The Butterfly Effect

The Twisted History of Freak Shows