First off - pardon the rough start - it was a periscope and I have no idea how to edit these things. Also people roasting me is the best part and in the future endeavors I'll try to include the best ones.

Ok, anyways, I said "first annual" in the headline but let's all hope there's never a pandemic-esque reason to bring me to a "second annual" Apartment National tournament.

Monday through Friday will be the Chaps & Kate show on Livestream going forward (and a fun guessing game viewers can play involving Barstool employees will be part of it), but Saturday & Sundays are still open for me to stream whatever. Most nights they've been total duds from counting cars & trains to spa night to me just staring blankly at the screen wondering what to say (neat!), but tonight in honor of the absence of Augusta National, I decided to try & put on my own tournament, The Apartment National.

Everything was ready to go when I got word that our sponsor, Sprit Airlines, lost track of their marketing people and would be extremely late in arriving for the brand activation. Luckily hot new drama, The Unboxing, stepped in from The Barstool Network. Be sure to tune in tonight at 8pm. 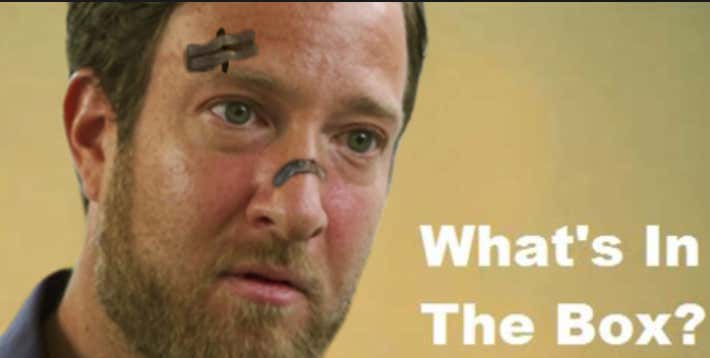 To see how I did you'll have to watch the video, but I'll tell you ahead of time - I'm the GOAT despite falling apart on the last bowl hole.

PS. The course was pretty simple to set up, and if you have kids or are a grown child like myself here's the overview of how I set it up along with the score card so you can try something similar (but probably with more space): 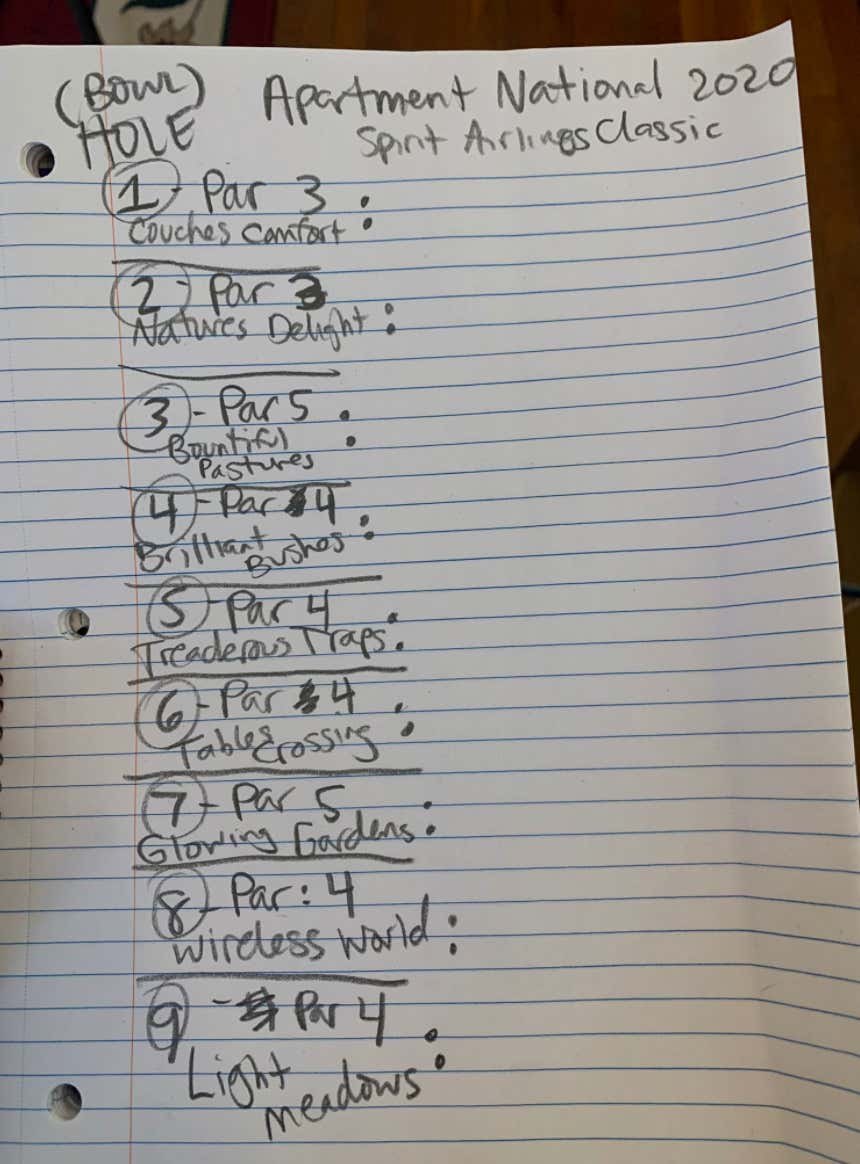 PSS. The haters will say this wasn't really a golf tournament because there was no golf and no competitors, but isn't golf really just a state of mind? Right? Eh?