Legend has it that in 2008, on a hot summer day in the Hofstra University parking lot during Jetsfest I ran an unofficial, hand timed 4.40 40-yard dash. I had just graduated but made the trek back to get a view of legendary Quarterback Brett Favre in the green & white. I am a Buccaneers fan and had been following his comeback quite closely that summer. This all came out during an interview we had for Going Deep with former Jets great Nick Mangold:

Now, I realize 4.40 is very fast, even for the most elite athletes in the NFL. 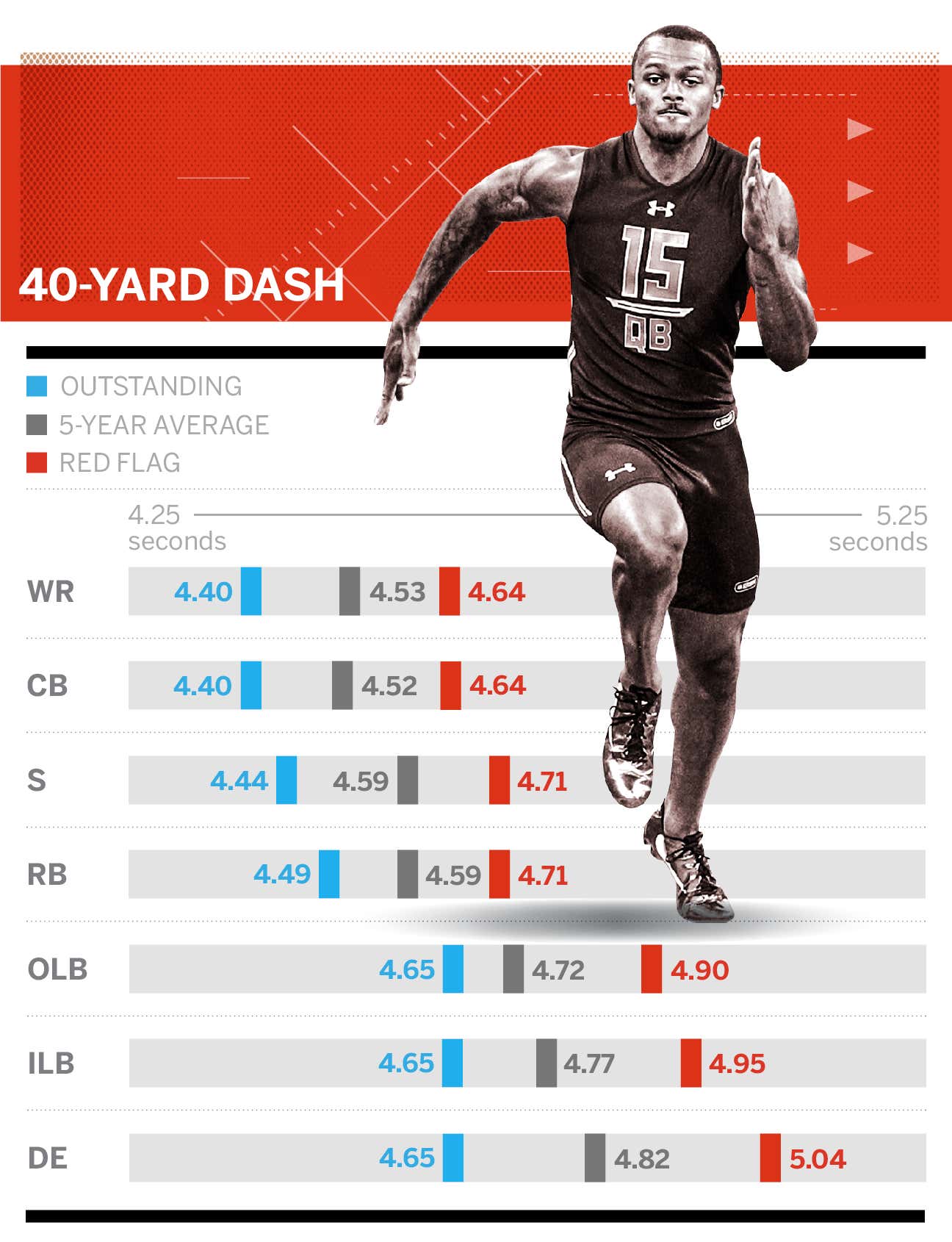 That time (while unofficial, which means not done by a laser), would put my 2008 self in the "outstanding" category for both WRs and CBs, the two traditionally fastest positions on the field. Now to remind you of this context, when I ran this I was 22 years old, in my athletic prime, and ~ 190 lbs. I'm currently 34 years old, very washed up, and ~ 205 - 210 lbs. I used to play basketball 3-4 times/week back then. My kid just turned 16 months old and I haven't played since he was born to avoid all potential injury.

Moving ahead to present day, my terrific Super Bowl winning co-host, Willie Colon said he knew a place where we could see just how fast I was now. I had no expectations really, so when we set a date late last week, I figured I'd try to practice in my neighborhood just to get a feel of what it would be like again.

I honestly didn't feel that fast, but I had no idea. I didn't mark 40 yards, I just kind of eyeballed it. So I sent that video to a guy I trust who does this for a living. He's the Director of Player Personnel for the Buccaneers and he watches 40s all the time. This was actually the beginning of my undoing...

Like I said, I didn't feel fast, but when your last timed 40 was 4.40, a 4.87 would feel much slower. My confidence went from very low to sky high with that one exchange. He did caveat that it depended on my start, which I was not confident in, nor were my confidants:

The start in that video, admittedly was horrendous. I had also just had a cup of broccoli cheddar soup roughly 50 minutes before, potentially the worst thing to eat before running (to my defense, I didn't know I was going to be forced into doing that during The Yak, I was just hoping to have a tasty lunch). I also never ran track, so had no real idea of proper technique.

Yesterday as I pulled up to the Parisi Speed School in Fair Lawn, NJ, I was nervous. It was really cool surprise having Super Bowl XXI MVP Phil Simms there to watch me run. But having the improper footwear for the turf was definitely to my detriment. Once we switched to the hard surface (which matched my footwear better) I was much improved.

And while I wasn't thrilled with my top time of 5.19, I will say that mechanically, I do have some things to clean up and room to improve. My get-off is still awful, I have to be lighter on the balls of my feet, and my arms have to be straighter while running. Rich Sadiv, the owner of the facility and head athletic trainer said he thinks he can get me to a 4.99 with a lot of training. Can I do it? Stay tuned...

But for today, the haters were victorious. Congrats Caleb, you win this round.

And don't forget to check out the latest episode of Going Deep on Apple, Spotify, Google Podcasts, Stitcher.

Lastly, a big thanks to Bill, Rich, & Joe at the Parisi Speed School and to Willie for hooking it all up and Phil Simms for the positive words of encouragement. Also, thanks for everybody who rooted for me to break 5.00, we'll make it happen eventually.

My Thoughts On Call Her Daddy Heading To Spotify

Which Superhero Would Be The Best at Sex?

Will Compton Got Yak'd HARD

Will Compton Joins Us For A Wild Episode of Picks Central

Walk The Line Featuring Will Compton

Working This Max Homa Tip Into My Game

Vladdy's Ass Is The Heart Of Dante's Inferno

Coming This Wednesday Night - Behind The Greens: Torrrey Pines