CBC — An Air Canada Express flight from Montreal to Saguenay, Que., was forced to turn around Friday after a technical issue made one of its wheels fall off seconds after takeoff.

In a statement, Jazz Aviation LP, a company that operates flights for Air Canada, said one of the two wheels on the left main landing gear fell off just after the plane went airborne.

The incident was captured on video by a passenger.

In the footage, flames are seen coming from the wheel prior to takeoff. One passenger comments that the wheel appears to be fine, before it promptly falls off the landing gear.

There are conflicting reports on the internet about the relationship between me + airplanes. One is my long-documented fear of flying and need for anxiety medication just stepping on a plane (what a pussy, I know, tell me about it.) The other is that I am a certified pilot with years of experience flying the friendly skies, until the day that crazy lady on the internet exposed me to the FAA. 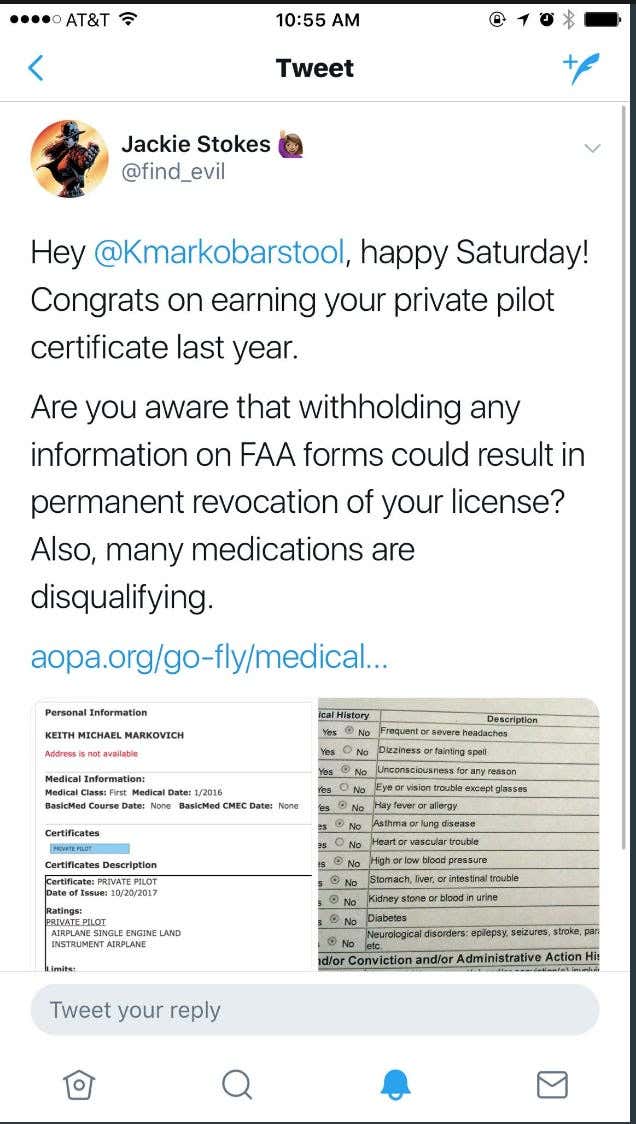 I don't want to ruin the mystique and aura for anyone. I want to be whatever everyone wants me to be. Kind of like how you don't want an author to describe what a character from your favorite book is actually like so you can keep your own image in your head (looking at you JK Rowling.)

Did I get the shakes and puke from watching the video above? Or did I shrug it off as not a big deal, something I've dealt with more times than I can count in my years piloting aircraft of all shapes and sizes?

Recapping The Barstool Idol Finale - We Have Two New Co-Workers

Neighborhood Eats: The Definitive Guide to Pastrami in NYC

Riggs Vs Pinehurst No. 1, 12th Hole Presented By Whoop