A few weeks ago when Chaps & I were in North Carolina for Rough ‘N Rowdy prep we drove up to Raleigh to visit Mumen Shiglawi (who was on his stoop cleaning an air soft gun, no less). As Marines ourselves, he caught our attention in his promo when he said he was going to be a Marine himself. Not one yet – but going to be. We felt it was our duty to go inform him about the bulk of time in service to make sure he was prepared. There are moments of action & excitement, sure, but we walk him through the majority of how he’ll spend his time (if he makes it):

We also ask him how he’s been prepping for the fights TONIGHT and though it sounded like a little cardio & exercise was involved, I don’t think he’s done too much boxing. Check out the video to see how you think he’ll do.

Side note: My former drill instructor would be ashamed at my lack of attention to detail in this video because the Eagle, Globe & Anchor logo in it says ‘Corp’ under it & it’s actually ‘Corps’ with an ‘s’. Just addressing that now for any hardo that gets upset about it for some reason. I’m aware & will haze myself accordingly.

Here’s how to watch 30+ fights, 2 Main Events, the Ring Girl contest and more: 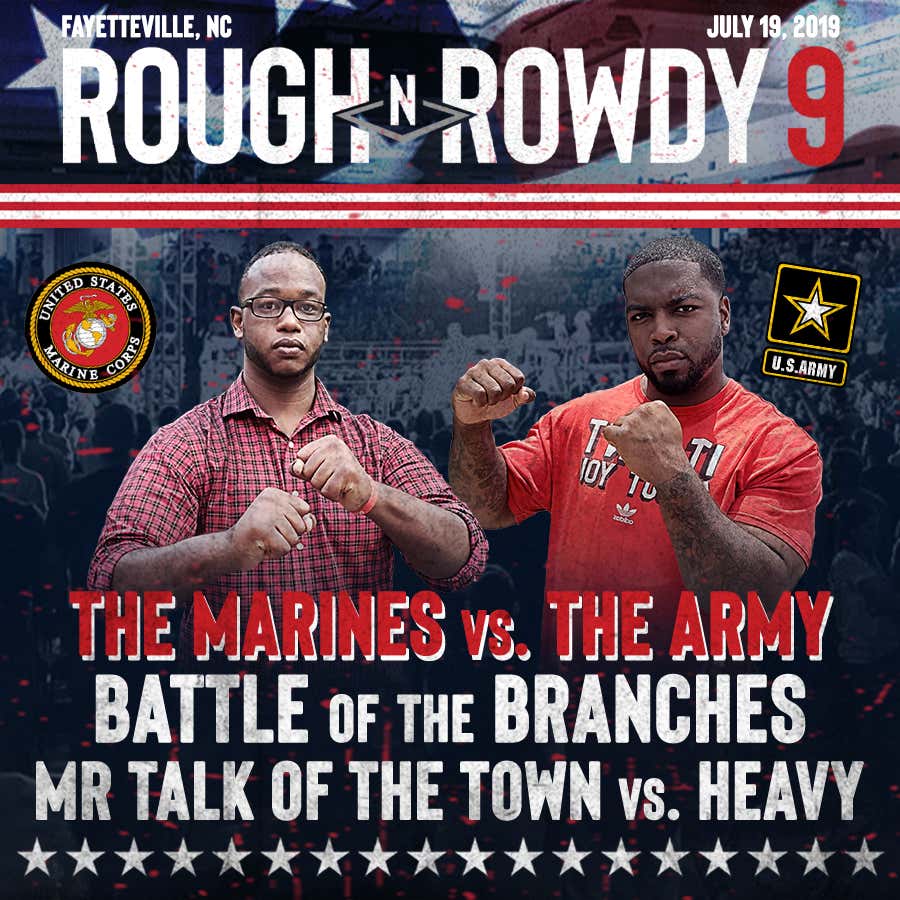