Not far from Fort Bragg, NC you can find father of four & Army veteran Wade “Dr. Long John” Berard working 80 hours per week in a roasting parking lot, wheeling & dealing to provide for his family.

He’s got the suit, shined up shoes, & it all appears wholesome enough, but if you look a little closer you’ll see he’s got assorted scars & dimples on his face from a lifetime of hard-won brawls. Now he’s ready to take his pent up frustrations from the streets to the ring, and I think he’s gonna put up one hell of a fight.

I have to say, I LOVED this guy. He’s one of the most charismatic people I’ve ever met, his confidence is unparalleled, and I think he’s going to crush his opponent at Friday night’s Rough ‘N Rowdy. Have I mentioned that opponent tried to buy a car from him once?

Yeah, same here. Hard to turn down a deal when he’s got a “sign here” tattoo on his pointer finger though.

‘Dr. Long John’ also told me he plans on lighting a cigarette in the ring between rounds, which I fully encouraged him to do. Not to steal a word from Dave, but the guy is electric and this is one of the matches I’m most looking forward to.

I’m sure he could sell this to you a lot better than me, but I’m telling you – you won’t regret it if you watch RnR9 live. Have some friends over, write up a drinking game to go along with the commentary (Big Cat, Large & Robbie), crowd activities (probably a fight or two there as well), and ring gals (3 sips for a twisted ankle in the ring). 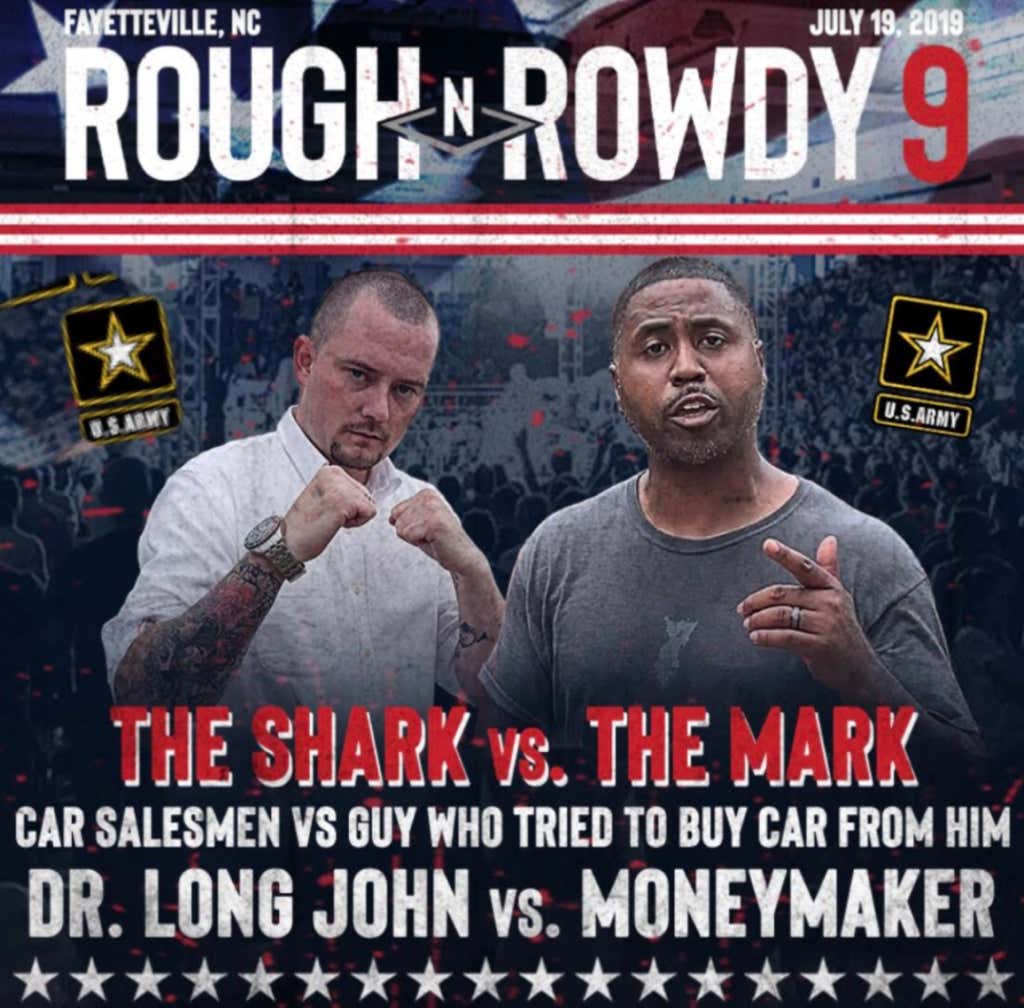