Big dog guy. I own two dogs. They are cockapoos. You learn a lot about someone’s maturity level when you tell them the species name of your dog combines the words cock and poo into one word. I love 99.9% of dogs. I’m even one of those assholes that say they would rather see a person hurt than a dog. Before Petcon I thought I was the biggest dog guy, but I found the people participating in Petcon love dogs more than life.

Petcon was filled with so many weird characters, but the greatest villain of all time was the random guy watching me run the agility course in disgust. I had forgotten about this guy until I went back to watch this video, but the visceral hate he had at 9:00 in the morning was unmatched.  I thought there was nothing more passive aggressive than calling someone Buddy or Pal, but this guy calling me Champion takes the cake. I like to think I’m repeating the word Champion in my head in this screenshot below. 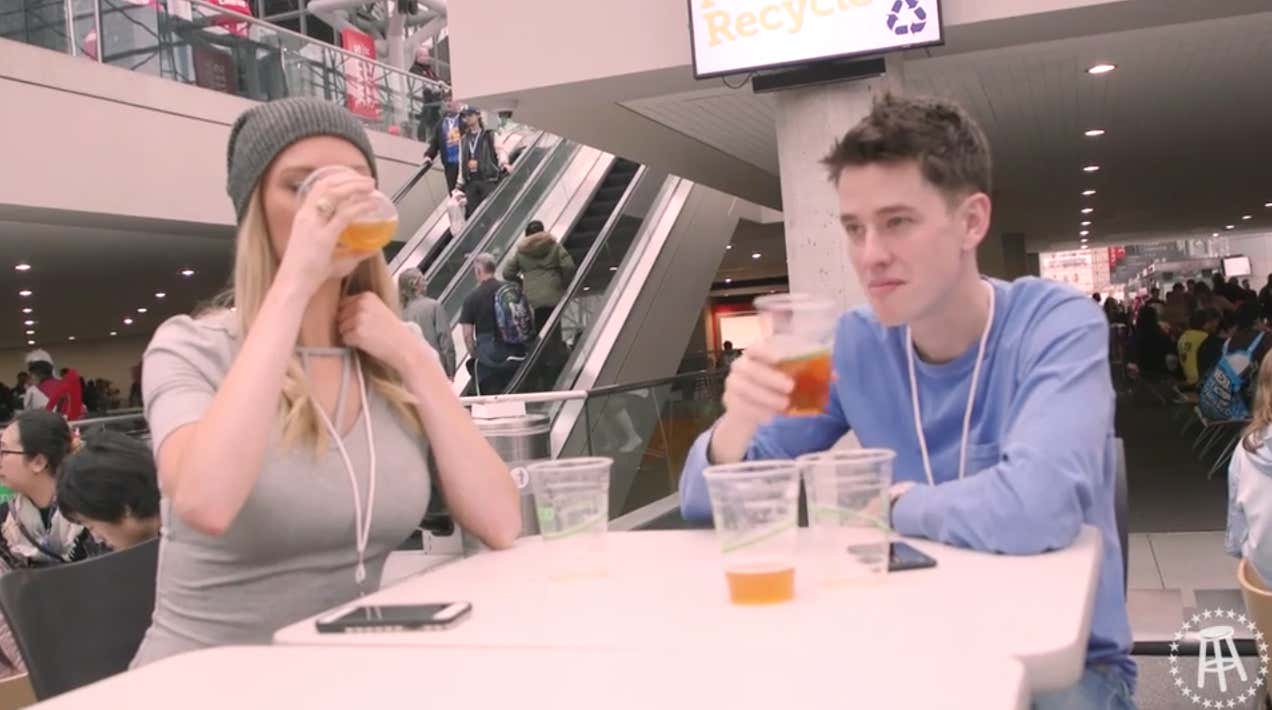 Also, If you watched the video till the end and asked yourself, was Vibbs jealous of Tuna?

No clue why I thought Petcon was only open to dogs. It wasn’t. I don’t know if it was the fact that cats and dogs don’t get along together, or that I don’t consider cats pets because they steal children’s breath while kids are sleeping (allegedly)? Either way, when Kayce and I were in the Petcon VIP (SICK brag) there were about 6 cats. I’m extremely allergic to felines so I made the comment to our camera guy, “Oh, didn’t know cats were allowed in the building.” A Clout God Cat owner heard my comment and thought I was coming at the cats. The owner acted like I was trying to enact Jim Crow Laws on the cats and make Petcon separate but equal. The guy quickly insisted, “cats are allowed to me in here.” I had to apologize for attempted animal segregation, fuck 2018. Luckily I was able to get out of this awkward interaction because another dog in VIP got a Red Rocket and immediately drew all attention away from me. If there is one thing worse than cat discrimination in 2018, it’s celebrity dogs thinking they can show their dicks to people and get away with it.

What Was Your Most Iconic Prank Call As A Kid?