That’s right. The enemies of my enemy are my friends. Therefore Howard Stern, Baba Booey, and I are swimming in an orgy of fellowship. Now, what they’re saying I called Rapaport isn’t exactly accurate. The lawyers recommend we don’t into detail on if I called Michael Rapaport what they said I called him (I can’t speak for other’s here at Barstool, but personally the only times I referenced the defamation in question was when I simply alluded a specific virus lasting forever – Which is a unfortunately scientific fact). To each their own. But friends are friends for a reason, and nothing breaks the bond of friendship. ESPECIALLY the kind I have with Howard and his crew. Thank you, kind sir. Not only for being my best friend, but for talking about Barstool in a positive way (this time, at least, s/o babydick) and someway, somehow acknowledging indirectly that I exist.

If anything, we may have to thank Rap-A-Bum-Bum for all this great publicity and enhancing my career to amazing heights. You da man, Rap! And good luck to Baba Booey’s Fantasy Football team! Gooooooooo Herpes Ridden Failure! 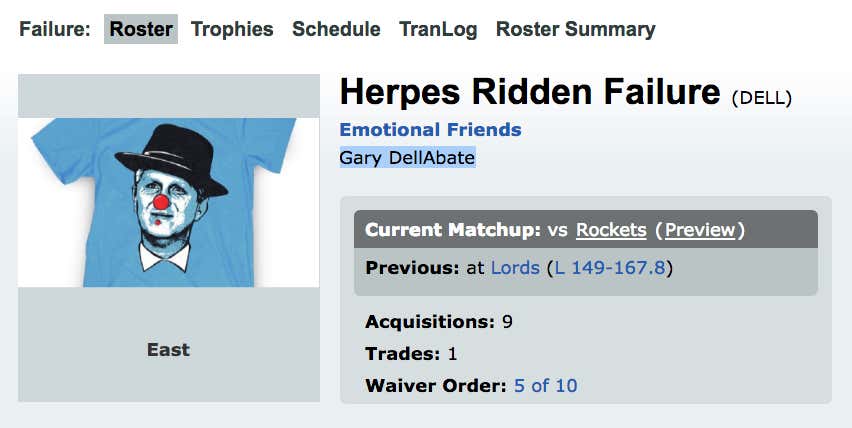